Mmm, that was deep 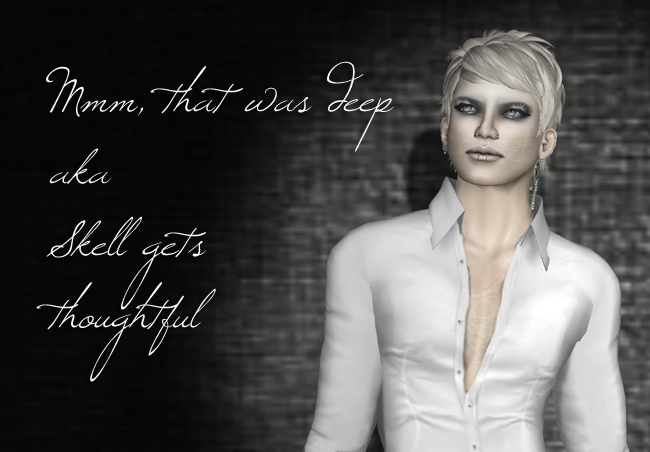 The next time you’re having lunch in the restaurant/canteen/cafeteria at work, take a look around you. It may not be the same everywhere around the world, but here in the UK things have definitely changed in communal dining areas in the past three-to-four years. Whereas once the average workplace canteen buzzed with the low-grade hum of chat and banter, lately they’ve grown quieter.

Why? Everyone is focused on a smartphone. Eating with one hand, scrolling down Facebook posts with the other hand, followed by the occasional rub over the phone’s screen with a paper napkin when grubby fingerprints make it too annoying to read. It’s grown so prevalent that there’s now even a name for it: Phubbing – that is, snubbing someone you’re in a face-to-face social situation with by paying attention to your phone instead of to social interaction with them.

I do it, too, but mainly because my work colleagues are all doing it and the table I sit at is silent. I get fed up of watching the tops of people’s heads, and of any attempts at conversation being met with a distracted, “Mmm,” as the scrolling and replying continues. So, I pick up my phone and check my usual online places, too. What else is there to do in the space where social interaction used to be?

So, what does this have to do with Second Life, Skell? If you just want to whine about being Billy No-Mates, go outside and get some sunshine while you eat!

Right. Actually, I was thinking the other day about the Chicken Littles that claim the Windlight sky is falling every time Linden Lab introduces something new to the grid. I don’t much frequent the SL forums these days (not since the destruction of the original ones, where dissent was still allowed) but I do glance over them now and then, as well as keep an eye on several blogs.

Windlight. Homesteads. Tier increases. The buyout of SL Exchange. LL taking commission from Marketplace purchases. Pathfinding. Mesh. Materials. Server-Side Baking*. Linden Lab’s focus on other things as well as SL (Creatorverse, etc). You name it, it’s been cited as a ‘reason why SL is dying’. And, cropping up most frequently of all, the continuing decline in the number of private regions.

(*I will admit that I’m a tad leery of logging on while wearing anything I’d hate to get accidentally corrupted, either in my inventory or on the asset server until this code is clearly okay. I still haven’t forgotten what happened the last time LL rolled out some big code to Le Tigre regions – two of which are mine and Daros’s home locations – every single ‘stitching type = none’ sculpt turned irrerversibly into torii overnight. Even a rollback didn’t fix it; they were fucked up for good. I’m certain that LL wouldn’t roll out the SSB code without having fixed the potential asset server corruption issue discovered a few weeks back, and I am running a compatible viewer, but…)

So, is Second Life dying? Only in the way that we’re all dying: slowly, one day at a time. Yes, of course Linden Lab could pull the plug at any time (and I’d be screaming along with the rest of you), but in the end? Second Life is a business, and it has to make money somehow. That’s what seems to be behind the Chicken Little claims.

If LL appear on the outside to be losing money or ‘clawing it back’ somehow (Marketplace commissions/not lowering tier costs/losing private regions) then clearly there’s trouble at Battery St!

Let me ask you something: What are you, as a resident of this virtual world, doing to help keep Second Life living? I’m not talking about your financial donations to LL, in the form of tier; I’m talking about keeping the non-‘real world business’ bits of it going. The personal stuff.

Are you visiting those costly private regions, donating a few L$ to their tipjars after you’ve spent hours enjoying their lovingly-created spaces (or using them as background for your fashion blog posts), and buying their items inworld? Are you encouraging creators by leaving Marketplace reviews or sending them a ‘thank you’ notecard for an enjoyable inworld experience or great service on an item you purchased?  Or are you sitting in your skybox or on your platform, chatting on Plurk with your SL friends and purchasing only from Marketplace (where, remember, LL takes a cut from the creators’ profits on everything but the lowest-priced item. Even a L$5 item loses L$1 to the Linden Gods) and expecting the world to just keep on going around you without you doing anything whatsoever?

Stop howling. No, it isn’t all down to Linden Lab to keep your virtual world running smoothly, just as it isn’t all down to your country’s government and local authorities to keep your real world running smoothly. YOU have a part to play, too, even if you only exercise the bit of it that means voting out the government because they’re fucking things up. What use is it having a recycling scheme in place in your hometown, to help safeguard the future of the planet, if you can’t be arsed to spend five minutes in your busy day sorting out your plastics from your paper? One person’s efforts won’t make a difference? Lazy thinking. Go tell that to every individual fighting for freedom or democracy around the world: that they may as well each give up because it’s not worth their individual effort.

If (god forbid) you had a heart attack in Real Life, would you continue eating fatty food, smoking 20 a day, and boozing it up every night down your local? Unless you had a death wish, most likely not. You’d eat healthily, give up smoking, and limit your alcohol intake to an occasional glass of red wine with an evening meal.

The RL social interaction I mentioned at the beginning of this post is also happening in SL. Yes, there’s still group chat (when it works!) but try stalking a lucky chair or hanging around a riotvend to bring the price down. Tens of people, all standing in one place… in complete silence. Now, try typing something in chat. It doesn’t have to be witty; just be sociable. Make a joke, complain that your avatar’s feet are hurting because of standing around in heels all day. See what happens.

Does anyone respond? Sure, many of the people around you might not speak your language. But keep trying it, in different places. Occasionally you’ll get a response, more often you won’t.

Why the hell don’t people TALK inworld anymore? Second Life is as much a shared social space as the workplace canteen, and what do we do? We’re chatting in IM, we’re messing around on Plurk/Twitter/Facebook. We’re sorting our inventory and have two giant windows open, blocking the view of everything except the lucky chair letters (okay, that one is at least productive in an SL sense!)

Fuck knows, I’m not the most sociable person in real life. It may surprise you to discover that I’m something of an introvert, and in new-to-me locations where I have a lot of people around me, the social mask has to slide down over my face so that I can be the perfect chatty and witty guest… and then I need to go home and be alone for a few hours to recover my internal and emotional equilibrium.

In Second Life we have (among others) four amazing things:

1 – The distance of actual, physical miles and a computer screen between us and other people. This is our social safety net, because we can press a button and we’ve clicked our heels three times. We’re home, alone, safe.

3 – In contrast to #1, we also have the closing of distance. My beloved Daros lives thousands of miles away from me, but when we’re logged on together and cuddling on a couch, I can practically feel the warmth of his love around me.

4 – We can be our true selves here. Not the selves that the world expects of us, but the selves we know we are inside. The real world demands that we wear masks, but this virtual world lets us pull that mask off and recover our internal and emotional equilibrium.

Look, I’m not a business analyst, although observational and analytical skills are key to my RL line of work. But, the way I see it is this:

In the beginning, Philip made Avatar. And he saw that it was good. He let Avatar fly and throw grenades to change the world around him. And that was good. He gave Avatar creatures to watch over, that ate each other and grew bigger. And that, too, was good. But something was missing.

So, Philip made Woman, and she called herself Steller Sunshine. And, when Philip left Steller alone while he slept, she forged a world with her hands, by the simple expedience of creating a home for herself.

In those few hours, the future of Second Life changed into what we have now. It went from a world where its creators didn’t quite know what to do with it, into an expansive, explosive, utterly fucking WONDERFUL creative space, where Avatar would learn and build and make and hack (white hat, of course) the creators’ own tools to make even better things.

So, while the Linden Gods could just power down Battery Street before we’ve had a chance to build our mesh arks and sail away for the lands of OpenSim (and the “I told you so!” of the OSGrid), in the end it is down to us – Avatar – to keep this prim-n-pixel world going.

Explore. Thank people for wonderful builds. Encourage creators. Shop inworld. Leave your platform. TALK. Put on the mask, if you have to, but recognise YOUR responsibility to this world we inhabit.

We are Second Life’s heartbeat. Get out there and administer a little CPR.