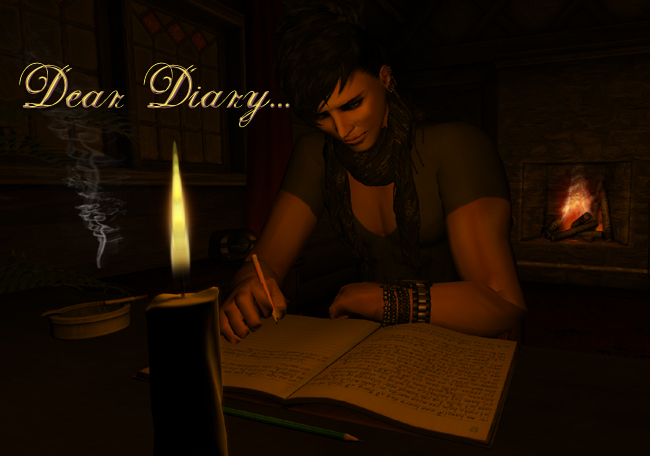 Or, rather, GB City is done. I’m still around, and will be for as long as SL is still kicking and screaming. But I took a long, hard look at my transaction history today, and realised that – much the same as home taping was supposed to be killing music – so Marketplace has killed my inworld store.

In the last month I have had a total of 87 transactions: people purchasing things I’ve made. 86 of those were from Marketplace, and just ONE was from the inworld store. We get plenty of visitors  to GB City, but they never go beyond the landing point. Why? Well… that’s where the lucky boards are. (And yes, I’ve tried out various things, from moving the lucky boards [in which case people stop showing up altogether, because they’re too lazy to go looking for them] to building an entire roleplay location with Daros, to try and boost visitors to the area.)

I’m sorry, guys, but I can no longer justify paying for an entire region of tier (not to mention paying for a weekly classified ad) just so you can get a freebie. GB City will be closing this month and our stores will move to being Marketplace-only. I’m going to tier down to a more affordable level, so I’m no longer paying almost £250 a month for nothing. It’s long  overdue, but I’ve hung onto all of that land for as long as I could. It took us a long time (and a lot of money) to obtain it all, and I suppose that now we’ll probably end up surrounded by shitty, lagtastic mainland-type homes full of poorly-scripted waterfalls and horses (dear god, the memories I have of some neighbours who lagged the sim to fucking soup, but hey-ho).

I could be doing much better things with that £250, which right now I’m effectively throwing away. If people would bother to shift their arses out of their skyboxes and actually go around and shop inworld  then it might be worth keeping, but since most people are too lazy to even leave a fucking review on a Marketplace item, I’m not going to expect them to haul arse to anywhere except the latest lagged-out special events that only the big-name creators get to sell at. Fuck the rest of us little guys, eh?

Bitter? Me? Yeah, I kind of am. Almost ten years in this place and I still go out to visit stores in person and shop there. It’s a shame that so many other people can’t be bothered to do that anymore, and prefer to shop from an online fucking catalogue.