Catwa Clip released Daniel, her long-awaited male Bento head last night, and the store was crammed with avatars waiting to pick up the demo. I was one of them, and after playing around with it for a bit, I dug deep into Skell’s wallet. Because, well… damn, Daniel! 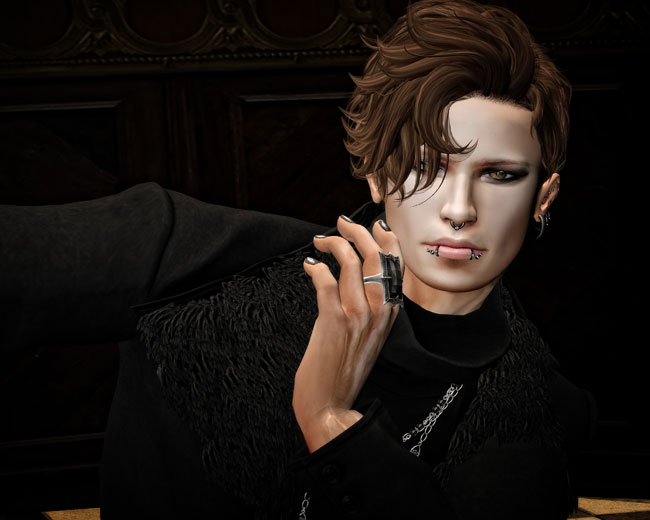 I’m going to be tweaking for a while yet, but this is as close to Skell as I’ve managed to come so far with this head. And yes, there are frustrations for me when it comes to applying combinations of makeup, eyebrows, and hairbases (which is why I’m wearing a skin that comes with brows, for now) but I’m pretty certain that’ll all come much more easily once I get used to the HUD and its various workings.

I know I won’t be able to layer makeup like I can on the system head (you know me, my sartorial darlings: there are five makeup layers on the avatar head, and I tend to use them ALL) but I’ve been experimenting with the Omega makeups that I do have, and I’ll be hunting around for some Catwa-specific ones soon. (I already have some by Slackgirl, so I’ll be looking into those a lot more.)

So here he is, my lovelies. Bento Mesh Head Skell. Nah, that mesh bonce won’t be a permanent fixture on his shoulders. Mesh heads will still be fashion accessories to me, especially since I know I can do so much more with Skell’s system phiz. But I’m pretty happy with this one. 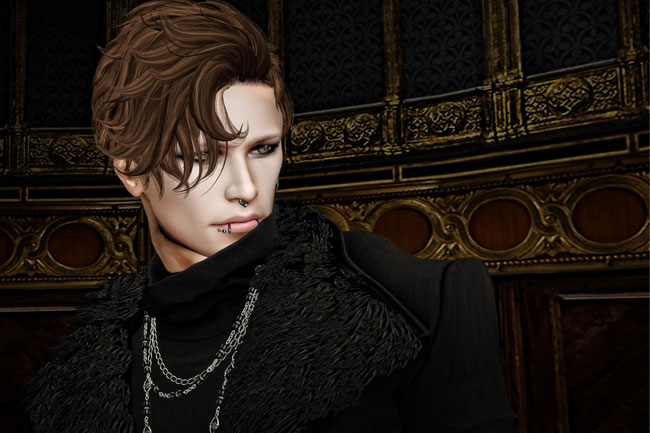 I suppose I’d better give you a quick rundown on what he’s wearing, other than the head, right? The hair is Tableau Vivant for the current run of The Mens Dept, and the coat is sYs, again for The Mens Dept. Jewellery by Maxi Gossamer, piercings and earrings by Kibitz, makeup by Sn@tch, and eyes by IKON. 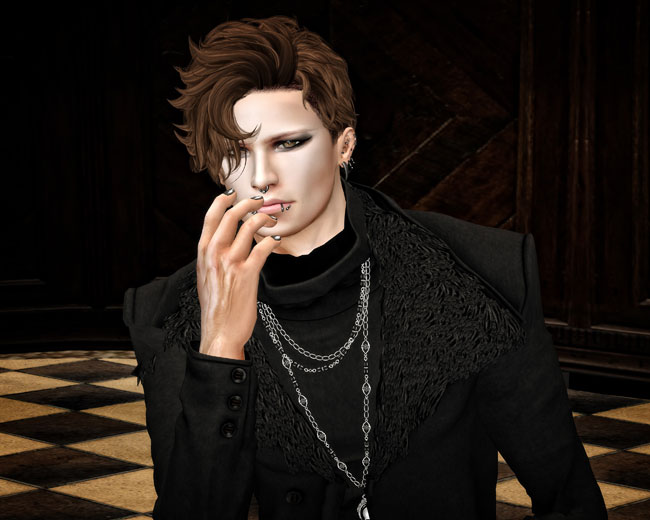 The skin is a special release for the Daniel head (although it’s not exclusive to it) by L’Etre. Please note that if you use Slink hands and feet, you’ll need to buy those appliers separately. For this look, Skell needed the head applier (also comes with a system skin), Slink body applier, Slink hands applier, and Slink feet applier. Other mesh body appliers are also available, including Omega. 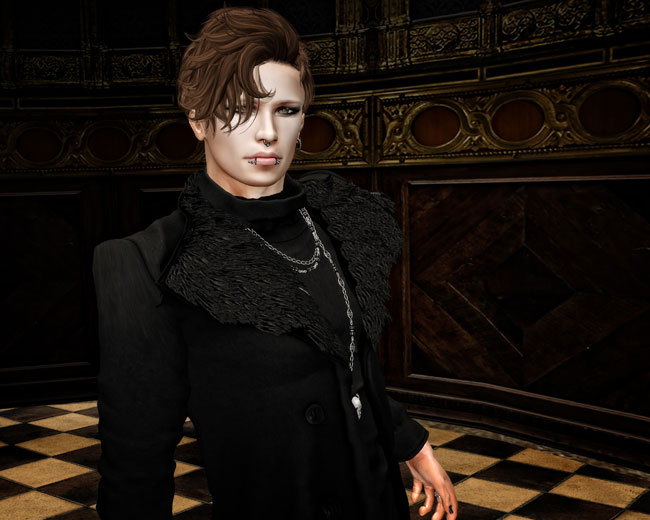 The Daniel head is L$5000, and you’ll earn store credit for each purchase at both Catwa and L’Etre. 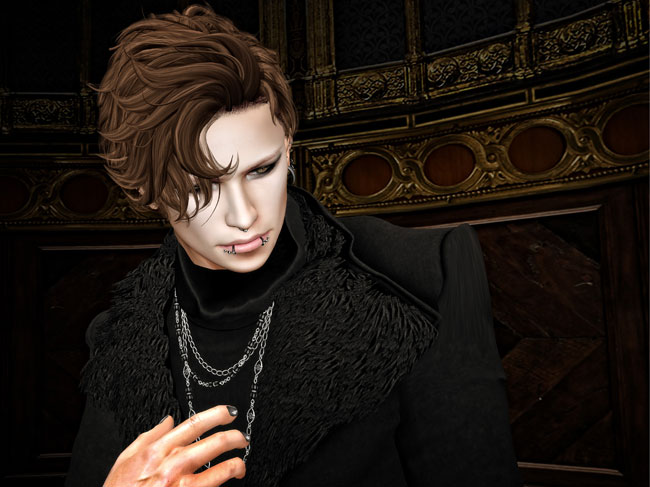 Poses: Boys To The Bone