Today’s Monday Meme, my sartorial darlings, is all about what Second Life has made us learn. Learning is a lifelong process, and—while it may not seem obvious that you’re learning something—you’re doing it every day of your life, in some way or another.

I’ll be illustrating this with some steampunky images, featuring new releases from A:S:S Decades and IKON, plus some of my own creations, as that’s kind of relevant to this post.

Meme instructions: Share things that you have learned because of your involvement in Second Life, either personally or professionally. Don’t forget to leave a link to your post in the comments so others can come by and read your answers as well!

1. 3D Modelling
I guess this one’s a given for anyone who has built anything in SL. 3D Modelling doesn’t have to mean full CAD software or programs like Maya or 3DMax; the built-in SL tools are also 3D modelling, and both Daros and I started making stuff within a few months of arriving in SL. I still have some very old screenshots of my early stuff, created way back in 2007. I didn’t have a clue what I was doing, and most of my early creations came about from experimentation and simple play. “What does this do? Oh wow, I like that!” etc.

The table and chair set, lower-left, is the very first thing I made in SL. To anyone who came in recently it will look amateurish and laughable, but back then it was incredible that we could do this stuff. We could make things, let our imaginations run riot, and then even sell these things! 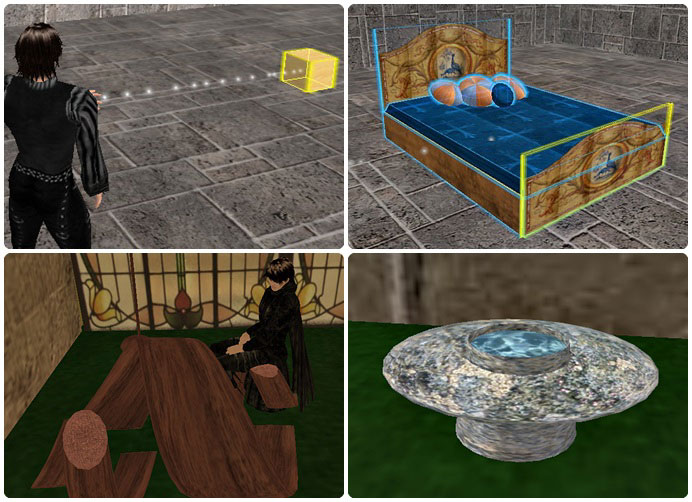 And I’m about to start (finally!) learning Blender, now that I’ve found a set of tutorials that I fully enjoy watching, that explain things simply and clearly.

OK, old pictures out of the way, and let’s move on to the new stuff.

2. Running a business
In the real world I’ve always worked for other people, until very recently. In SL, though, I’ve been able to run a business. Sure, to me it’s more of a hobby that I pick up and put down, and I don’t give it as much attention as I probably should do, but nonetheless I make things, I market them, I sell them, etc. I use update groups and Subscribe-o-matics, I create ad images, I write (hopefully!) entertaining notecards that draw potential customers in to buy new releases, etc. 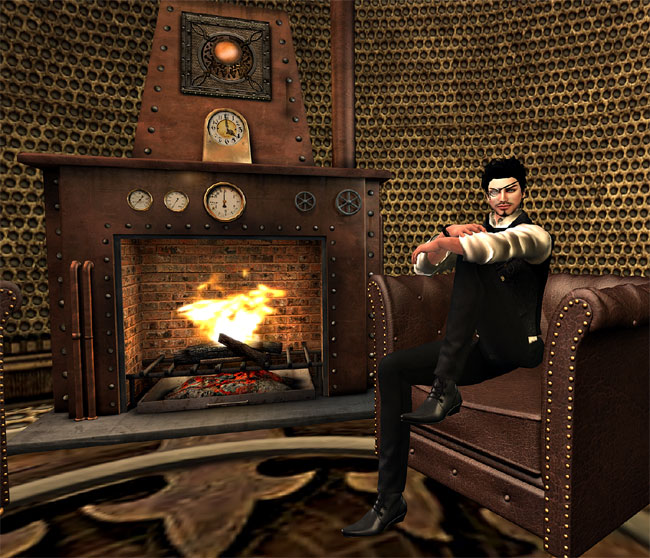 3. Dealing with rude people.
Unfortunately, as Berry noted in her original post, the internet affords some people the cover to be pretty damned unpleasant to others. As a business-owner I’ve been on the receiving end of extremely-rude customers at times, and as an avatar-at-large (particularly one that doesn’t tend to follow the visual ‘norm’ expected of a male) I’ve been subjected to some nasty comments from other avatars in general.

Out-and-about, if I get abuse, I usually ignore it. I’ll mute that person and move on. If it’s severe or I’m being physically bumped into, I’ll teleport out, and—if it’s in a store—I’ll contact the owner to let them know, as I did this one time in Redgrave where I was called a paedophile by two child avatars just because of ‘the gay thing’. I’ve had guys come up to me in stores and scream, “HEY FAGGOT, WHERE’S THE HAIR IN HERE?” and both Daros and I have had guys walk into our home when we’re cuddling and say, “Ugh! Why can’t you just be normal?” I’ve had people telling me they hope I die of cancer (makes a change from AIDS, I guess) and… yeah. It doesn’t happen all that often, but when it does I tend to withdraw and go into a building frenzy. The last time some idiot subjected me to homophobic abuse I retaliated by making a glammed-out and proud freebie skybox. It’s still available at my store and on marketplace, if you want something blue and gold and OTT to use as a backdrop, or to live in.

However, as a business-owner I can’t afford to ignore people. A person receiving good, polite service may tell one or two friends (or, more usually, nobody at all) but a person receiving rude or unsatisfactory service will tell every damn person they know. It’s not worth the risk of upsetting someone when their opening gambit to you is along the lines of: “I bought XYZ from you and WTF? Is this a joke?”

Yes, that actually happened. The person concerned hadn’t read the Marketplace listing correctly and was upset that a fully-enclosed skybox didn’t have a door. I ended up refunding them the L$50 they’d paid, and I bit my tongue on the “next time, READ THE FUCKING LISTING!” that I really wanted to say. 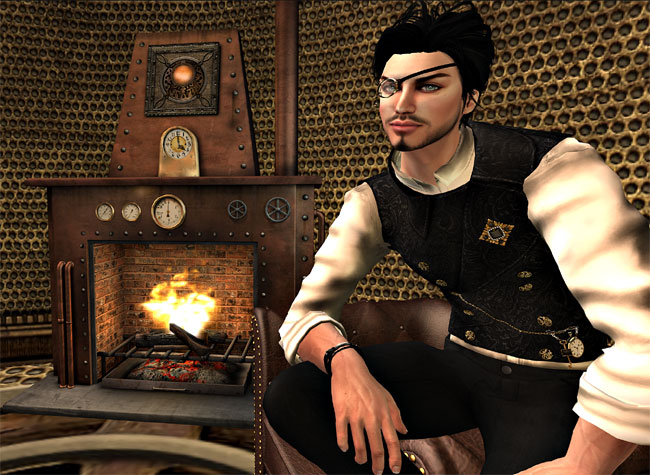 There was a time when I played it (mostly) safe in my fashion choices inworld, and it wasn’t until I started using the then-Phoenix viewer and discovered multiple attachment points that I went gung-ho with the fashion. The first outfit that I put together using all of this new stuff (I recall at the time I could also use tattoo makeup layers around then, too) was a crazy thing, overloaded with about three belts, two necklaces, and a big flowery eye patch. 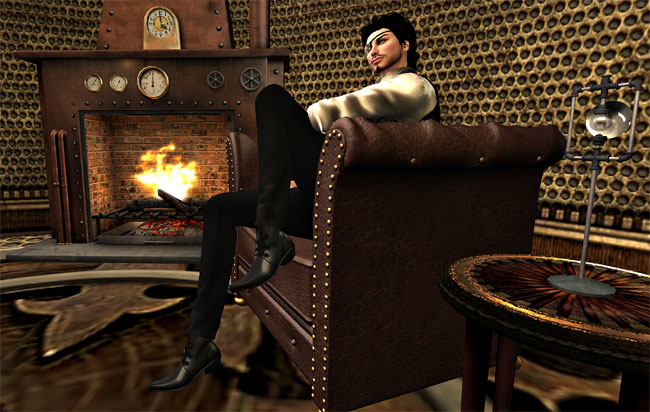 5. How to say ‘no’ and not feel bad about it.
And it gets even weirder, I know. Two things work against me with regard to learning that:

So now I simply steel myself and come out with something like, “No offense, but I’ll have to refuse. It is  in my profile that I don’t accept any friendship offers. I keep my list very tight; just my boyfriend, and one other person.” If they wanted to friend me so they could contact me at a later date (say, they’re a content-creator or manager of a store and I’ve asked them to check something) then I’ll offer to send them a calling card they can use to get in touch with me instead. (A little hint there: when doing anything that could be construed as negative, always offer a positive or another solution.) 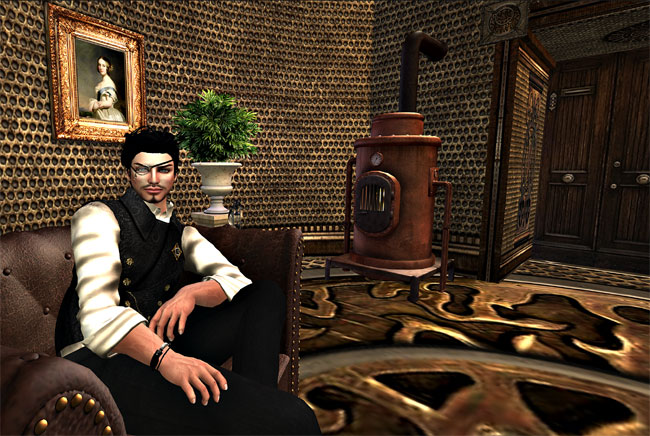 6. A fascination with how things are made.
I kind of always had this (as a kid I had loads of those “How Things Work” books) but these days I walk around daily life and look at things, and I wonder how the hell they could be made in SL. I’d walk past a row of terraced houses and think, “I like the look of that little porch; wonder how many prims that would be?”, and I’d keep staring at it, mentally breaking it down into cubes, tapering, shearing, and suchlike. It’s added a new layer to how I look at the world.

I guess SL has probably taught me a lot more than that, but those are the things I can think of off the top of my head.