Daros and I have been having so much fun in Venexia since the changes to the sim were announced. They’ve breathed fresh life into our roleplay, now that we’ve changed our race to Paesani (human). The roleplay on The Redemption (the ship that’s the Paesani ‘safe haven’) has been great and, while the Pae are still a small band, they’re a happy few: a band of brothers (and sisters), all with interesting backstory.

The Paesani have laid claim to the docks, but the Jakaal (Venexia’s equivalent to Lycans) have claimed The Slaughtered Lamb, which is the tavern directly opposite the main bridge to the docks. I plan to stand on the safe side a great deal, and pull faces at the puppies in the pub ;-)

Our clan is L’ombre, and Daros is Baldassare (second-in-command). We are the humanity of Venexia, fighting to reclaim the city from the clutches of the undead. Yes, there are other humans – the Borghesia – but don’t speak to me about them. *yells across the sim* “COLLABORATORS!”

We’ve rented a small room on the dockside (directly opposite the bridge to the city – ack!) It’s not much, but it’s a home, and it gives Skell a place to brew up his weird concoctions of healing herbs, not to mention the pouches of various smoking herbs that he relies on rather too regularly… 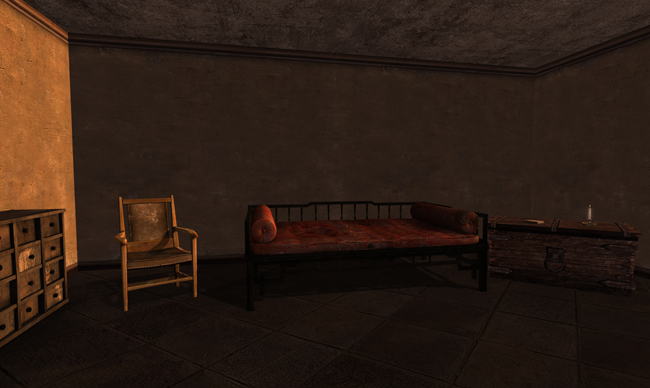 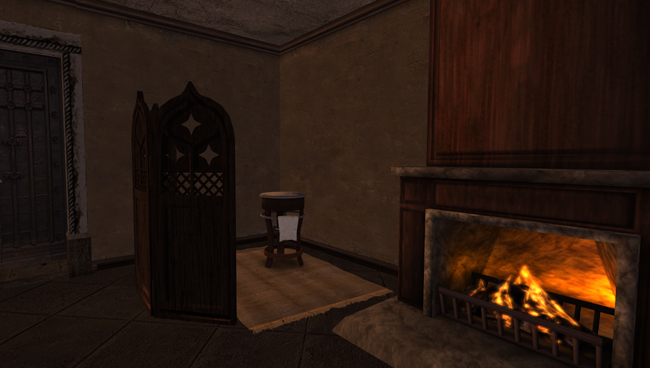 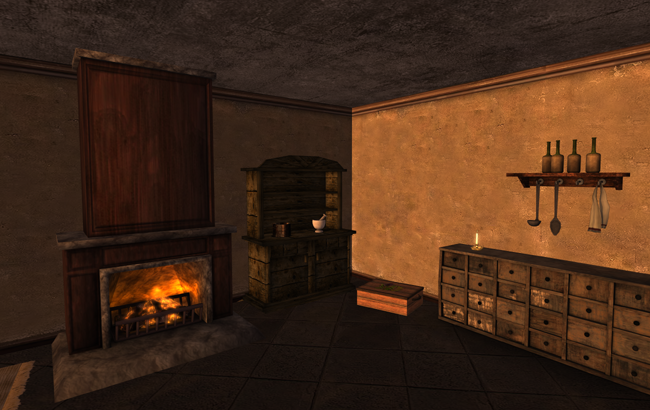 The entire home is furnished for a total of 53 prims. The fireplace is especially great, at  just two prims: one for the fireplace itself and one for the chimney. Fabulous for roleplay location rentals, where prim count is often tight.

We have two captives aboard Redemption, vampires both: a Cainaanite (traditional Lestat-type) and a Lilitu (demon-type). Skell has been guarding them in their cage on deck. Whether they end up eating each other isn’t his responsibility. *shrug* If one decides the other is dinner, you think I’m going to step in there and pull them apart?! 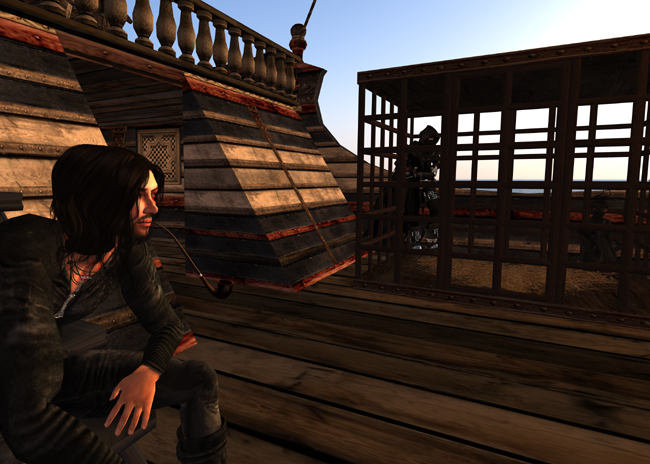 Mind you, catching that Lilitu wasn’t easy. It might be small, but it put up a helluva fight. Skell ain’t looking too pretty right now… 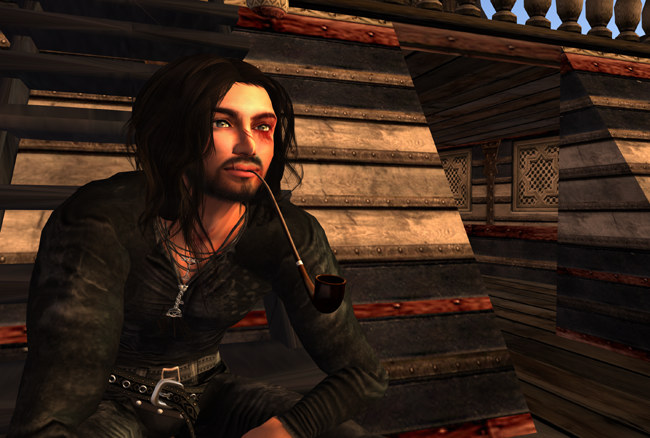 But, for better or worse, this is where we Paesani find ourselves. This is our home. This is our haven, and this is where we must try to find our freedom. Pick up an explorer tag, and come and add your story to ours.