The tale of a boy who never asked to be what he was.

Once I had the rarest rose that ever deigned to bloom,
Cruel winter chilled the bud and stole my flower too soon.
The loneliness of hopelessness, to search the ends of time,
For there is, in all the world, no greater love than mine. 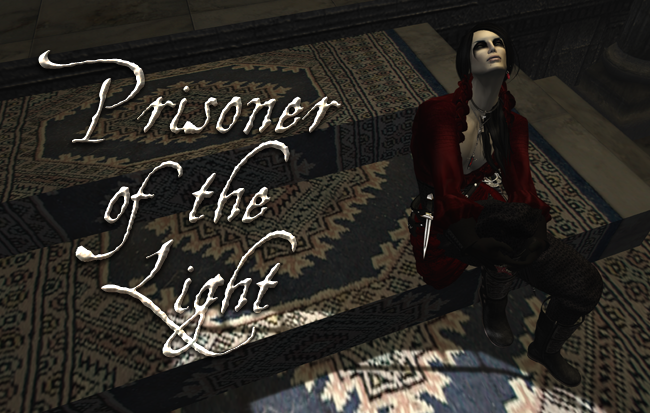 Centuries ago, he fell under the spell of a man. He loved and was loved for seven years, but only at night when the darkness crept into his rooms. He had been young and poor then; scratching a living from his words. A few shillings here and there, paid by the penny dreadfuls for his twisted little romances. The man had read those romances, and tracked the boy down.

One night, the man brought the boy to the mansion where he lived: a huge, empty space, a home without a soul.

“I would keep you as you are, for eternity,” he whispered into the boy’s ear, the sweet snakes of his words twisting the boy’s gut and teasing assent from him. One bite, one sip, one last sunrise, and the boy was bound to the man for evermore.

And then, they came for him.

The boy was in his rooms, high in the mansion, when he heard them coming. 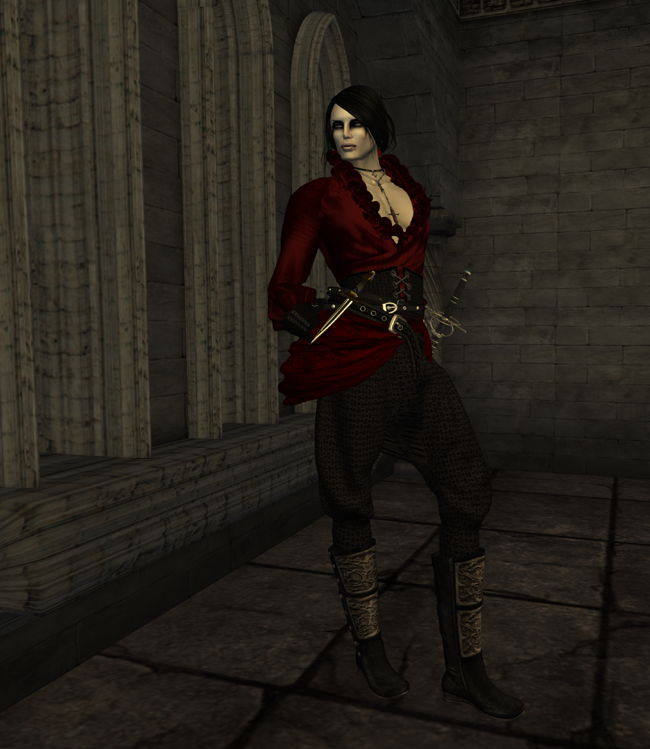 Seven of them: one for every year he had loved the man. They came out of the leaden night sky on leathery wings, and the boy watched them from the window. 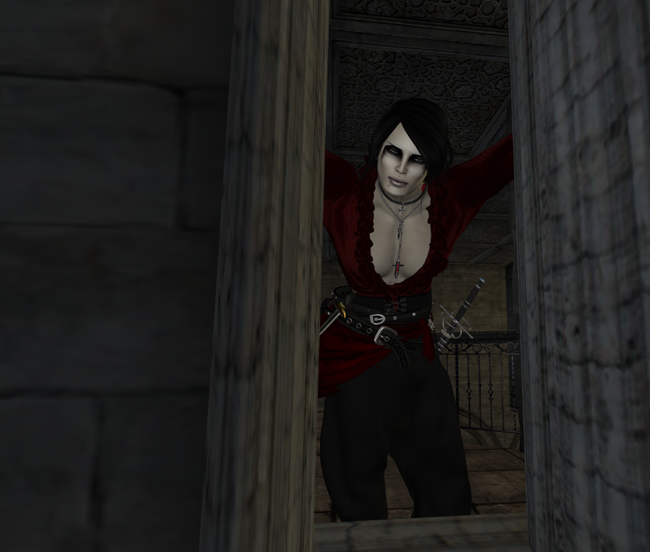 Bound as he was, he felt every blow, every cut, every bite. He staggered down the stairs, screaming at them to leave the man – his man – alone, but they laughed at him.

“Fool boy, you think you can stop us? We walk in the light, while your kind lives in terror of it. Weakling!”

Their will held him fast, forcing him to watch as his man was torn to pieces, reduced to ashes, excised from the world. When nothing was left but a shadow, they let him go as they vanished into the dawn.

For centuries he lived alone, wandering the shadowy halls and venturing out for sustenance with only the moon as his companion. 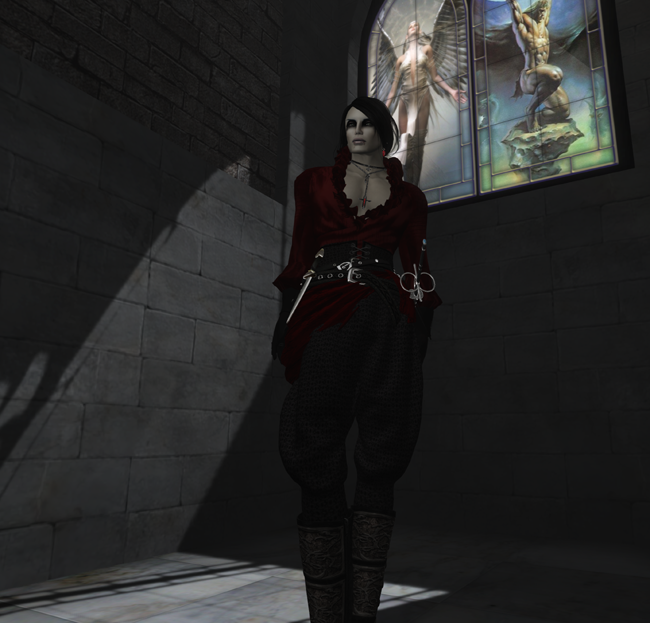 He’d thought his kind, with their empty hearts, could not feel such loneliness. Night after night and decade after decade proved him wrong. 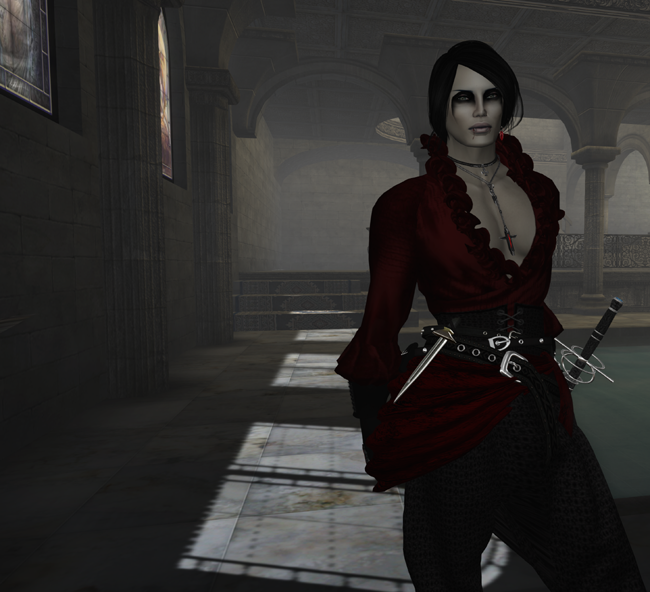 He lived in the shadows, staying close to the light, daring it to touch him, but always moving away before it could.

We walk in the light, while your kind lives in terror of it. Weakling! 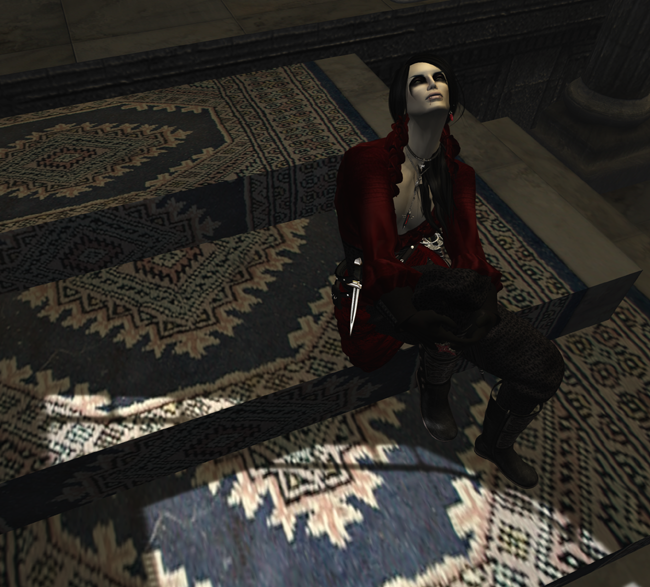 One afternoon, when the shadows crawled to fill the stairwells, he crept up onto the roof to stand under an archway and blink out at the sun-bathed world he couldn’t touch. 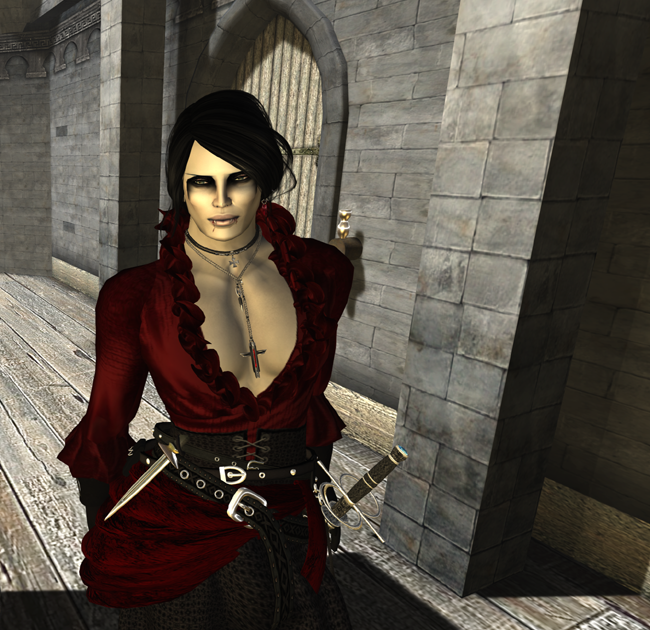 He watched the slow dance of the shadows towards him, taking one step back as the light caressed the toe of his boot. 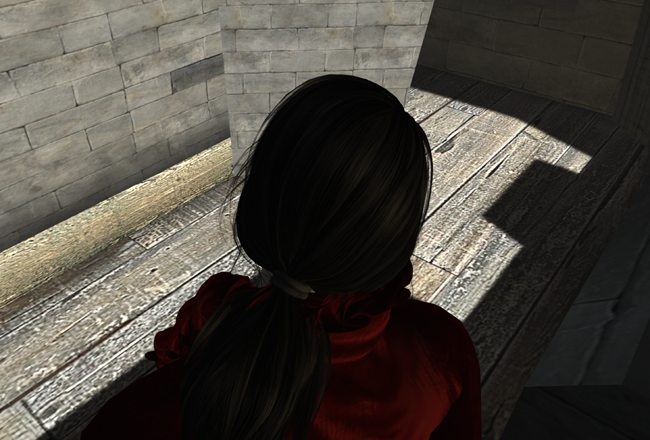 Hesitantly, he watched. Another step back. 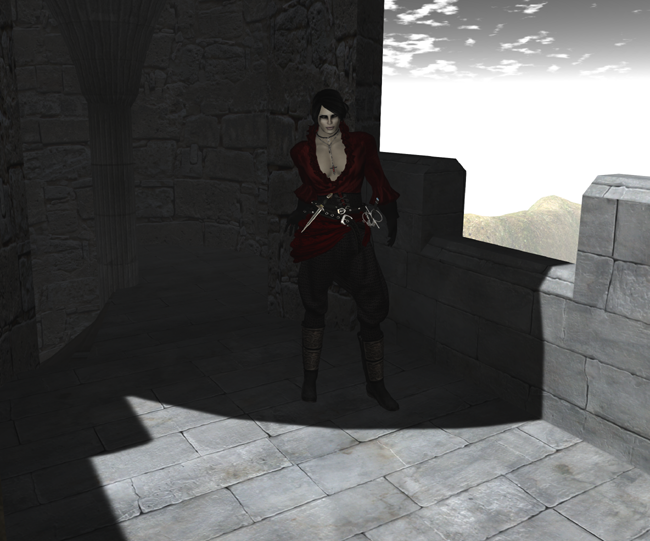 Your kind lives in terror of it. 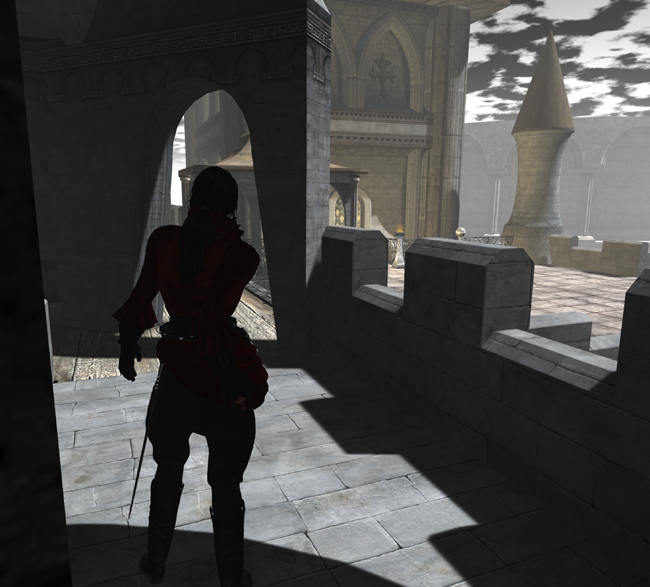 Carefully, he moved back down the stairs. The shadows never lingered for long in the stairwells, and he pressed his body close to the darkened walls as he crept back down.

He couldn’t do this anymore. The ache inside had grown in the few precious minutes on the roof.

He stepped towards the puddle of light that streamed down from the stained glass windows, instinctively raising an arm to defend himself from it. 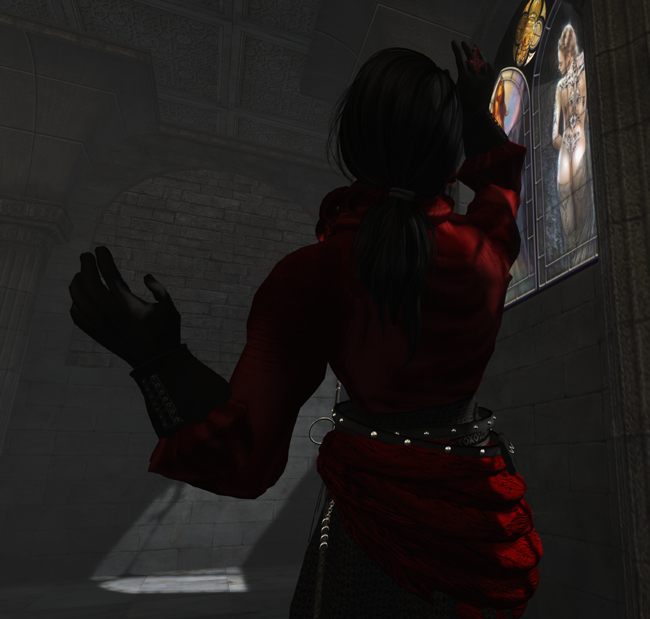 His man had faced eternal death without a single cry. He could do the same, in honour of his love, and he flung himself into the light. 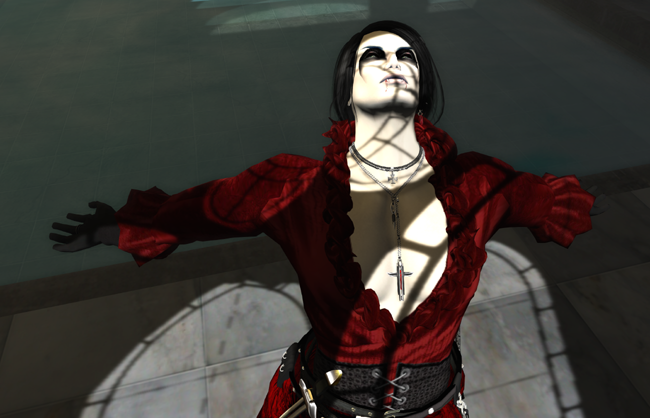 The afternoon sun was as warm as he’d remembered it on his skin, all those mortal centuries ago, when he’d been young and poor and spinning his little tales for pennies. 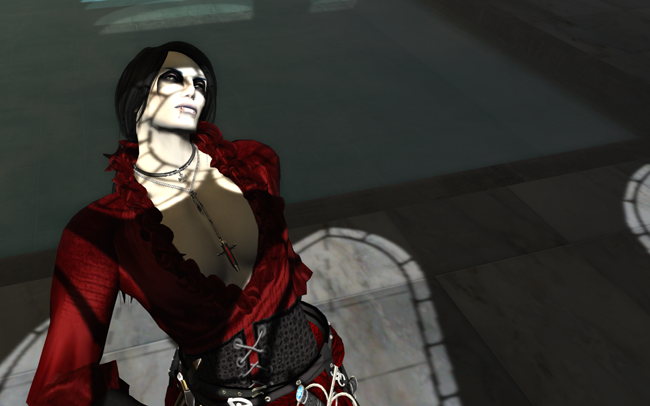 Why had he been frightened of it for so long? It was beautiful. 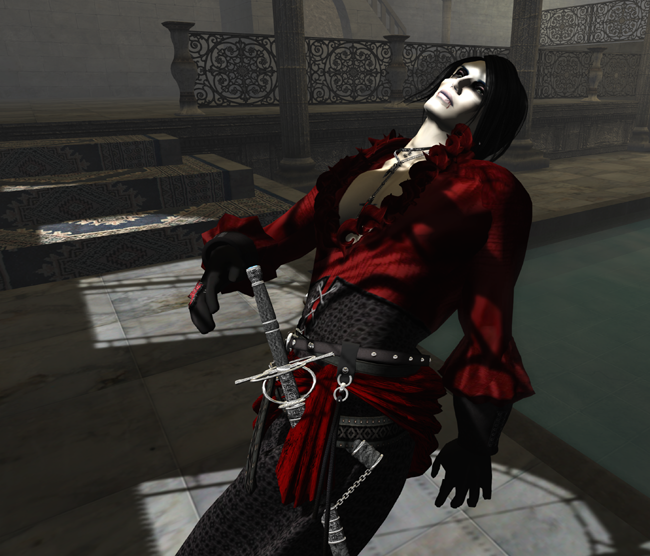 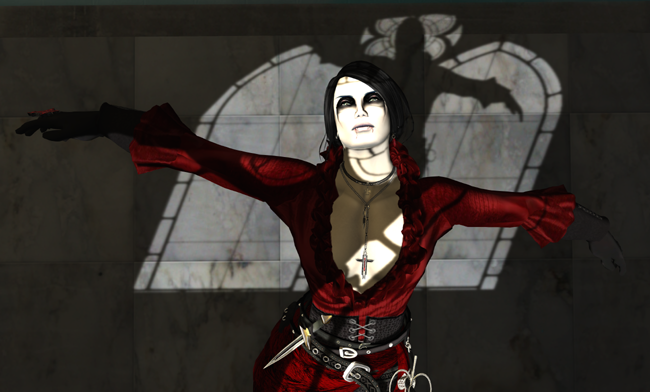 The endless… numbness… of… 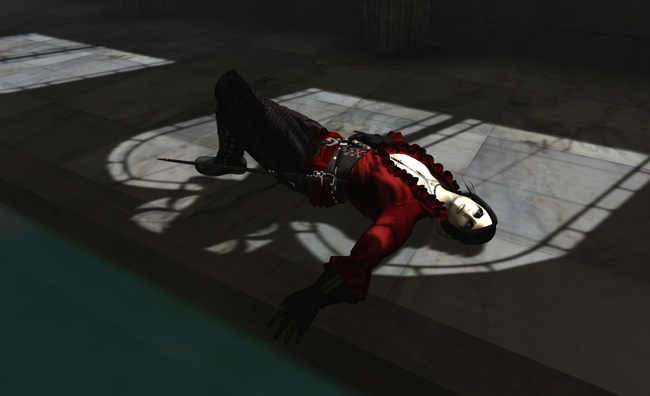 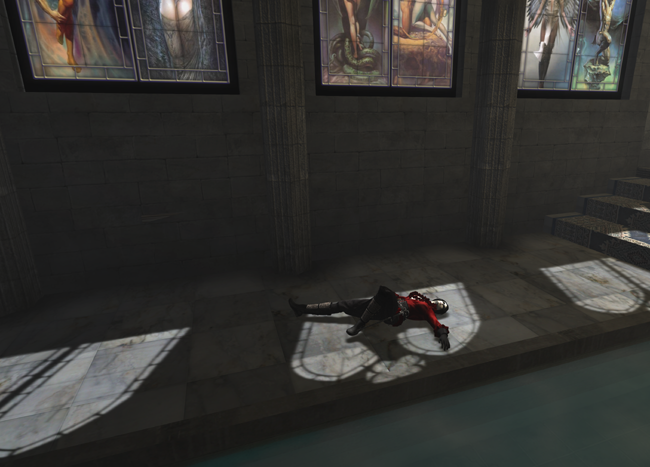 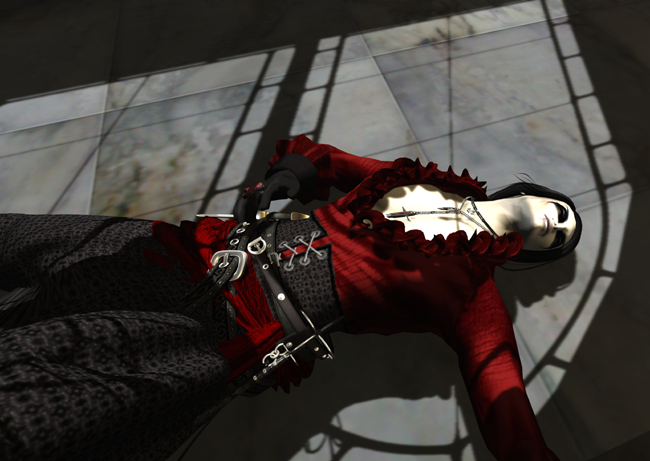 The boy’s beauty died under the light of the sun, never to rise again. 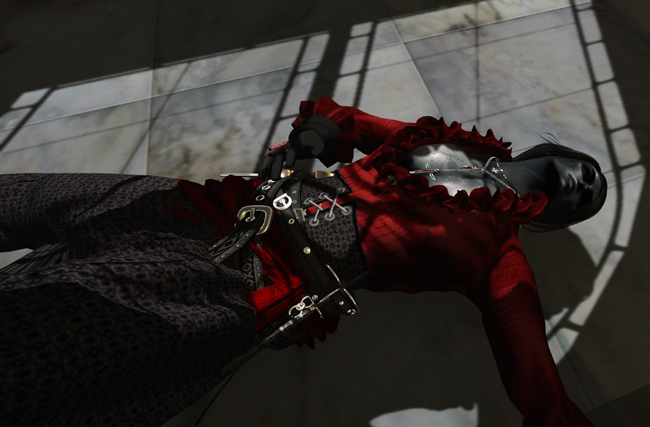 I have walked in the light… and now… 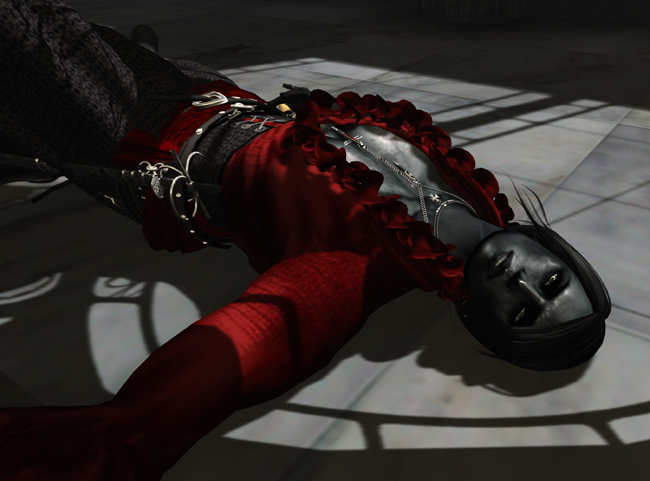 …I will have my vengeance.

4 thoughts on “Prisoner of the Light”