Crowley was in Hell’s bad books. Not that Hell has any other kind.
—Terry Pratchett & Neil Gaiman, Good Omens 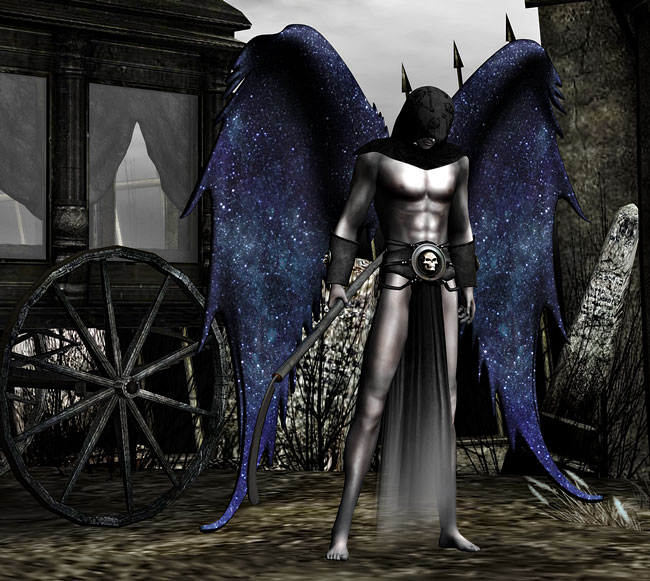 A Tattered Page is upon us, my sartorial darlings, and while I didn’t register to be ‘an official’ for this one (it was close, because this round’s book contains Pratchett, but I knew I’d be busy elsewhere and not able to dedicate time to blogging more thoroughly) I did receive Fallen Gods’ offering for the event, and once I’d unpacked it there was no way I wasn’t going to blog it.

I mean, come on; with a name like mine?!

This is Death (masculine) – and yes, there’s also a feminine version – and it’s about the only time you’ll ever see Skell in anything approaching a set of silks ;-) 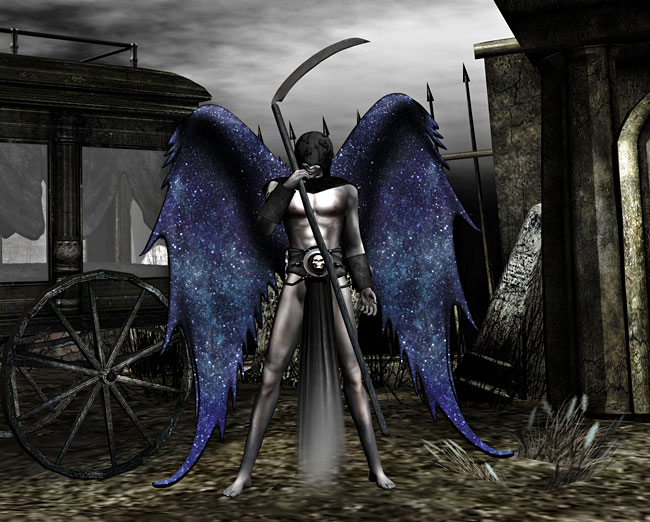 This is near enough a full avatar (excluding shape). It comes with two skins – ‘fresh’ and the version I’m wearing, which is called ‘stale’ – and tons of appliers for all your mesh body bits needs. You also get the outfit, including that big skully belt, silks, bracers, wings, cowl, and scythe. 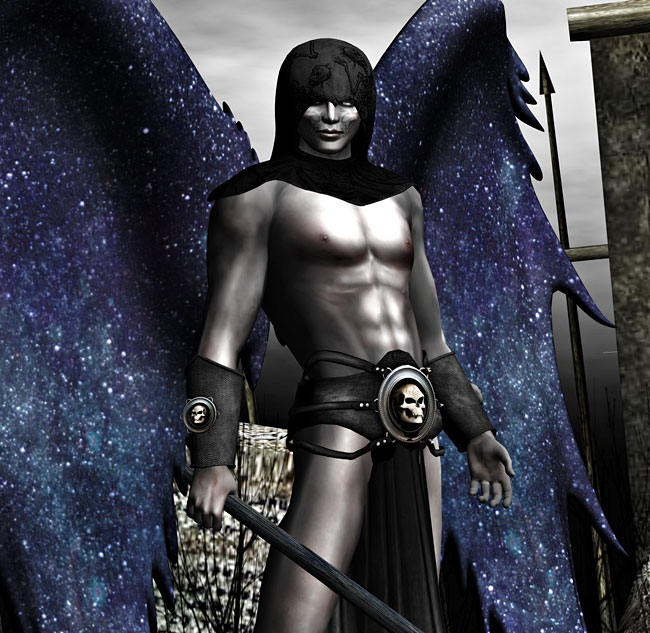 The hearse is a new release from Death Row Designs. It contains hundreds of animations (you can get either a PG or Adult version) and rezzable props. Fully customisable inside with different colours for both curtains and satin base. And the cemetery is the Cemetery de Morte by Pandemonium. It’s rather prim-heavy (399 prims and partial mesh) and rather big (64m footprint) but gah, it’s perfect. I’ll definitely be rezzing this come Halloween this year. I particularly love the hidden crypt area. Sneakily done ;-)

Here’s a view with different Windlight (because yes, I was playing around with it) and without the wings and scythe: 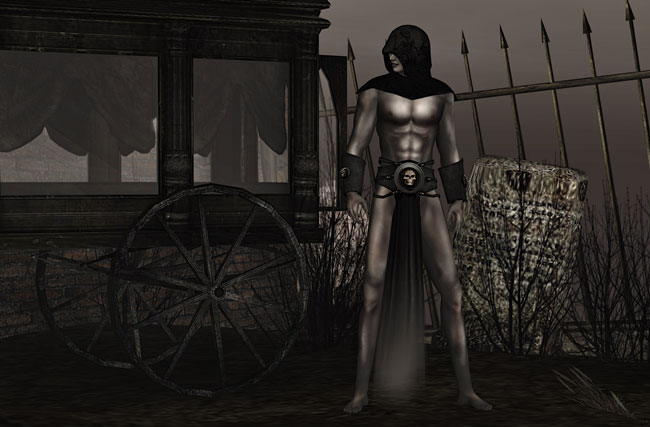 And, because I like to let you see the outfit as-is, in full lighting, here’s a studio shot to round the post off: 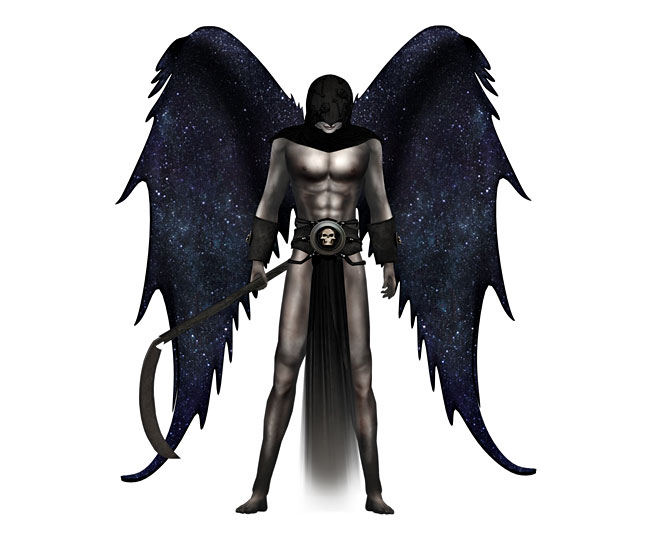 A Tattered Page, with the theme of Good Omens by Terry Pratchett and Neil Gaiman, runs until July 31st. More info here at their blog.