This look came together like a dream, my sartorial darlings. I picked up some of it at the Dark Style Fair, which closes on May 31st, but hopefully those items will be available in the relevant mainstores thereafter.

Let’s take a lo-o-o-ng scroll down the whole thing. Giraffe legs, me ;-)

I’m going to begin with those pants by FAKESSI, because yes they are fucking awesome. And yes, they’re female, but the small size works nicely on a guy; fitting standard sized hips perfectly without leaving you with stick-thin legs. There is  a tiny bit of dig-in at the base of the spine, so you’ll need a jacket or something to cover that, but for bell bottoms this good I’m willing to put up with that small limitation.

A word of warning if you want to buy these: TRY A DEMO, then try on every pair of footwear you own. These pants look like they’re designed to be either worn with bare feet or with flats. Most of my flat boots and shoes didn’t work with them, so you need to look at wearing heels.

The jacket is from a full outfit by Rfyre. I’m wearing the velvet jacket, but you also get a leather one in the pack. And I’ve accessorised with a gorgeous floufy-flowery collar by Zibska which sized up nicely for male shoulders. You might have to move a couple of the side prims, because sized up to Skell’s broad shoulder size, they did sit a little too high (unsurprising, because I think  [sketchy memory over here] it was a female item) but it’s well worth the small amount of fiddling to get it looking right.

The earring is another bit of fabulous from Swallow. It comes with a texture-change HUD for the metals and the gem stud. I almost went for a black gun, but changed my mind to silver at the last minute. And – just visible beneath the glasses – is Skell’s ever-present makeup, this time from Sn@tch. 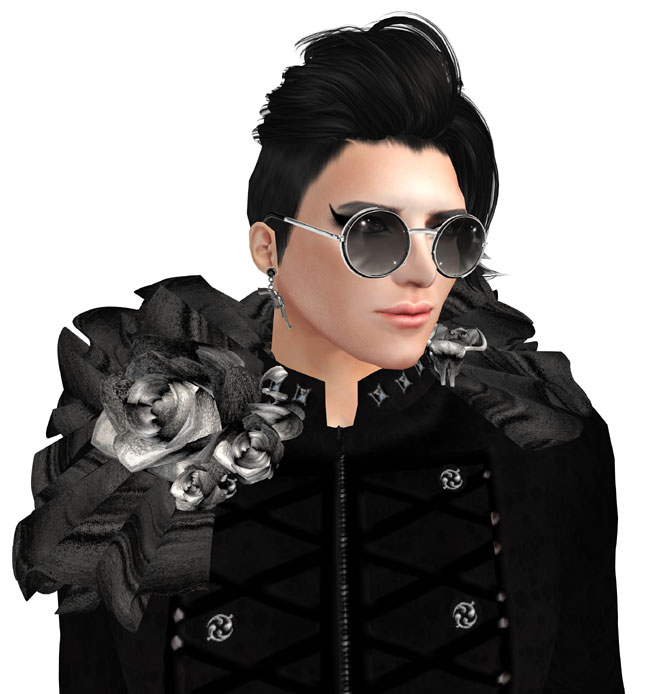 The gloves. Oh man, those gloves. How sexy are they? I picked these up from the Ducknipple stall at Dark Style Fair. They come with a HUD to change the nail colour, and – even though they’re rigged and ostensibly for women – you can size them up to look more masculine simply by increasing your hand size. You’ll need to go pretty big on that count (and that’s a trick that also works with Slink hands, if you have muscular arms and your mesh hands look too small to balance the musculature out) but it works nicely. I didn’t increase the gloves too much here, since I needed them to fit under the jacket cuffs, which are fairly tight. 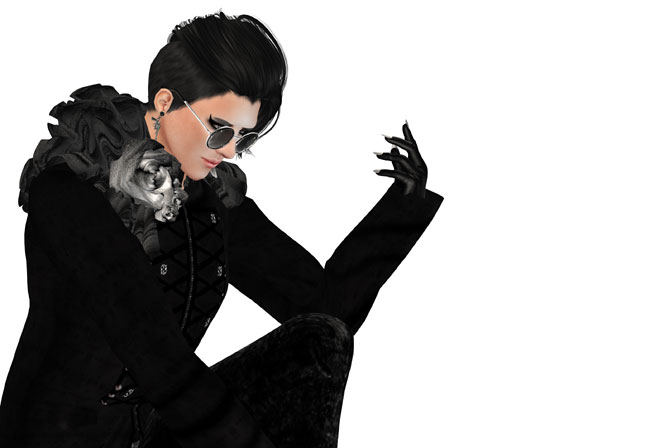 The hair is a recent-ish style by Dura. I could write reams about how much I love Dura’s hair textures. It can be hard to find a realistic black texture, but Dura’s has just enough shine to make it stand out. I don’t think the style comes with a hairbase (I know, I know; I’m useless today. I bought five styles from there yesterday and some came with a hairbase and some didn’t. Cut me some slack!), so I’m using one from a Damselfly style that I bought recently. 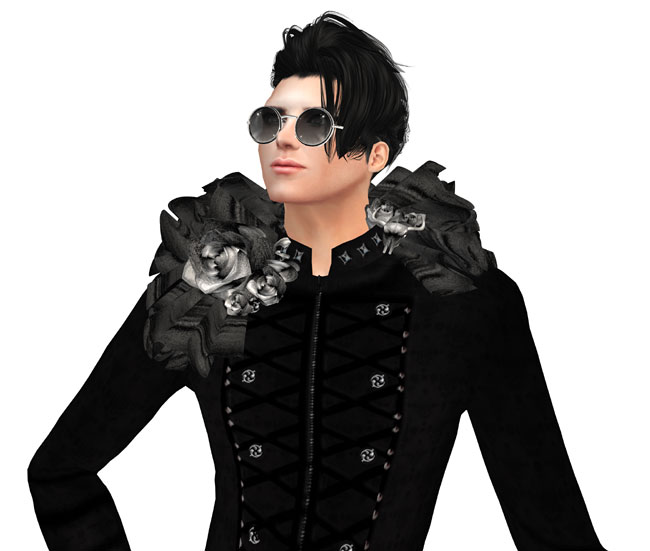 Sunglasses from ZOOM, and I’m wearing the translucent versions in the pack. You’ll get three of those and three opaque: one of each to wear, one of each to sit on top of your head, and the other… I can’t remember, because I’m not damned well logged in right now! (I think they’re display versions, but don’t quote me on that!) 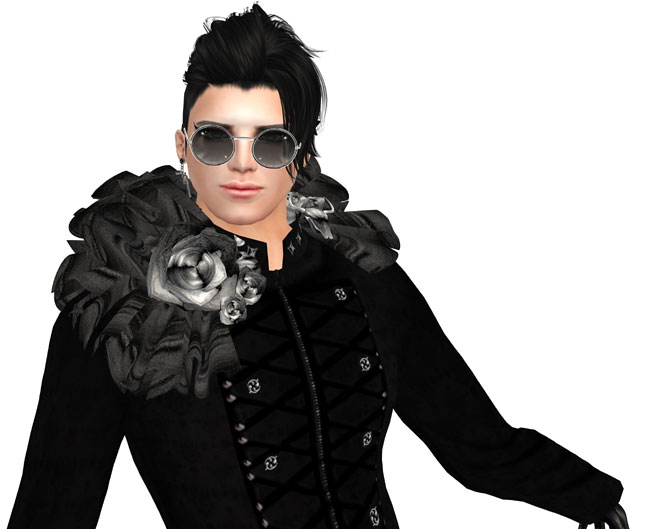 And, lastly, the boots that I’m probably not going to haul off my feet for some time yet. Fucking amazing heels (yes, for women, but including an unrigged copy that is manually resizable, and in one single mesh piece!) from Razor. Close-up on those in a sec, because here’s one final all-in look:

And here are the boots. Be still, my beating wallet. Taken from a completely different recent look (not blogged here, so click over here for the full images and credits on Flickr) they come with a humungous customisation HUD that’ll keep you happily clicking for hours. 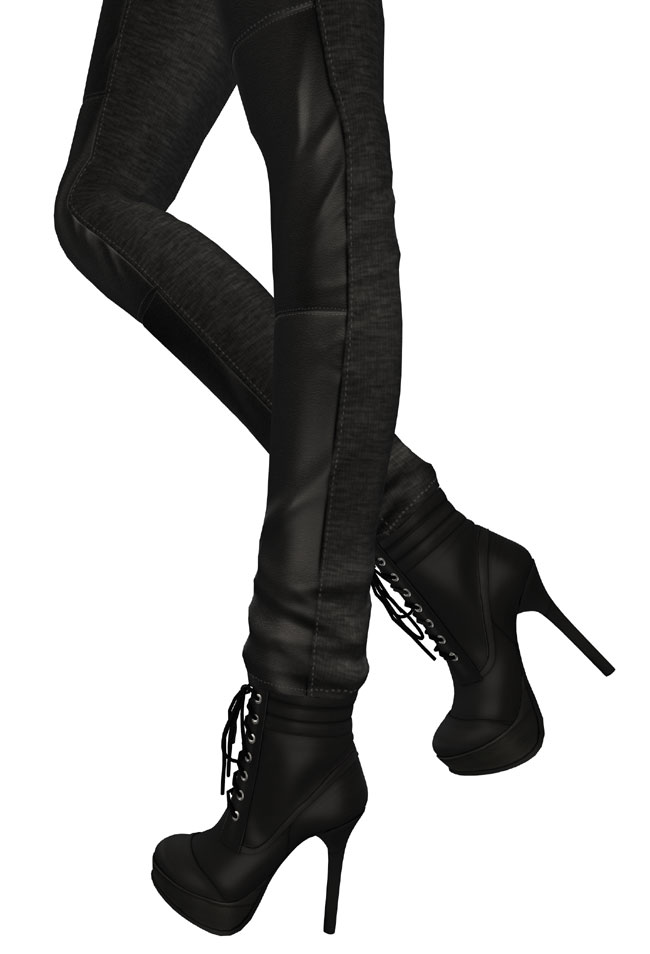