How did you get that way? I don’t know.
You’re screwed up and brilliant.
Look like a million dollar man.
So why is my heart broke? 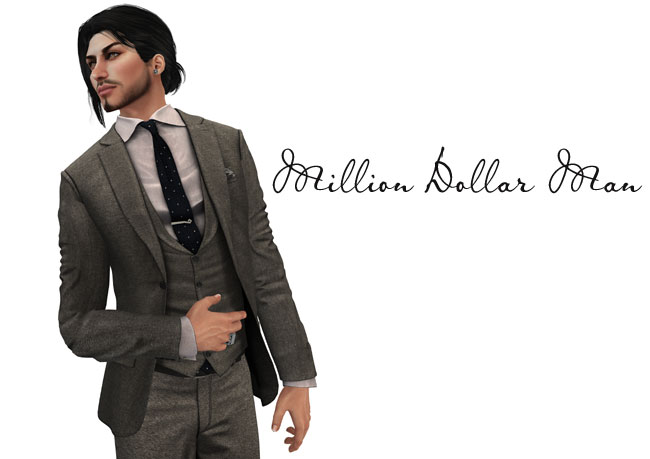 Everyone and their auntie’s cat has blogged this The Dandy  suit from Deadwool at The Mens Dept this month, and with good reason. It’s quite possibly the most fucking incredible  three-piece (two-piece optional) that I’ve seen in SL. Smart, but just crumpled enough, and timeless in its elegance.

It’s rare for me to wear an entire outfit without putting some twist on it, but this thing is that  good it doesn’t need anything else. The pants and jacket/shirt/vest are sold separately, but at a total cost of just L$600 it simply can’t be beaten. Available in two colour options (I went for taupe; the more neutral of the two) you’ll get a three-piece option of the jacket that includes a shirt and vest, plus a two-piece option with just the jacket and shirt. But hell, what Dapper Dan wouldn’t suit up all the way, huh?

I only have one tiny quibble with it, and that’s in the shoulders. They’re just a little bit too sloped for me, but that’s a personal preference. 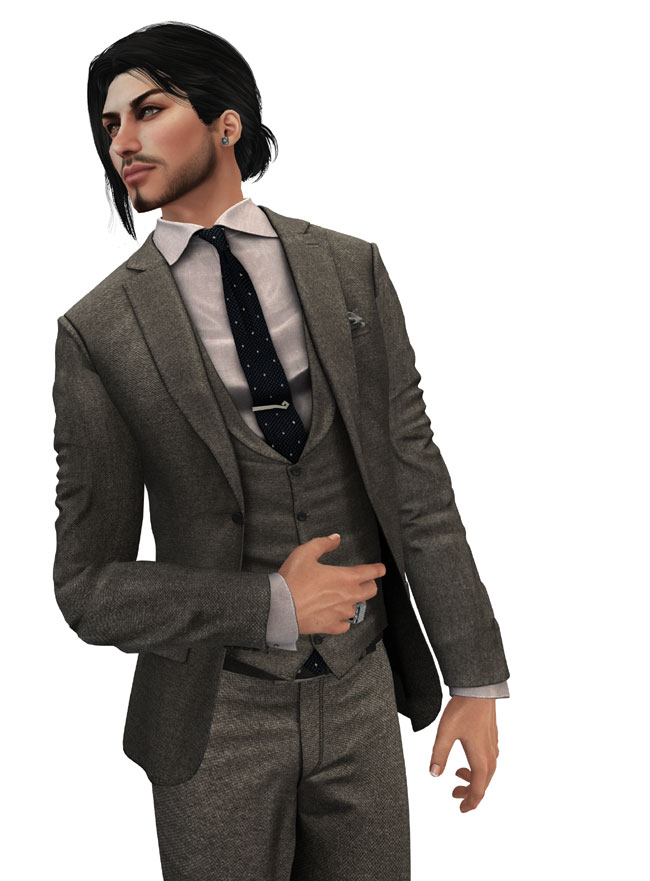 The hair is also from The Mens Dept: Dura-Boy’s style #57. I’ve been a long-time fan of Dura, and I love this slightly messy tied-back style (yes, there’s a teeny little gatherered ponytail at the back). I love the fact that it lends a sliiight  touch of sleaziness to the suit; kind of a “would you buy a used car from this man?” effect ;-)

Skell’s eyes are from IKON’s new Charm  line, in hazel. As with all of IKON’s new eyes, they have a very user-friendly HUD (just remember to click the size of eye that you want at the top of the HUD; the texture won’t apply until you do that). 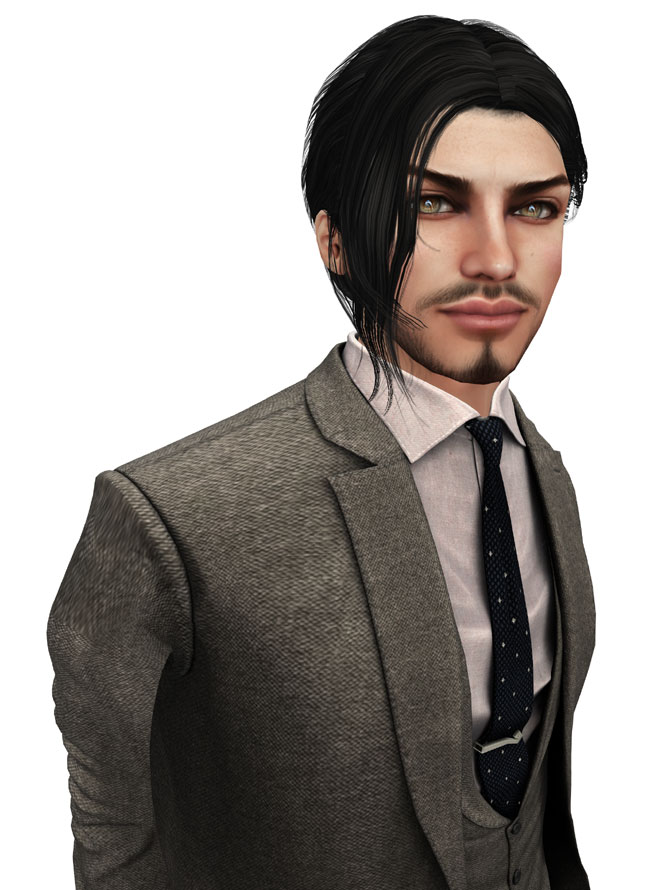 Y’know, this suit could almost take you into a 1930s roleplay location. Okay, it’s not precisely-tailored to that era, but it’s close enough to pass muster at a glance. It’s pretty timeless that way. 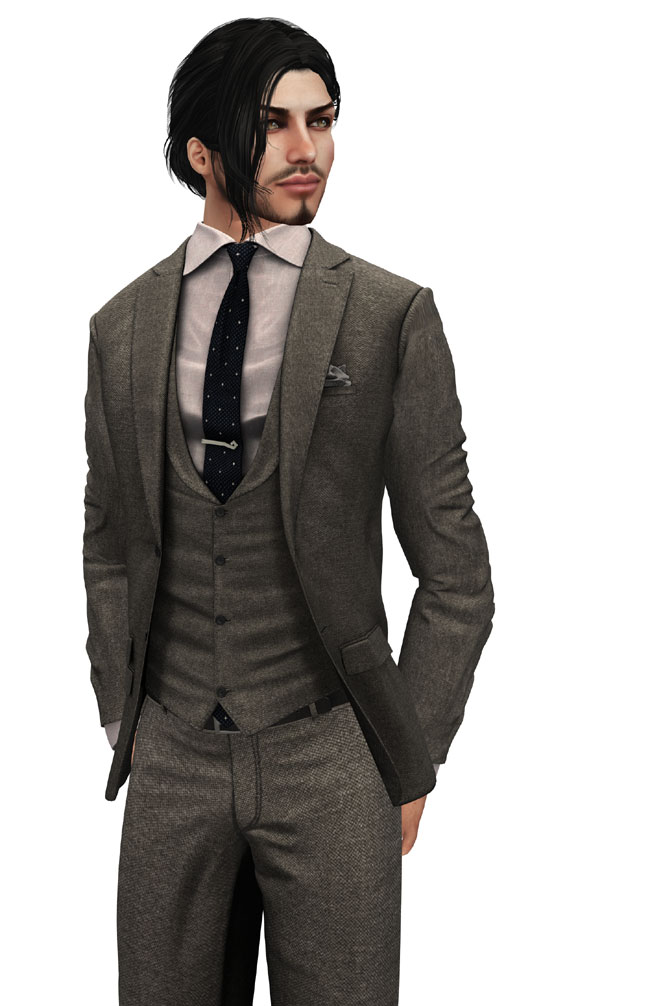 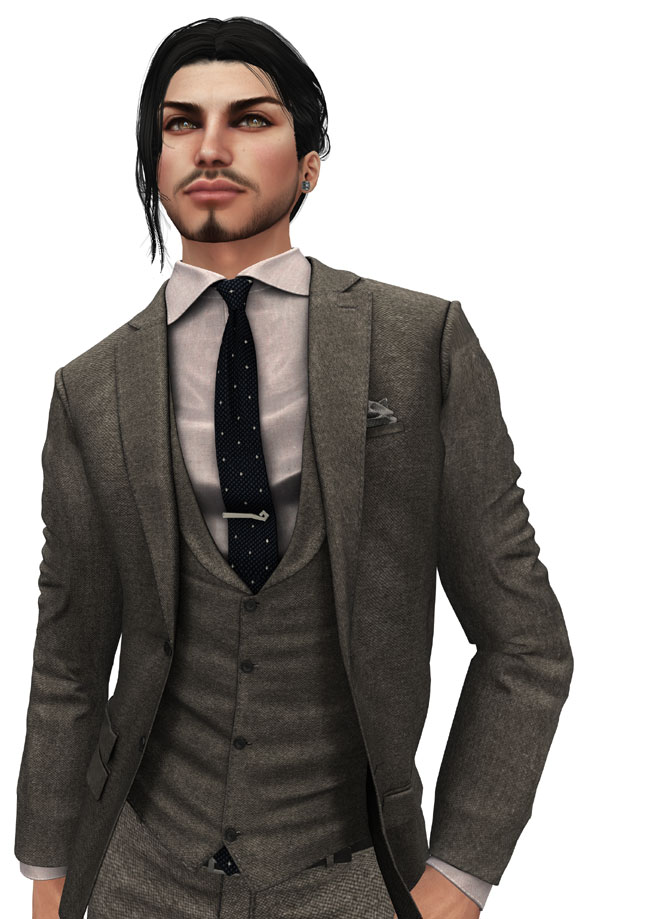 With a suit this classic you need understated jewellery that nonetheless screams ‘money’. This Rat Pack Ring  from Chop Zuey Couture Jewellery is perfect for the job. Be aware that it does feature a little bit of subtle bling (type bling off  into chat to stop it). I’m afraid I can’t stand bling on jewellery, however subtle, so that always has to go. 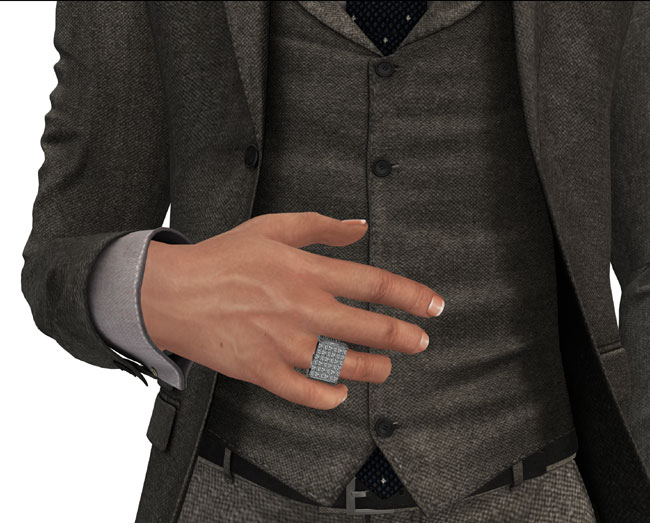 And, of course, a single earring to match. Again, from Chop Zuey Couture Jewellery (no bling this time!) I’ve opted for the Razor’s Edge Earring, which come in a pair, but this guy’s just a single-wearer ;-) 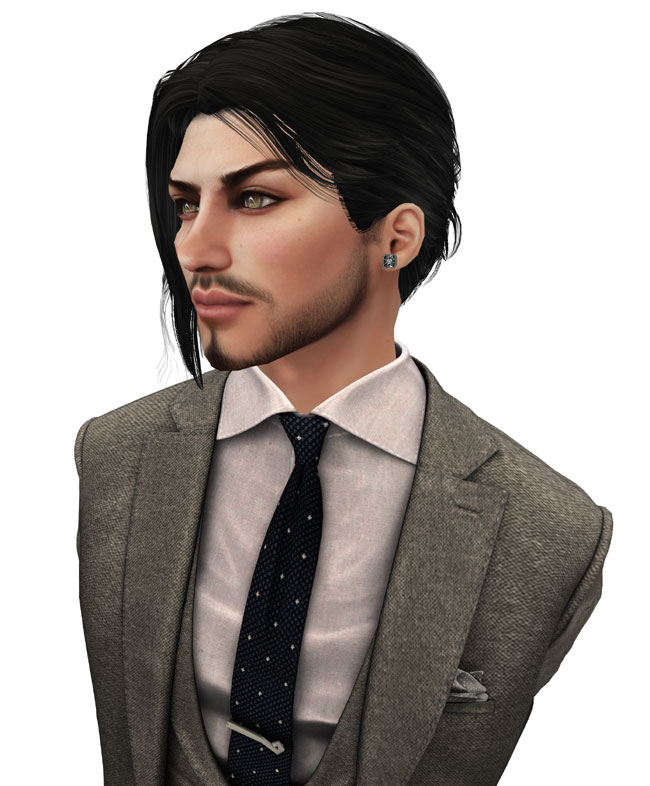 Top-to-toe, and now we’re at the feet. You’ll need some classic footwear for this look, and these Bradford Shoes  from Pixelfashion will see you just right. 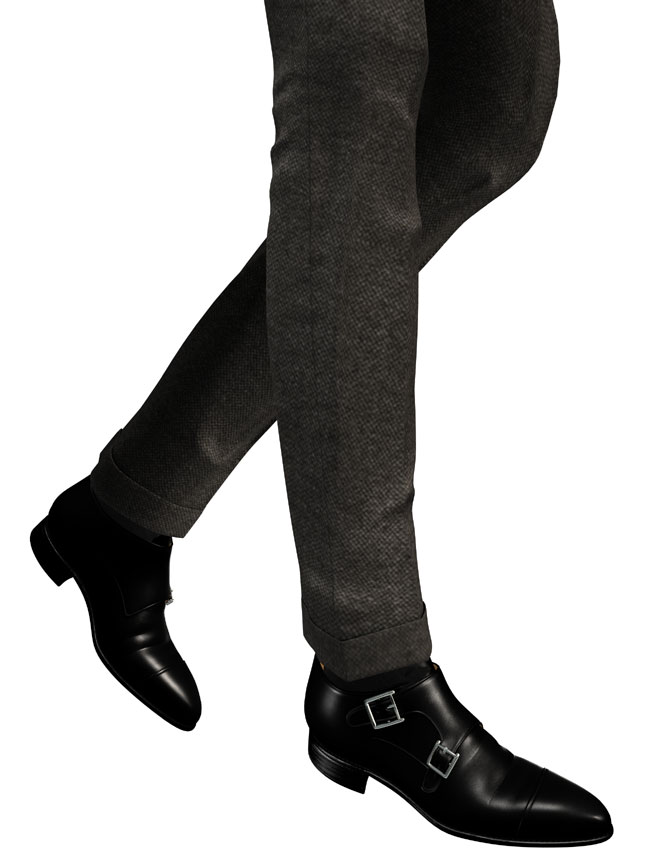