It’s cold outside.
And the paint’s peeling off my walls.
There’s a man outside.
In a long coat, grey hat, smoking a cigarette. 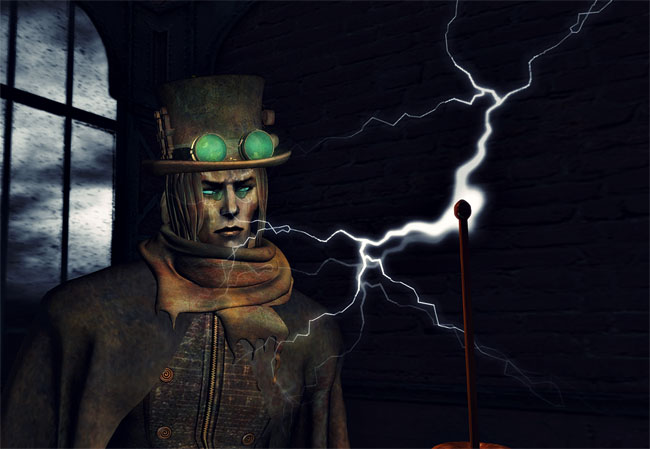 There’s a new release in the Fallen Gods ‘Prototype’ range at A Clockwork Spiral, and this one is right up my scientific alley. The ladies’ release is called Marie Rouille, and is a tribute to the mother of Radium and Polonium: Marie Curie. I’m sure that she’ll be featured by some of the female bloggers out there, because she is not only as beautifully-realised as her companion in this release, but somehow creator Alia Baroque has managed to capture the poignancy of Mme Curie: the woman who lost her beloved husband even as her career was at its zenith.

In this post, though, I’m featuring the father of electricity: Nikola Tesla, aka Nikola Hrdja from Fallen Gods.

This is a stunning full avatar, and – although I haven’t shown them here – it also comes with two ‘thingamajigs’ (one clockwork and one spiral, in a lovely little nod to the theme of the event) to be carried in your hands. Here, though, I simply had  to use this particle lightning by Web Gearbox that I’ve had for the longest time.

The cane featured here (although not very visible in my admittedly chiaroscuro-tastic shots; click over to Flickr for a higher resolution) is also from A Clockwork Spiral, and it’s the cane prop from NanTra’s Dozer’s Divan, featured a couple of posts ago on the blog. 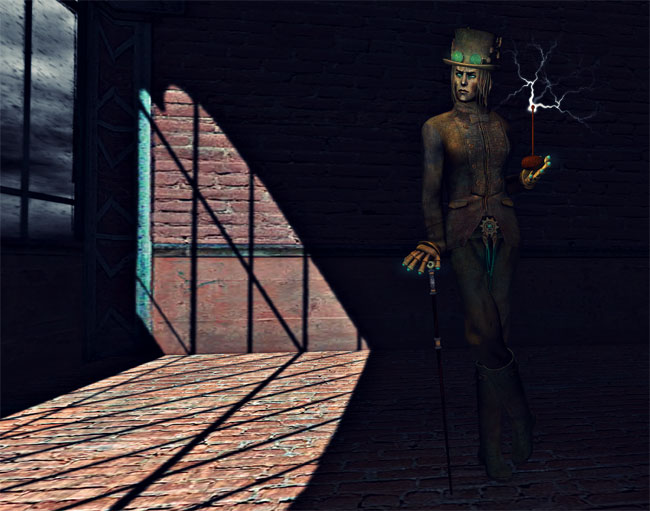 A Clockwork Spiral runs until October 1st on the Cursed sim, with many vendors benefitting the National Kidney Foundation. Take a trip over there before it closes and avail yourself of some gothic/steampunk/dieselpunk goodness. The build is superb, very photoshoot-worthy, and apparently even snippets of roleplaying can occasionally be overheard there, even though it’s not a roleplay sim.

I make my own light. 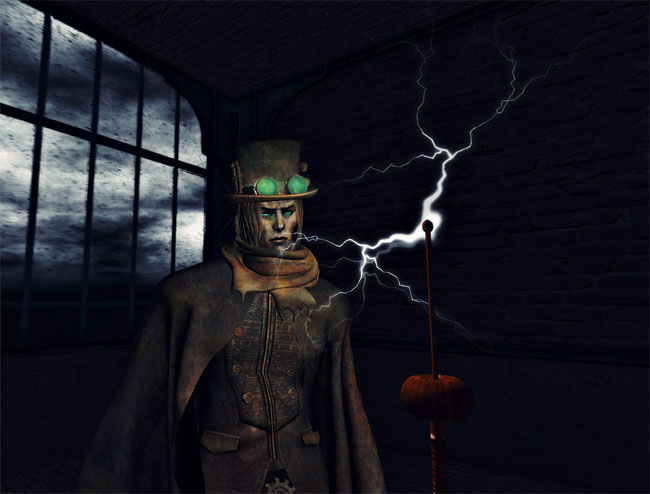 And yes, far too futuristic for Mr Hrdja/Tesla, but then, just like Mr Numan, he was also ahead of his time, wasn’t he?