Boy, does that title take me back a few years. Specifically to a New Year’s Eve night out with a bunch of mates back in… uh… early ninety-something-or-other, all belting out that Salt-N-Pepa classic in the back of a hired minibus on our way to some club or other. Mind you, Shoop was always my preferred track from them, for obvious reasons, but still…

Anyhow, let’s talk about specs! Specifically, let’s talk about the delightful spectacle that Victor Newchurch of Deep Static is making of himself with his two most recent releases for Men Only event: the Tobias Glasses at last month’s and the Jonah Glasses at the current event.

Eyewear is always something I’ve been interested in, and Skell’s collection is pretty stupendous, going back many a year. From classic prim constructions by Kalnins to sculpt shades from Bukka, from monocles, eyepatches, visors, and everything in between. You name it; if it’s caught my eye then it has found its way into Skell’s inventory.

I don’t wear glasses IRL, but I’ve long been on the hunt for a pair that Skell could wear for general, everyday use. Not necessarily all the time, but just as his full piercing set by Artificial Hallucination has become something of a signature piece for him, I wanted some specs that would fulfil a similar purpose.

The first pair that I found were the Tobias glasses, at last month’s Men Only event: 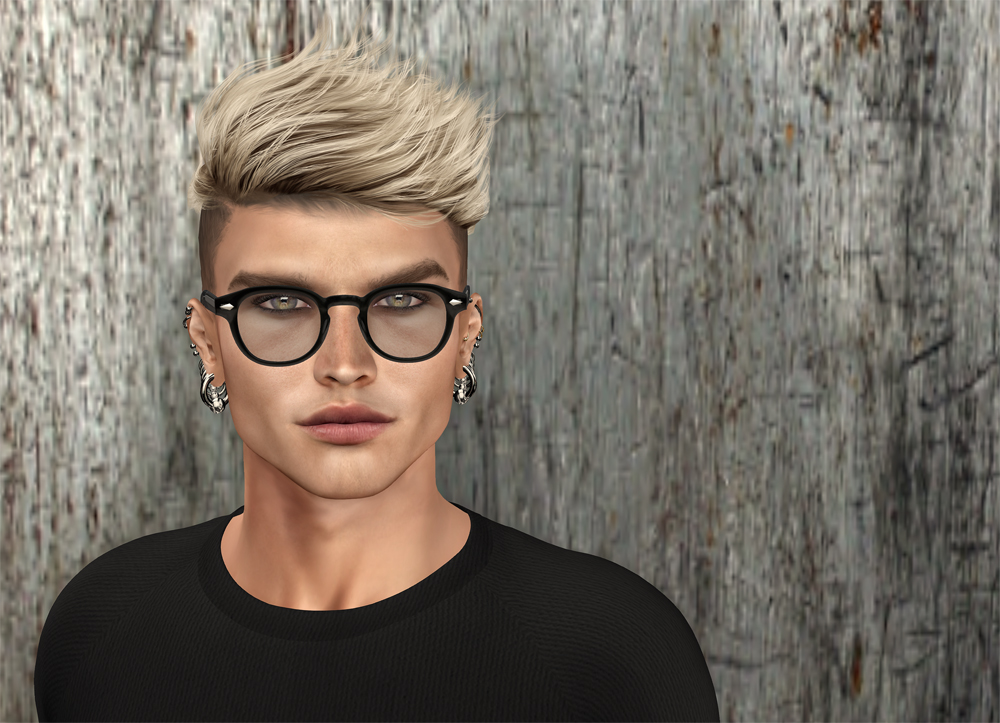 At the time, I didn’t pay much attention to the permissions on these, so accustomed am I to only having the frames of so many glasses as a single piece. You see, because Catwa heads tend to be a little wider than Lelutka heads, when a creator models either hair or glasses around a Lelutka head, Catwa wearers need to stretch those items more along the horizontal than usual. If the item is a single piece, then that basically involves resizing the whole thing, and that leads to fitting issues along the other axes.

The image shown above was taken after a general horizontal resize, and while I was more than happy with the glasses as they were there, the lenses should be smaller. However, it was only when I picked up the Jonah Glasses (below) yesterday that I realised the arms are separate parts of the linkset. Glory be! This means I can edit linked parts and rotate just the arms outwards so they no longer sink into the sides of my head above my ears, instead of having to completely resize the whole set.

So the image below shows the lenses at the size they’re supposed to be, which is much better. 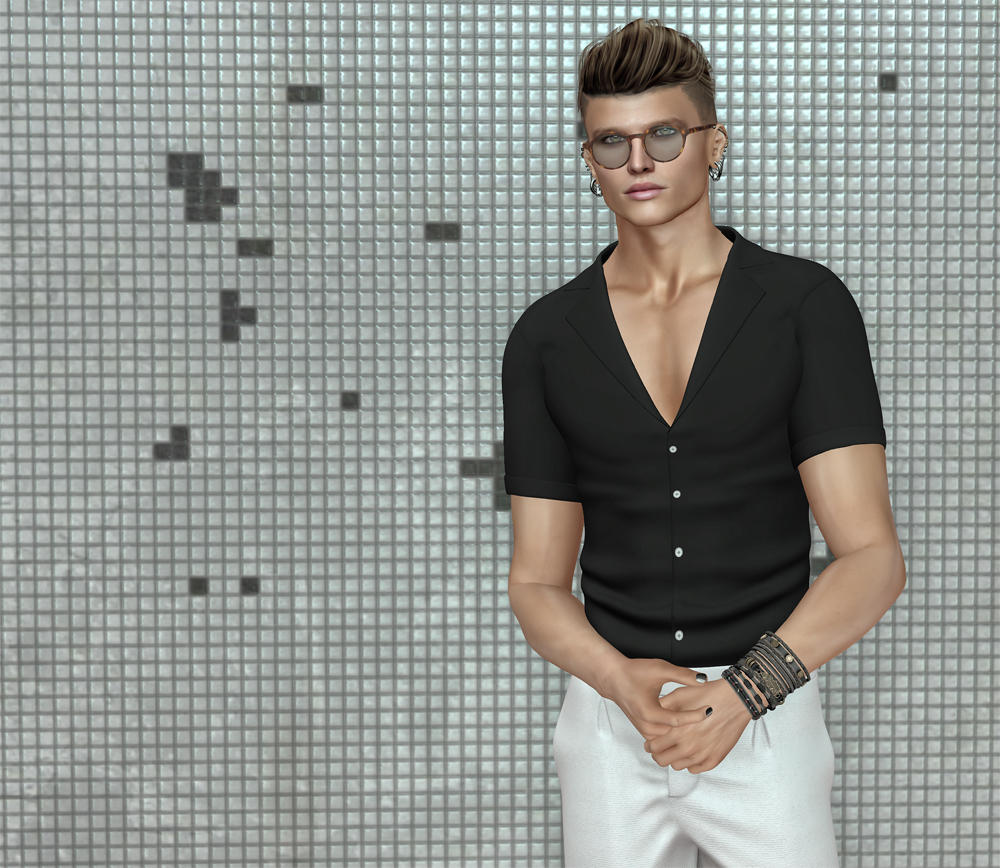 I’ll be resetting the Tobias glasses next time I log in, and editing those side arms accordingly ;-)

The outfit in that second shot is a simple one. The Solomon Hair is by Modulus for the Fifty Linden Friday Backyard Birthday Bash, at L$50 per colour pack, until the event closes on 3rd September 2021. The Trevelyan Outfit is by Minimal at the current Men’s Dept event, and I’ve used a combination of shirt and pants from two of the colour sets. If you’re curious about what footwear I paired with these (because I didn’t get them in the shot!) it was the Al Sandals with Horsebit from Ohemo at the current Men Only event.