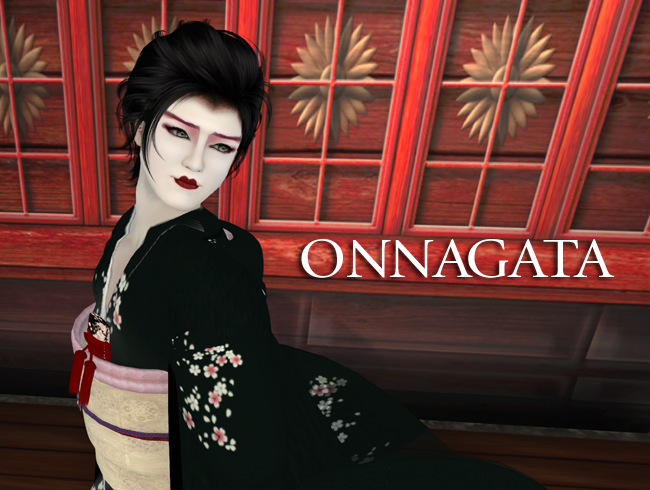 The onnagata – literally ‘female-role’ – was a young male kabuki actor who took on female roles after women were banned from performing in the early 17th century. I was randomly browsing Marketplace for something else, and came across some geisha/maiko/kabuki makeups by Tuty’s. Then, I recalled coming across the most beautiful free kimono absolutely years ago when I was roaming the Kumamoto Japan sim. Crossing fingers, I searched, and sure enough the sim and the entire freebie store was still there. Thus was born the onnagata. 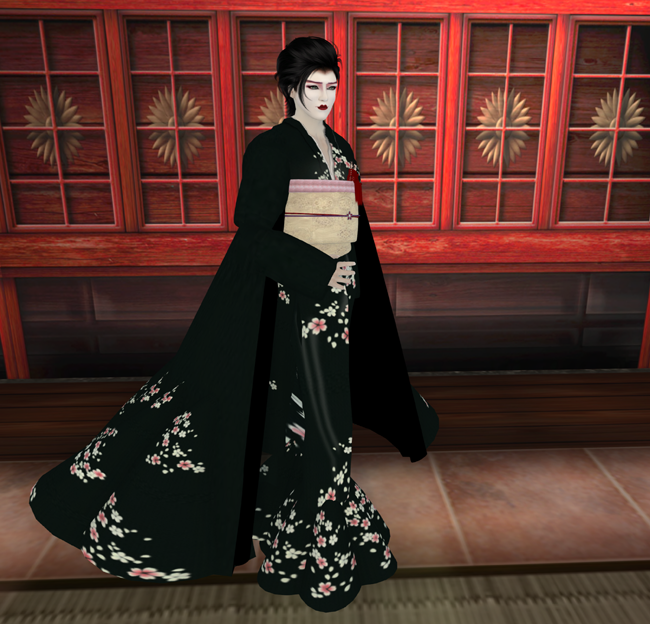 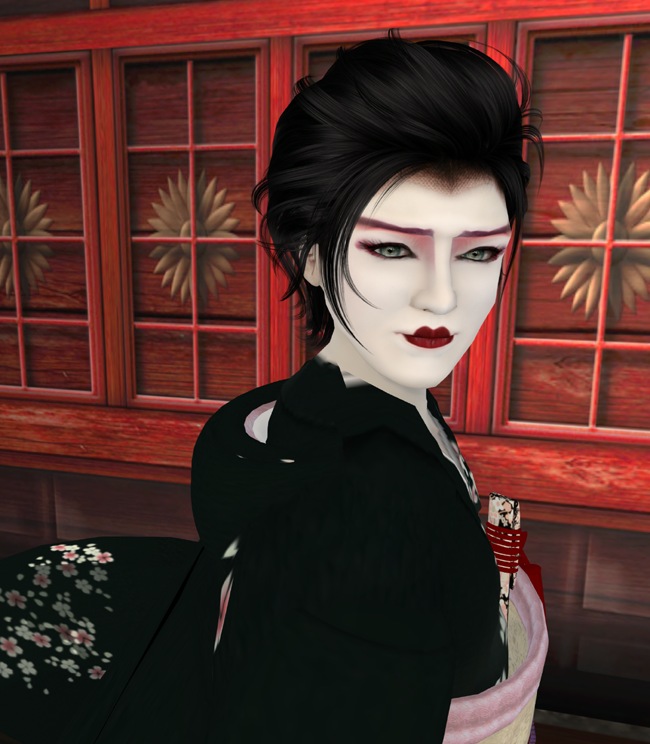 Not so much a giggling maiko, this one ;-)

Your music is one of my favourite tracks by Ryuichi Sakamoto: The Okinawa Song (Chin Nuku Juushi) –