Suited and Booted The SLife of I 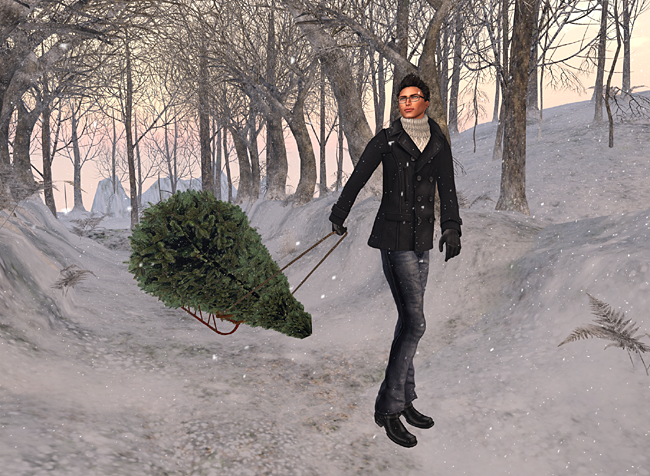 For some reason, The Beatles’ classic Norwegian Wood  always makes me think of winter, and especially Christmas. I’ve no idea why (read the lyrics; yeah, nothing to do with snowy stuff!) but I suspect it’s just a longstanding word-association for me. Norway’s Christmas gift to the UK – since 1947 – has been the huge Christmas tree that stands in Trafalgar Square each year. It is given in thanks for Britain’s support of Norway during the Second World War. So, to me, Norwegian Wood  makes me think of trees from Norway, and that leads inevitably to that Christmas tree.

Today’s Monday Meme is a winter season challenge, to take a wintry image (you know me; I can’t stop at just one, because I love to tell stories with my pics) and answer some questions about winter. I decided that, since I dragged the decs out of the loft IRL at the weekend, I’d bring home the tree in Second Life :-) 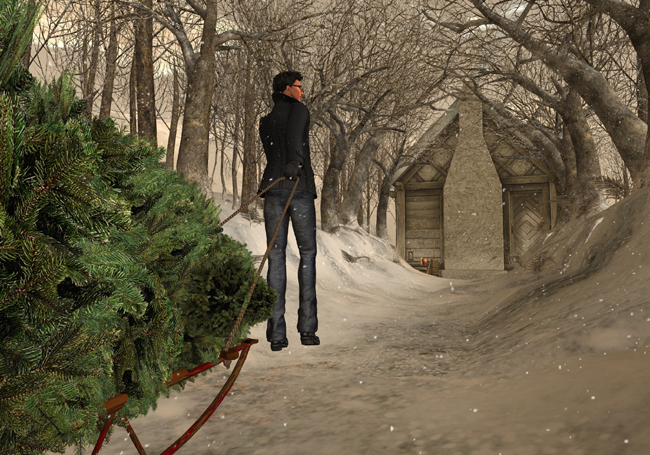 What is the December/Winter season like where you live?
Changeable! I remember brilliant winters as a kid, knee-deep in snow, but until recent years we’ve had more wet winters than snowy ones; more winters where the white on the ground comes from successive frosts than from whirling flakes. Only in the past three years have we returned to the freezing, snowy winters. 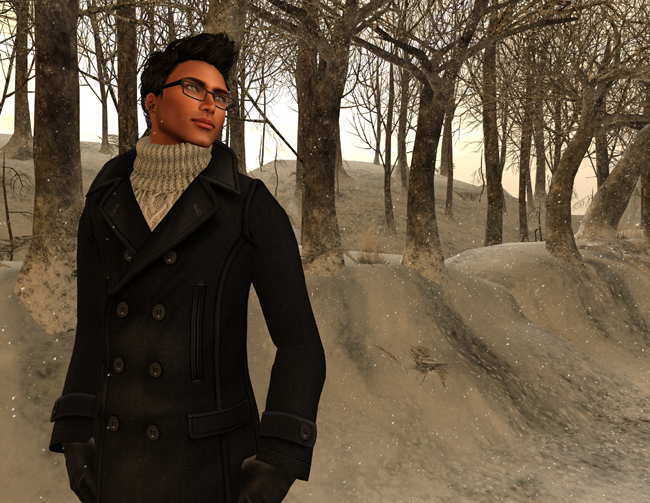 When you think of winter, what’s the first thing that pops into your head?
Preparedness. Not because we have the kind of winters where you need your own personal snow plough (not where I live, anyway) but I walk to work each day. It’s 20 minutes each way – uphill on the way in (and consequently downhill on the way home). Plus, as I work an early shift, I leave my house at 5am. In the middle of winter in my part of the UK this means I pay attention to the ‘feels like’ temperatures and wind direction more than anything. It may be only -7ºC outside, but the windchill can bring it down to something like -15ºC. (That’s 19.4ºF and 5ºF respectively, for those of you still using old money *g*.)

I keep one drawer ready for those winter walks to and from work. 100% cashmere scarf, Thinsulate beanie hat and gloves, thermal socks, waterproof ski jacket with a padded hood (keeps my ears warm!), ice grips (needed on those hills), lined waterproof overtrousers (for when it’s pelting down with snow/sleet/rain), and waterproof thermal hiking boots. I may look like the Michelin Man, but at least I don’t arrive at work/home shivering and with a broken bone or two!

On the plus side, at 5am after a snowfall? Yeah, nobody else is around. I maaaay have been known to act like that little kid in The Snowman, giggling and stomping through all that thick, virgin snow when nobody’s looking. It’ll be slush by the time I walk home, so I enjoy it at 5am ;-) 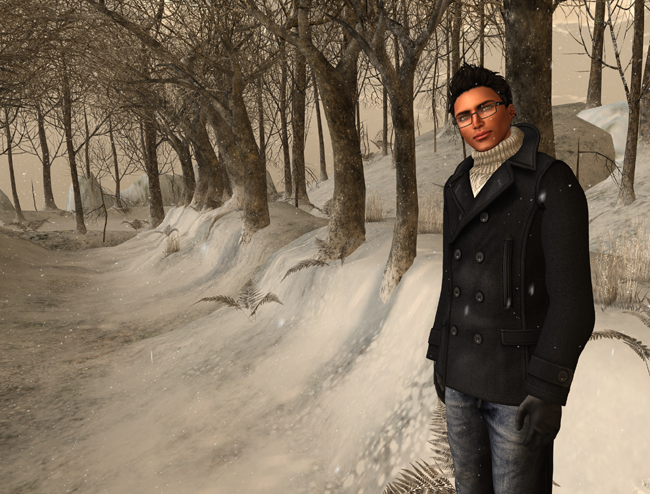 Have you ever played any extreme winter sports?
Nothing extreme, no. I daren’t risk broken bones. I did all the usual kid things, though: sledging and pouring water onto the ground to make ice slips. God knows how many pairs of shoes I ruined skidding down those things (or seats of trousers that I ripped!) 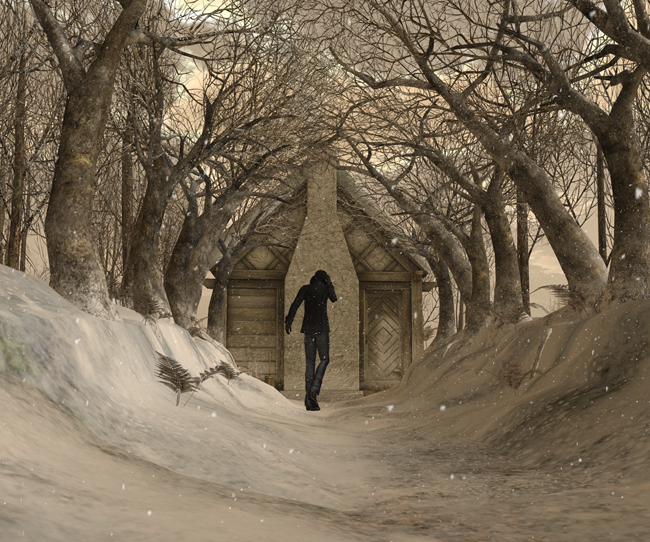 What do you like most about this season?
Sitting indoors with a cup of something hot (a really good coffee laced with brandy, for example) and watching snow whirling down outside. I’ll happily hypnotise myself that way for hours ;-) My grandparents had a coal fire, so I have a lot of wonderful memories of winters spent at their place way out in the countryside, toasting bread (and myself) by the fire. They lived opposite open fields, and I remember a fierce winter one year that had snow drifting across the fields, over the five foot hedge that surrounded their garden, and halfway up the living room window. Grandad opened the front door to a wall of snow so I could stare at it (and probably poke holes in it or something, curious little brat that I was). 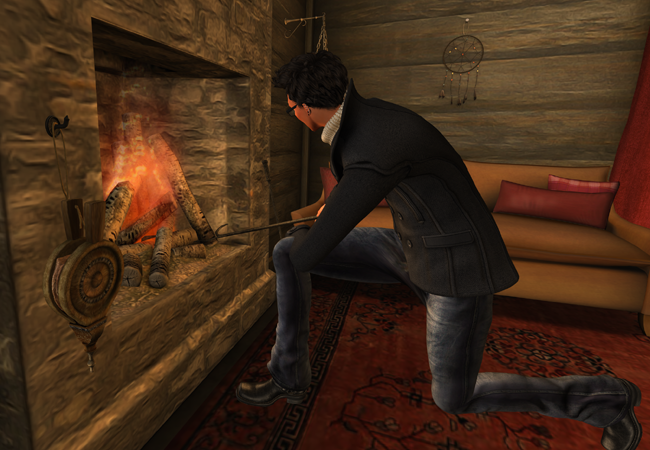 Do you celebrate Christmas, Hannukkah, Kwanzaa or another holiday during this time of year?
Christmas was a big ceremonial thing when I was a kid. It was the only day Mum cooked a full fry-up for breakfast, and my grandparents would visit (we alternated where we spent the day: at home with grandparents visiting, or visiting them). In order for the adults to get a couple more hours of sleep, there would be one gift waiting for me outside my bedroom door: something quiet, but absorbing (I was – still am – a bookworm, so a fascinating book was a favourite here), but once I heard the family stirring that was my cue to leap out of bed.

I would be vibrating with excitement, but nobody was allowed to open any gifts until breakfast was consumed. My one fry-up of the year and I was always too excited to enjoy it! While Mum washed up the breakfast plates, I would be given permission to carry all the gifts from under the tree (which was in the dining room) and into the living room, sorting them into piles by each armchair (my pile, being a kid, was about three times the size of everyone else’s). Finally, everyone would sit down, and we’d open gifts in order of age: first Grandad would open one (inveterate squeezer that he was, he’d try and guess each one before opening it), then Nan, then Mum, then I’d have to open two or three to keep up.

We had to keep a pair of scissors on the coffee table, because Grandad was a sneaky git with the sticky tape and you’d be lucky to find a gap big enough to get a fingernail in. Then, when we were done unwrapping, Grandad said the same thing every single time: “Well… that’s that for another year.” (You know what? I decided to carry on that tradition, and still say it myself each year.) Then it was Christmas dinner and a snooze before we all watched the Queen’s Speech at 3pm. More presents on Boxing Day (Dec 26th) because Mum didn’t want me to have the excitement of loads of gifts one day and then nothing the next. 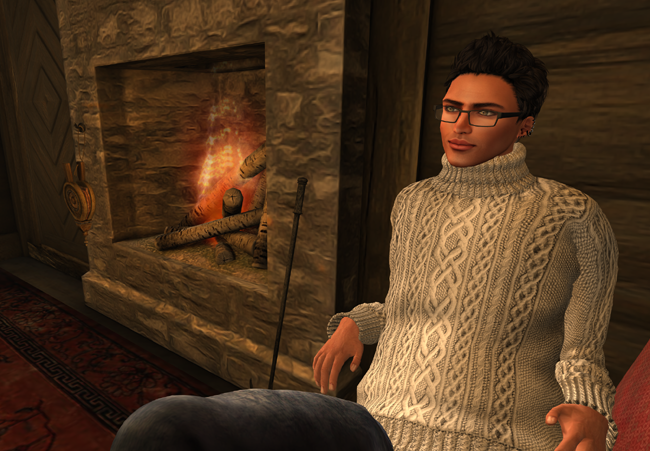 And that’s the end of the questions. Now, for the rest of the pics! 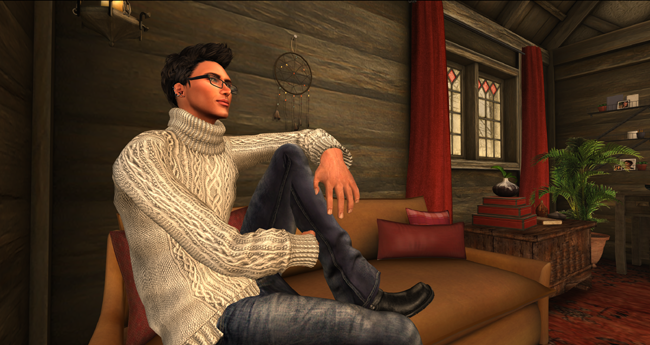 The house is no longer available, sadly. It’s POST’s offering for last year’s Cold Winter Nights Hunt. There’s a summer version, plus two winter ones. I’m not going to list every single item by name; I’m just giving the stores and their creators. It’s getting late and I want to get this posted before I crawl into bed for my 4am start for work tomorrow. If you want to know the exact name of something, drop a comment and I’ll let you know what it is :-) 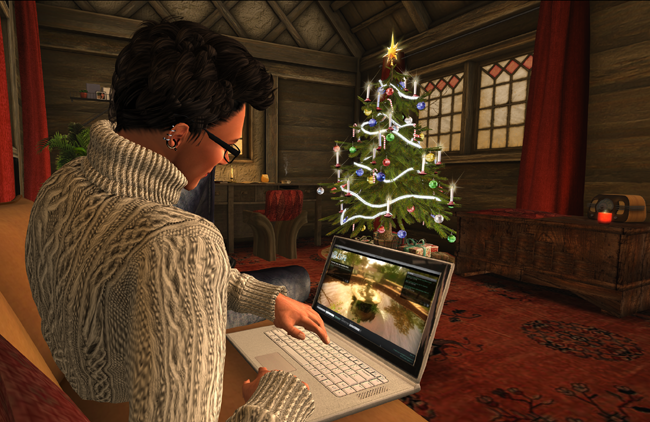 Full-sized versions of all images can be found in this Flickr set.

What Next [ winter.thorn ]
Charlotte Sofa