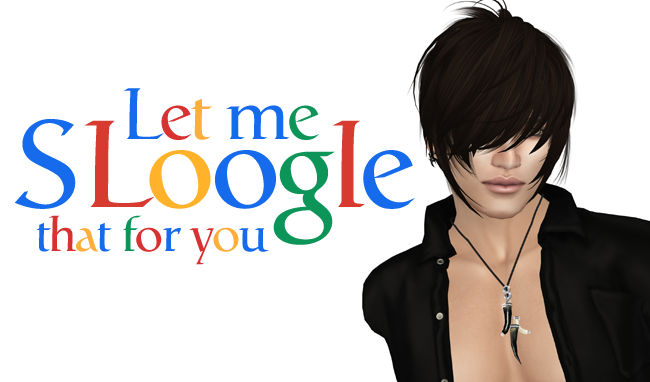 So, today’s meme from Berry is all about vanity surfing, as Googling yourself is widely-known. I’ll admit that I actually do this on occasion, just to see what’s out there, so much of this doesn’t come as a surprise to me ;-)

01: Google your Second Life name in “quotations” and share your results.

02: What is the first link that comes up?

Unsurprisingly, my Flickr. That’s been going since 2008 and I’ve been very active over there.

Note, given that my moniker is also very close to several weapons used in various games, I’m sick of the sight of that “did you mean…?” question! 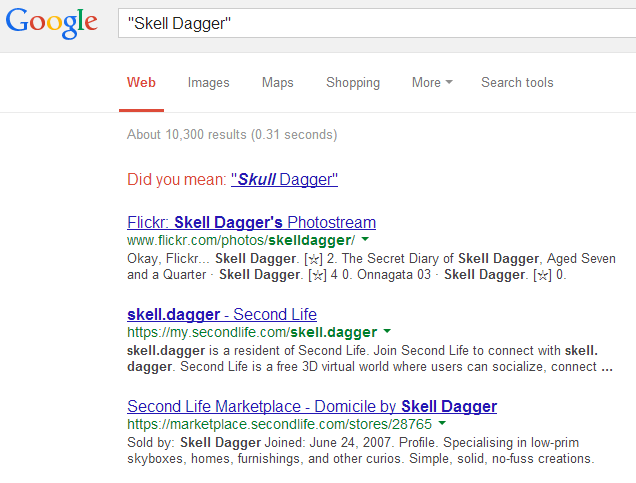 03: Which link were you surprised to see?

Now, this was interesting. I’m used to the various crawlers, bots, aggregators and the like, but this one was new. On page 4 of the search, I showed up on some ‘peekyou’ account as linked to a woman I’d never heard of. I looked at the page, and it was one of those rather scary “here’s everything on the interwebs that we found about X” lists, where anyone could add anything else they knew about X, such as their cellphone number, etc. For some reason, even though I’d cleared cache, logged out of Google, and was using an incognito Chrome window, I showed up under the Flickr list for this woman. This page about Skell, specifically. I dunno, maybe it’s some Six Degrees of Separation thing, whereby she (or someone linked to her) has added Skell as a Flickr contact? *headscratch*Anyway, hello ‘Kate’, nice meeting you! XD

Edit: Oh, I just had a thought! I do follow someone called Kate on Flickr, but I don’t think it’s the woman on the ‘peekyou’ page. The first name alone, though, might be why we appear to be linked on that page. I highly recommend the photostream of the Kate that I follow, though. She’s one of the very few non-SL accounts that I have listed as a contact, and her photography and costuming are exquisite: Kate O’Brien Creative.

04: Click on the “Image” tab and tell us where the first 5 pictures listed are from.

Here’s the result (after I’d told Google Images that no, I did NOT want to see results for ‘Skull Dagger’ *le sigh*) –

Now, that was a surprise. I would expect the Second Life JIRA to show up fairly high (I was reporting a problem with SSA) since it’s a hugely-popular website. And I’m guessing the high results for my website comes from the fact that I probably linked to other high-ranking websites in those specific posts (the Venexia banner linked to the Socionex website – see below – and the other one… well, I dunno; it got a few comments?). Ipernity is the big eye-blinker in that lot, since I only posted over there after the initial Flickr makeover kerfluffle, and never really kept up with it (primarily because Ipernity kept logging me out and I couldn’t get back in!). The last image is my profile pic from the Socionex site, who are the people behind some of the main big roleplaying areas in Second Life: Kingdom of Sand, Venexia, Golgothica, etc.

I guess at least that old tart of an avatar of mine hasn’t got up to anything too scandalous… yet. ;-) 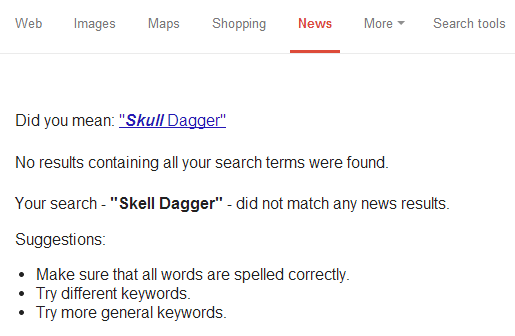 Incidentally, the title of this post comes from the Let Me Google That For You website, which is where one sends lazy people who ask annoyingly-obvious questions that they could easily look up for themselves. Click the link, go on ;-)

Thanks, Berry. This was a fascinating one!

Credits for the banner image can be found here.

6 thoughts on “Let me SLoogle that for you!”