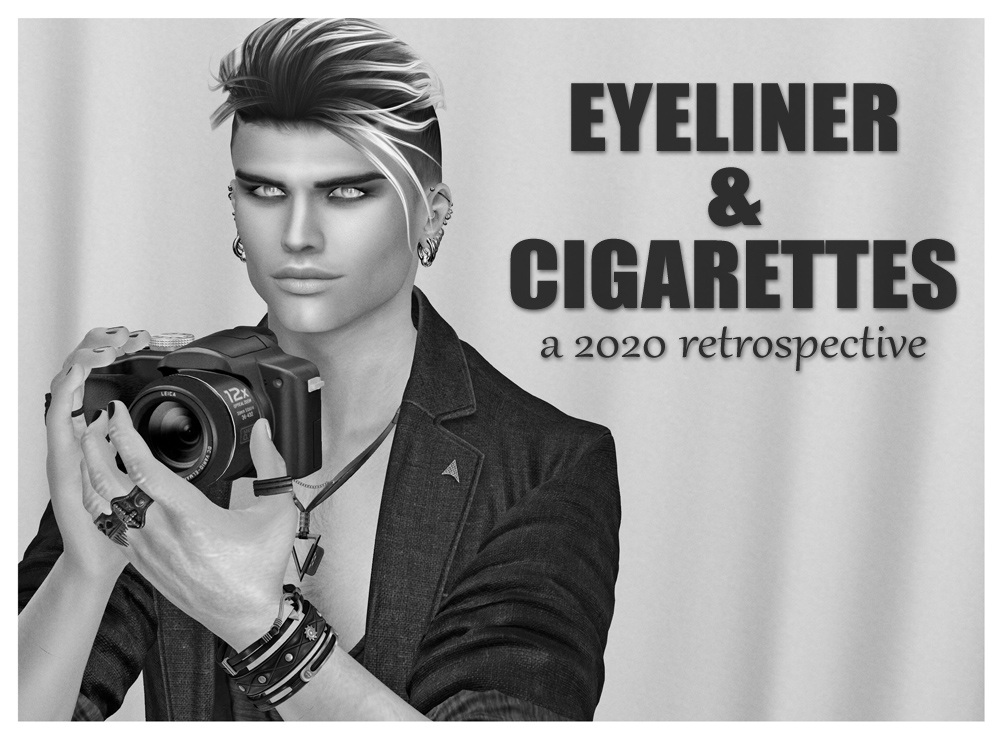 Yeah, what a bloody year to decide to try writing a retrospective post! But I’m nothing if not a stubborn git, and I’m determined to find as much good in this otherwise crappy year as I can. The personal, internal, RL processing is being done away from this blog, but here I can focus more on the SL side of things and bring you some of my favourite things from my digital life this year – both inworld and out.

I’ve chosen one shot from each month, although there were a few months where that proved difficult, because I had more than one image that I really liked. It’s interesting to look back at my SL photography over the year, not least because Flickr can be a capricious butt at times, and the images of which I’m most proud—the ones that I think will take off—can often be the ones that get the least traction, while the images that I knocked out in ten minutes garner thousands of views and a ton of likes. It’s always been that way, and I’ve given up on trying to make sense of it. 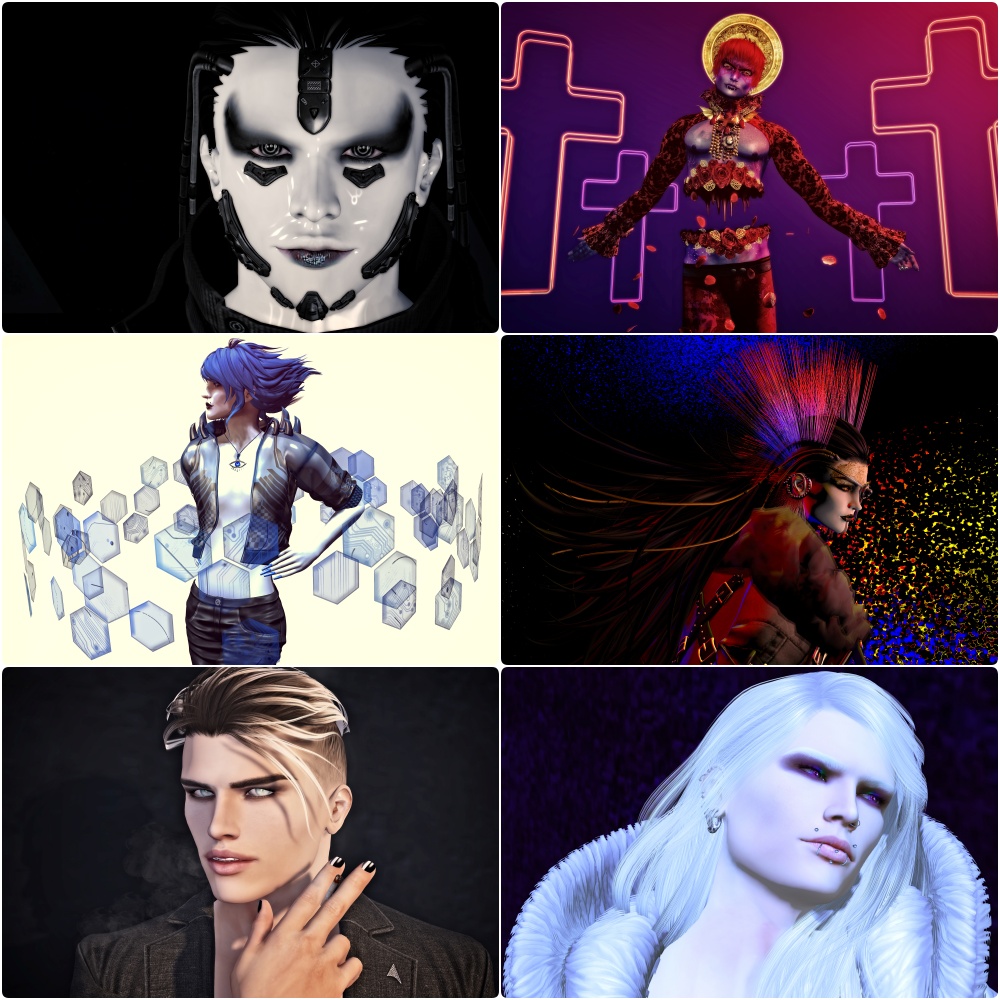 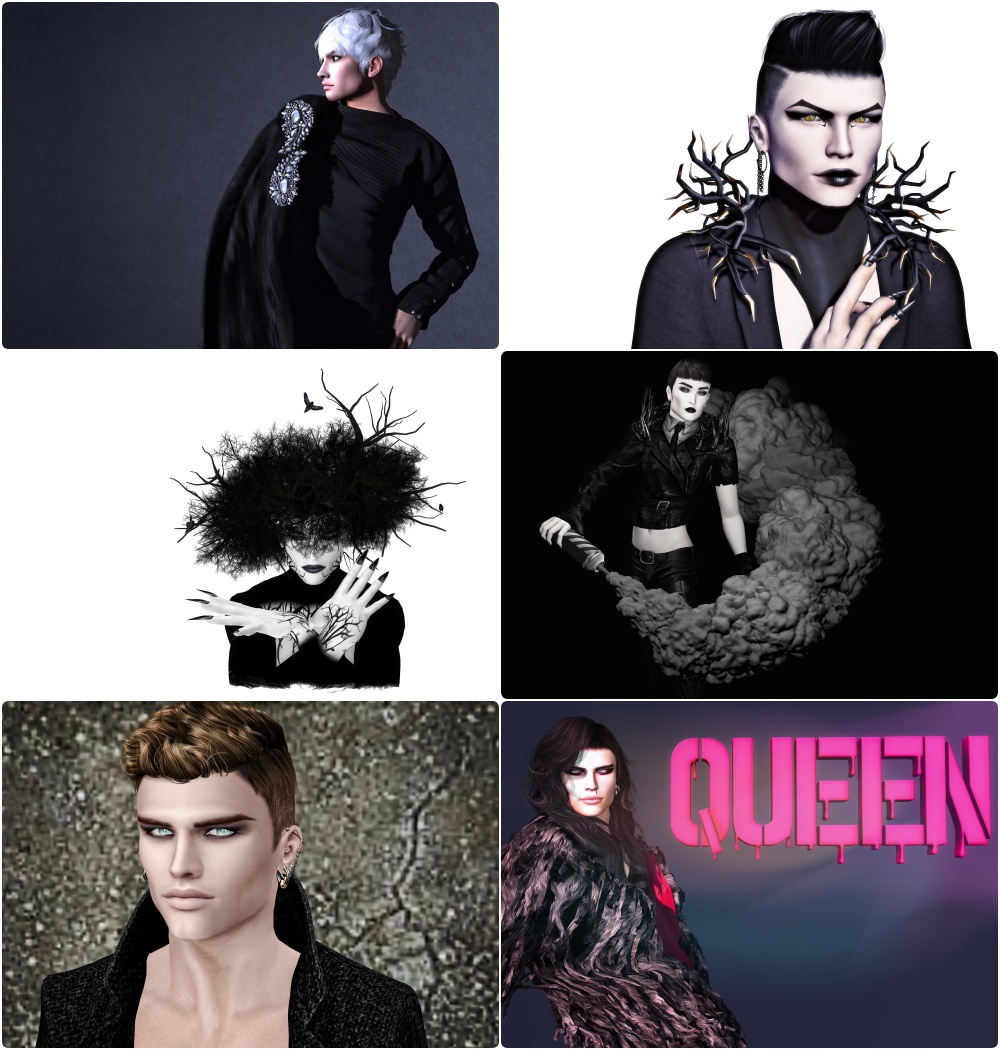 Some of those are fairly simple (November’s, for example, is just one of those ‘dashed off in ten minutes’ shots) but I still love the way they turned out. I’ve never really been one for setting up a whole scene behind me. My focus has always been on the personal styling, and so at most I might use a couple of props or background items. A long time ago, I coined a phrase for the way I tackle SL photography: Fashion, not Photoshop. Yes, I post-process my images, but that’s limited to a few filters and/or overlays. I don’t spend hours painting individual strands of hair (I have neither the time nor the patience for that stuff) but I do like to mess around with my images a little.

Full sized images of all the above shots can be found on my Flickr.

Following on from the photography, I want to feature some of the looks that I put together this year; the ones that really sang out to me. Every now and then something comes together that makes me sit back in my chair and literally seal-clap with delight. These are the looks that did it for me in 2020. I’ll be linking directly from Flickr for this section, so if you see no images below then come back to it after an hour or so, and hopefully Flickr will be over its latest ‘Bad Pandas’ episode… <insert eyeroll here>.

First up, I think it’s going to be bloody obvious why I loved this one: 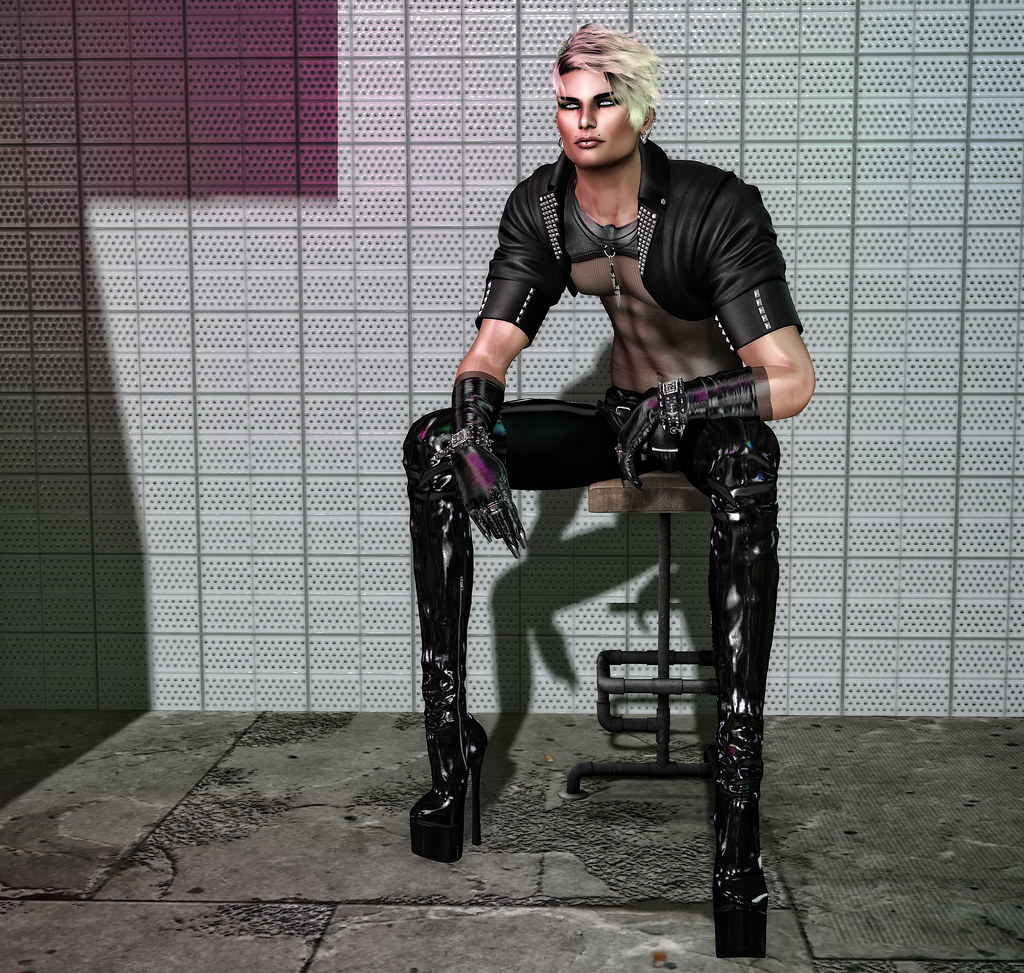 Yeah. You know me and my love of heels by now, so when I saw those boots my shriek could probably have been heard on Mars. This was a ‘BoM Redux’ look, where I took an old system-based outfit and updated it using BoM and some newer mesh pieces. Full credits list can be found at the original image.

Next up, a look for Syd: 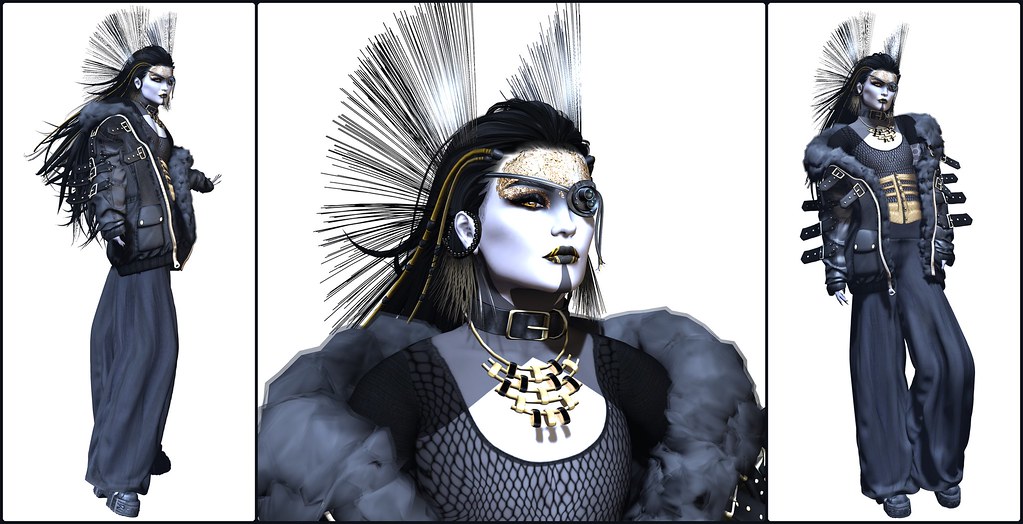 That one was truly a ‘more is more’ look. I piled stuff on, and the more that I piled on, the better it got! in fact, I described it on Flickr thus: This look is called “Taking ‘less is more’, setting it on fire, and defenestrating it.” Full credits list here.

Next up, a new character: The Absolver. Well, at least that’s his WiP name, since I don’t have anything better for him as yet. I love it when I get not only an outfit but a whole new persona/character out of a look, and this one really piqued my interest, making me want to write his story: 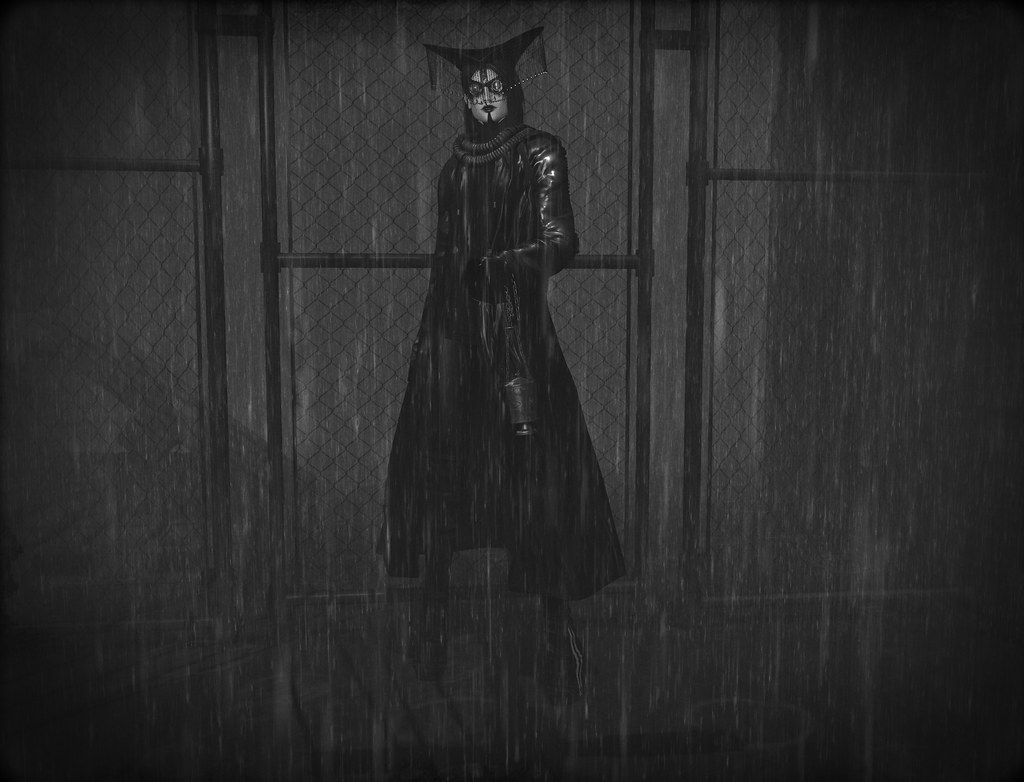 I have a more detailed post for this one (complete with credits list) here on the blog.

God, this next one is bloody glorious:

I never thought I’d find myself shopping at an event dedicated to boobs, but I saw that Maitreya had released a flat chest add-on for Lara at Itty Bitty Titty Committee, so I headed over there to grab it, and then saw this dress and the sleeves. I’d already purchased the tattoo, and this look fell together so simply, in a matter of minutes. The only reason that this shot didn’t feature in the monthly favourites up above is that it didn’t fit into the composite template that I was using. But yeah… this is right up there with my favourites. Full credits here.

Next up, my outfit for this year’s Bloggies Gala. As a dress code stipulation ‘Black Tie’ is anathema to me. Tell me that I’m expected to wear a tuxedo and I’ll start thinking of excuses not to! Luckily, the Bloggies just specified ‘formal’ this year, so—like last year—I put my own spin on it. Syd got the outing last year, but this time I wanted to be there as Skell. (They are in fact the same person. If you’ve been following or reading me for long enough you’ll know that I don’t create alts for my different personas; they’re all Skell and his humungous inventory.) 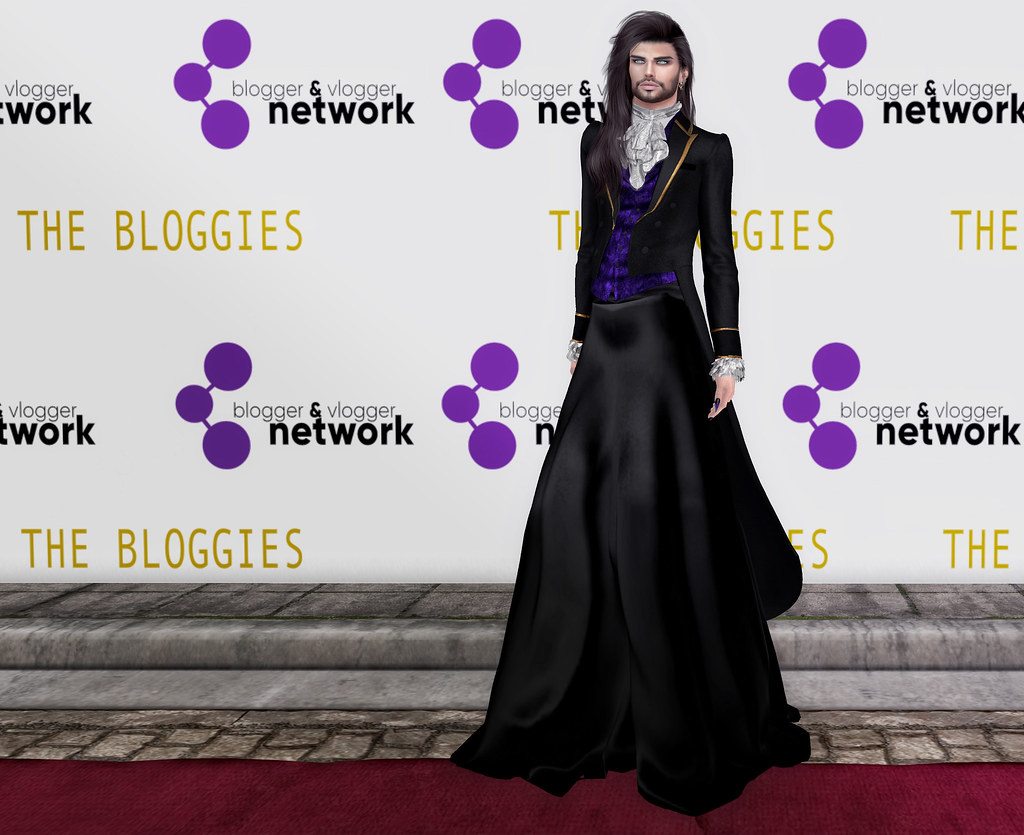 Lastly, a rare foray into the Land of Lelutka for this Catwa CSR ;-) 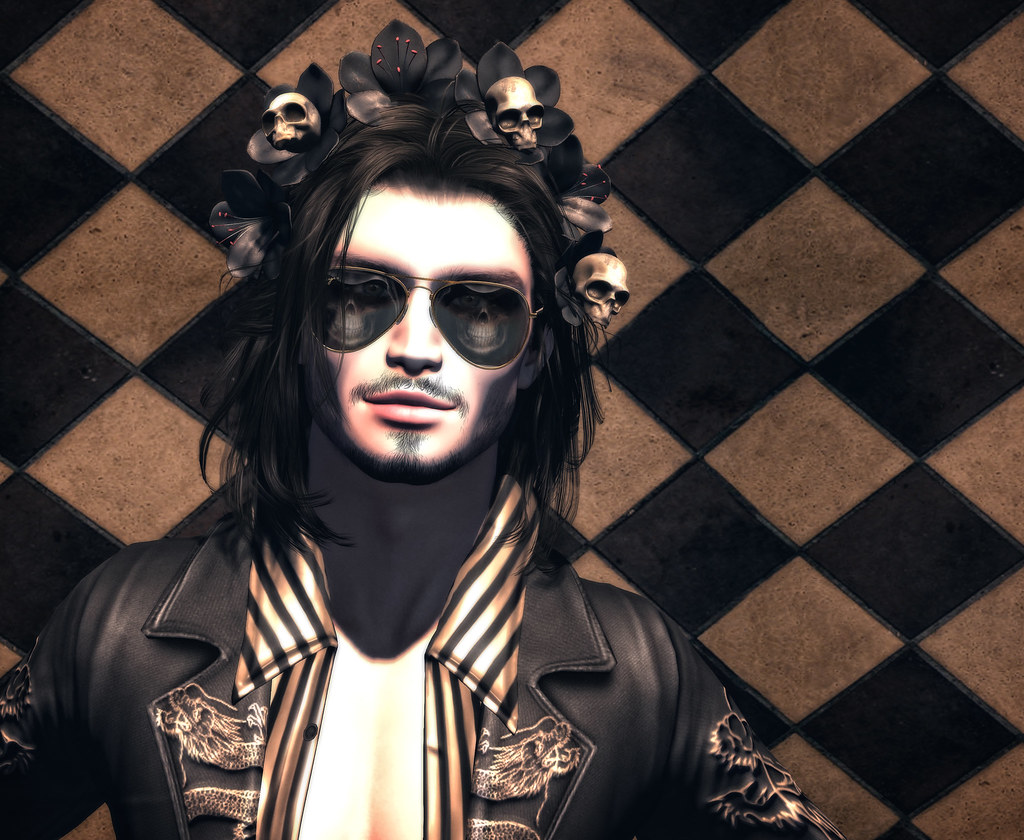 I do actually own all the male Lelutka heads (with the exception of Kane) but their generous pre-Christmas gift of the Alain head really pulled this look together. This one is what I call an ‘echoing look’, where different pieces of the outfit are echoed in other pieces. The colour tones (black and gold), the skulls (headdress and sunglass lenses), and even the overall lighting and tone adjustments on the hair and the background. Full credits here.

This may come as a surprise, but I’ve been far more judicious this year about what I’ve purchased when it comes to personal styling. Whether that’s because I’m getting more fickle, or whether it’s simply because I can always see that ever-increasing inventory count number hanging like the proverbial Sword of Damocles over the time it takes for me to log into SL is anyone’s guess. Probably a bit of both. In addition, male fashion in SL has continued on its downward trend toward sweatpanted homogeneity, so it takes something rare to catch my eye. That said, certain stores and certain events still provide me with enough wonderful new items around which to build some creative looks, so those will get some brief mentions in this section.

For keeping me sane: ContraptioN. Without Walton F. Wainwright & Co, the past few years of male fashion in SL would have been a much duller place. I lean more toward favouring his historical creations, although the store also has an insanely good futuristic division that has been steadily growing. Walton was also behind the utterly gorgeous Auxentios Pass region at this year’s Fantasy Fair, as well as the stunning builds for the Engine Room and Necrotize events.

For delighting my darker side: Hotdog. While slower on the release side than ContraptioN, Hot Doge—the creator behind the Hotdog brand—has steadily provided me with Burtonesque dark whimsy, intermingled with some eclectic pieces that veer from the fantastical and historical right up to the futuristic. The truly gruesome releases are a little too much for me, but in the main Hotdog has been a steady source of inspiration since they first appeared.

For making me hit that teleport button every 30 seconds until I get in, damn it: Engine Room Event. Having just had its third (I think?) iteration earlier this year, the biannual Engine Room Event is the place to go for steampunky, aetherpunky, dieselpunky goodness. The last event featured a ridiculous number of generous gifts from the creators present, and the build that housed the event was absolutely breathtaking with its giant moving orrery in the roof space.

For saving me money while still giving me lovely things: Wanderlust Weekend, Happy Weekend, Fifty Linden Friday, and The Saturday Sale. Where would we be without these discount event weekends? They’ve become a highlight for me, of checking the Seraphim listings and Facebook galleries to see what goodies are on offer each weekend. I’ve never been one for buying much in the way of furnishings and decor on a regular basis until these events became popular, but through them I’ve discovered such delights as Fancy Decor, Dahlia, Peaches, and Architect, and I’ve steadily increased Syd’s wardrobe of eclectic clothing and accessories. 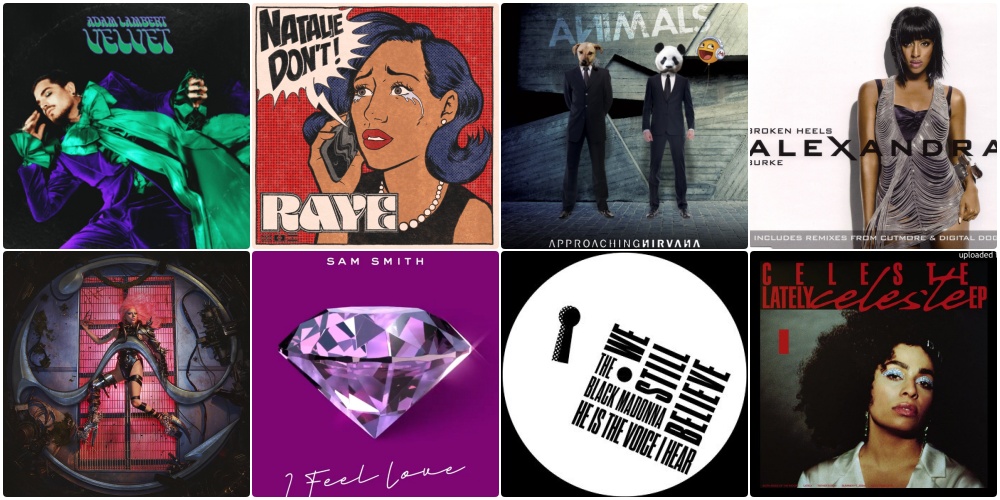 In all honesty, this was a nightmare to narrow down. Even my 100-track Spotify ‘Your Top Songs of 2020’ playlist didn’t cover enough of the music that has inspired me and made my ears go to their happy place this year. But I’ve pulled this down to just eight: two albums and six individual tracks:

*The Blessed Madonna changed their name this year, but YouTube links and titles still give their old name. Of additional note: every year I have one song that I always end up playing when I’m demoing dance animations in SL. He Is the Voice I Hear was this year’s song for that.

Throughout this year, lousy though it has been for much of the world, one constant has remained for me: my beloved Daros. My longtime best friend in real life as well as my partner in Second Life, he’s been there at the end of the line to console me when I was utterly miserable as Coronavirus took away from me a job that I loved, and he was there to metaphorically bounce around the room with me, shrieking with happiness (!) when I landed a new and even better job. He’s made me laugh, he’s inspired me, he’s introduced me to new music, to new people, to new interests. He’s kept me up far too late as we chatted into the night and taken me with him (in spirit, through the phone) on long drives around the beautiful area where he lives. I’d be lost and bloody lonely without him in my life. He’s made 2020 more bearable in so many ways.

At this arse-end of the year, my sartorial darlings, as we boot 2020 unceremoniously to the kerb, I hope that you can also look back and find some good amid the bad. And if you truly can’t do that, then I hope that 2021 brings you whatever measure of happiness you need or desire.