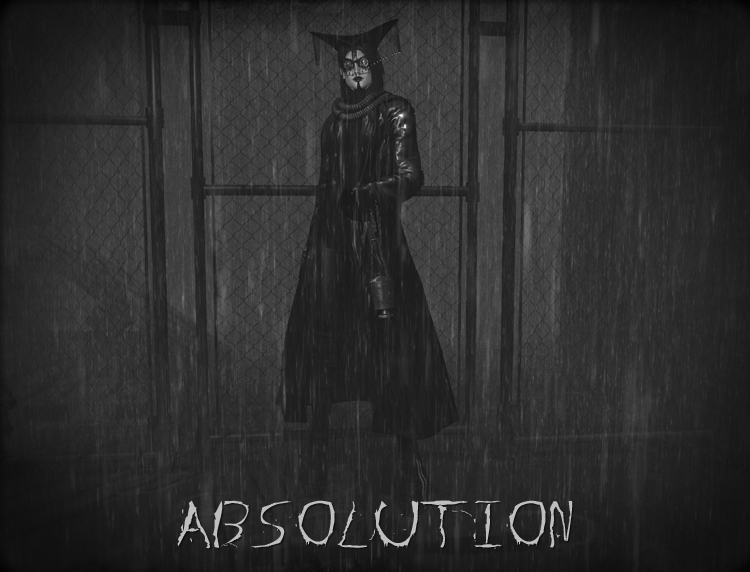 ‘Turn and face the strange.’

There are moments, my sartorial darlings, when I don’t just get an outfit from an SL dolly dress-up session. Instead I find myself staring at a character, and that’s what happened after an entire evening of clothes-flinging a couple of days ago. This one has no name as yet, but boy is he intriguing me with his quasi-religious censer and headdress that are both so reminiscent of the priest characters in Bowie’s seminal Ashes To Ashes video:

He didn’t start out that way, though. When I mentioned—oh so casually—up there that “an entire evening of clothes-flinging” was involved in his creation I wasn’t kidding. I had two or three disparate items (notably a cropped top and a pair of heeled boots) from current events that I was trying to meld into a cohesive look, but no matter what I did with them nothing really, well… 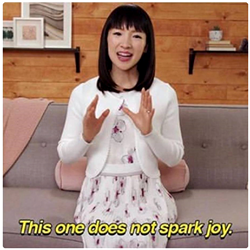 But then I threw on that Val’More coat, which in itself hints at dystopia—something you might expect to see a character wearing in Blade Runner—and the cogs started turning. The coat worked perfectly with the boots, so off came the cropped top (which will work itself into a different look) and I remembered that amazing headdress from Kosmii that I picked up a couple of years ago. As soon as that was on, I started getting that ‘future-priest’ vibe, so out came the censer by ContraptioN, and—since this is apparently a dystopian future—I started piling on the accessories. Y’know… as you do. 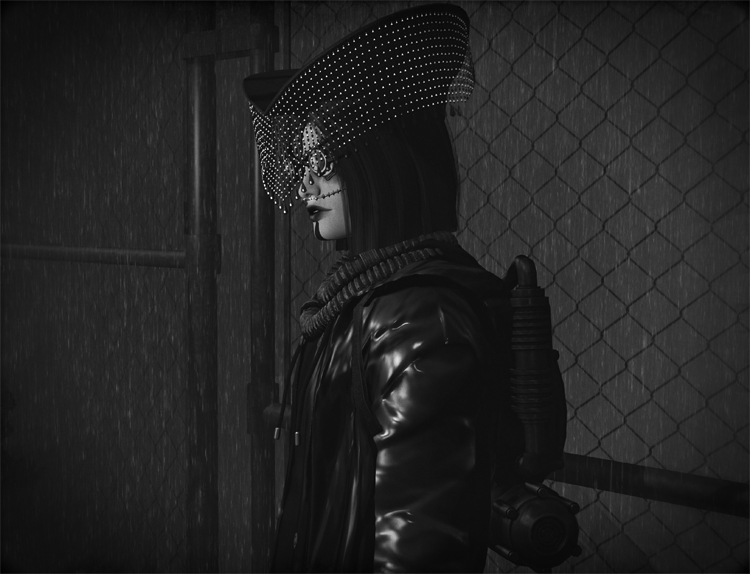 I collect a lot of this stuff from events such as Mainframe and Neo Japan, and often it works incredibly well with the steampunk/dieselpunk/<insert other ~punk genre here> items that crop up at the wonderful Engine Room events.

The boots (which you’ll have a clear, non-artsy-fartsy view of at the end of this post) are a current release from Static, out at Mainframe event (closes August 13th 2020). I was initially going to pick these up for Syd, but on examining the ad image closer I noticed they contained a rig for Belleza’s Jake body, so Syd didn’t get a look-in. Heels that Skell can wear? Oh hell yes. (Guys, do be aware that you’ll need to increase the foot size on your shape to close on 100, because the feet on these boots are very small even on the male body rig. So make a special copy of your shape with feet at 100 and put that shape in the boots’ folder.) 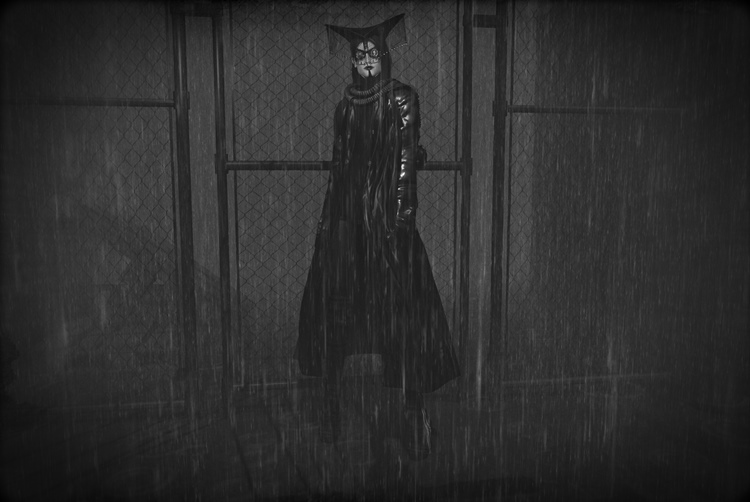 The coat, as mentioned previously, is from Val’More. And if you want the back accessory then you have a few more days to grab it from ContraptioN’s stall at The Men’s Dept (the current round closes July 30th 2020). If you miss out, give it a couple of weeks and it’ll be in the ContraptioN mainstore (and if you’re anything like me then god help your wallet when you visit that place…) 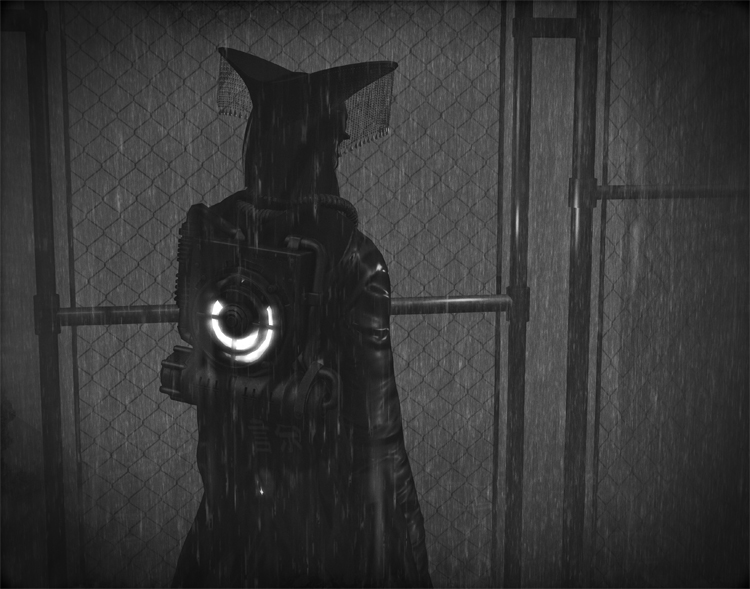 Details for the head include that amazing Kosmii headdress, eyewear by Supernatural, breathers by The White Crow, tube necklace by L’Emporio, and cyber implants by PSYCHO:Byts. 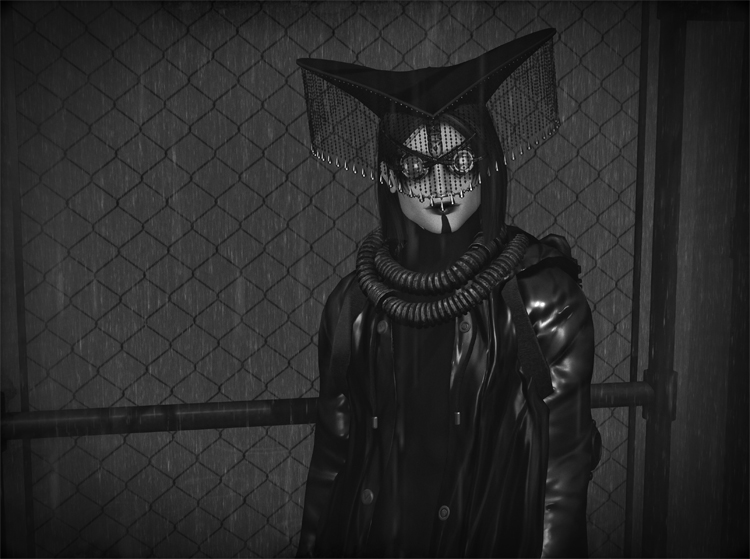 The tattoo is an old one by Suicide Gurls, and I’ve used some classic old system layer pants by Sn@tch (thanks be to the glory that is Bakes on Mesh!) over my trusty Jeanette’s Joint porcelain skin (which is my go-to for unsettling cyber looks like this one). 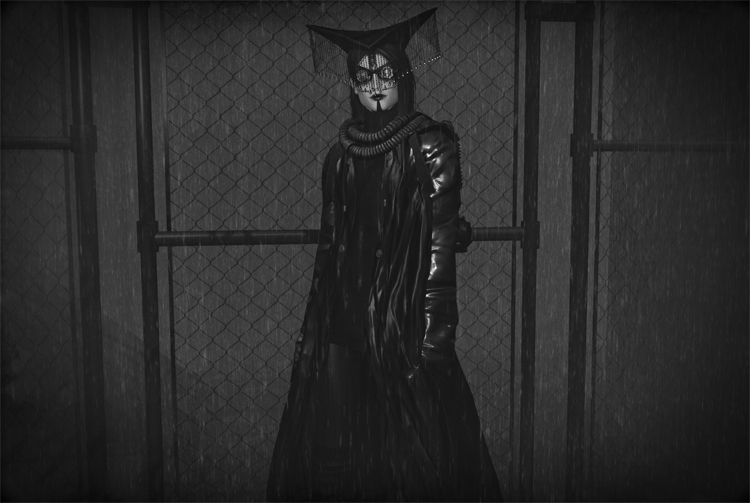 And because it’s only sensible to let you see the whole thing in a clearer light, so you can make purchase decisions, here’s a montage of some details: 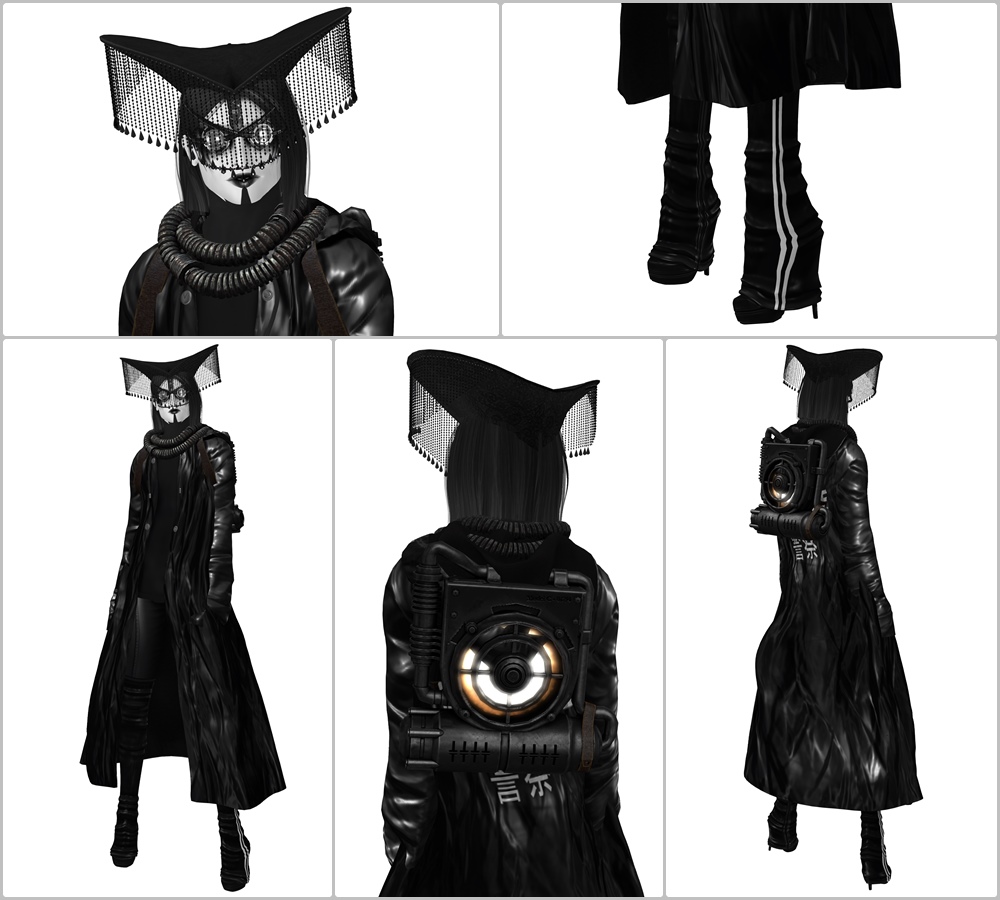