OK, my sartorial darlings, this one has been brewing for fucking months, and you know it’s going to be a doozie because I’ve already sworn twice within the space of 19 words. Expect more as this post proceeds. Let’s ease on those bitch heels and strut the runway of frustration again… 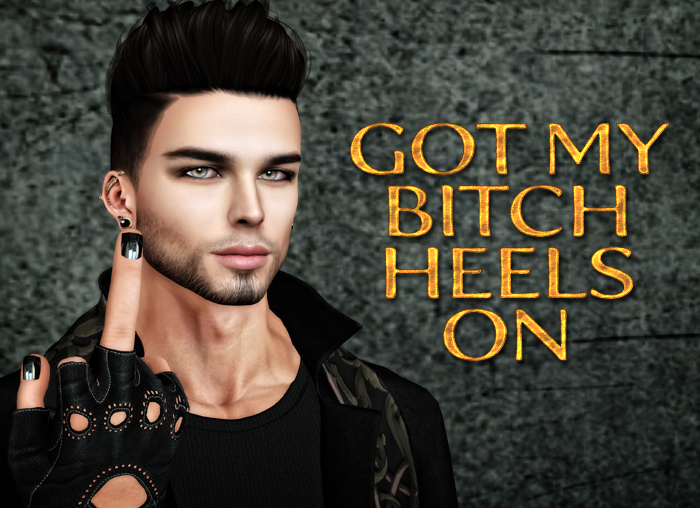 What am I bitchin’ about today?

*seethes quietly while he gets his blood pressure under control*

Look, I get it. I really do. The F/W18 Paris Fashion Week did  feature sportswear—specifically sweatpants and sweatshirts—fairly heavily. Believe me, I follow this shit and I saw it. It was the laziest goddamn ‘fashion design’ I think I’ve ever seen. And, unfortunately, many of SL’s menswear designers have ignored all the other amazing stuff that came out in those collections, and zeroed in on the sportswear like fucking mosquitoes with blinders on.

I’ve suffered in silence (okay, almost silence) for several months now. But the new Men’s Dept collection, released just yesterday, is the final fucking straw for me. It contains the following:

And that’s not counting the spaces taken up by the ten lots of decor items (including one backdrop and two skyboxes).

ONE collection. FIVE lots of sweatpants. Are you taking the fucking piss, people? Have we jettisoned back to 2007 and those heady days of ‘gangsta’ puffer jackets? Can we expect the enormous blinging $$ belt buckles and gold chains next?

It’s getting harder and harder to find NON-sportswear clothing items these days. More and more often I find myself coming away from the six (yes, SIX) monthly menswear events with just skins, hair, and other accessories lately. It’s damn near impossible to put together decent looks and blog posts without re-using older items time and again. I’m lucky if—from all those six events—I can find three or four clothing items I can work with. I’m even luckier if those clothing items actually work together.

Designers: did you even see  the Balmain F/W collection? Did you see all of this amazing stuff? 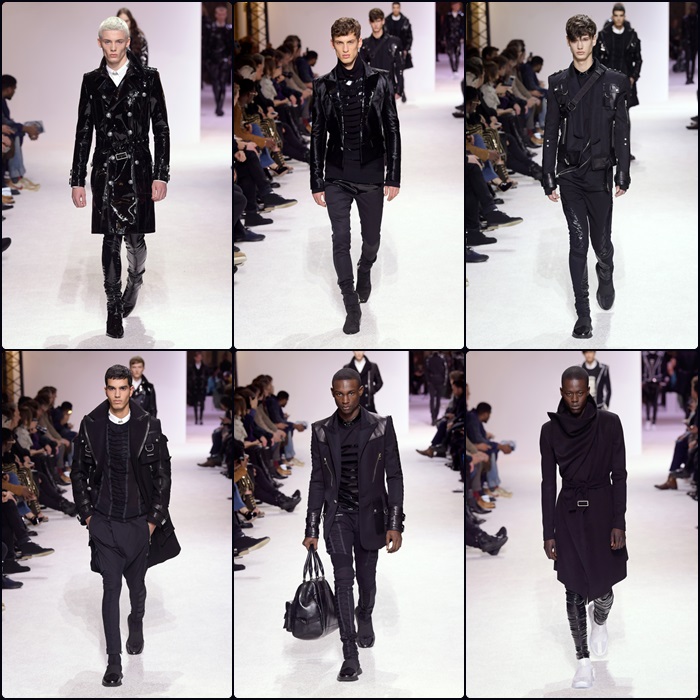 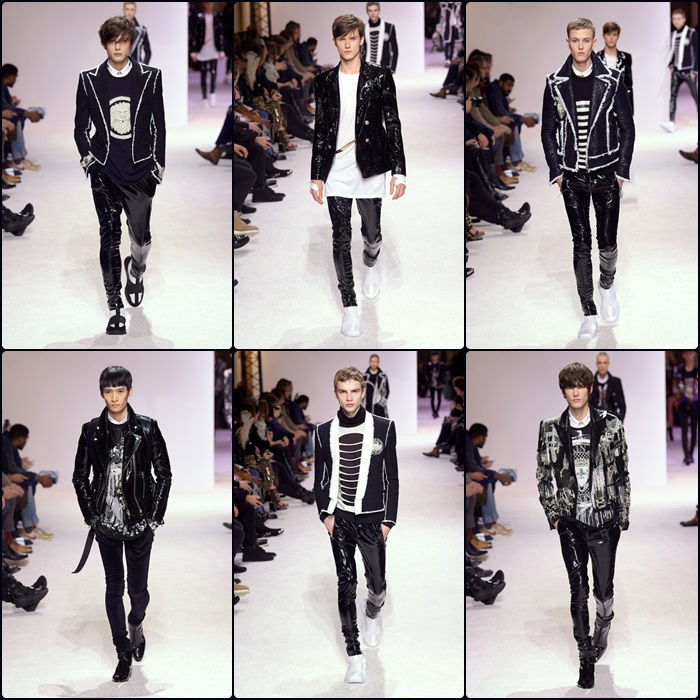 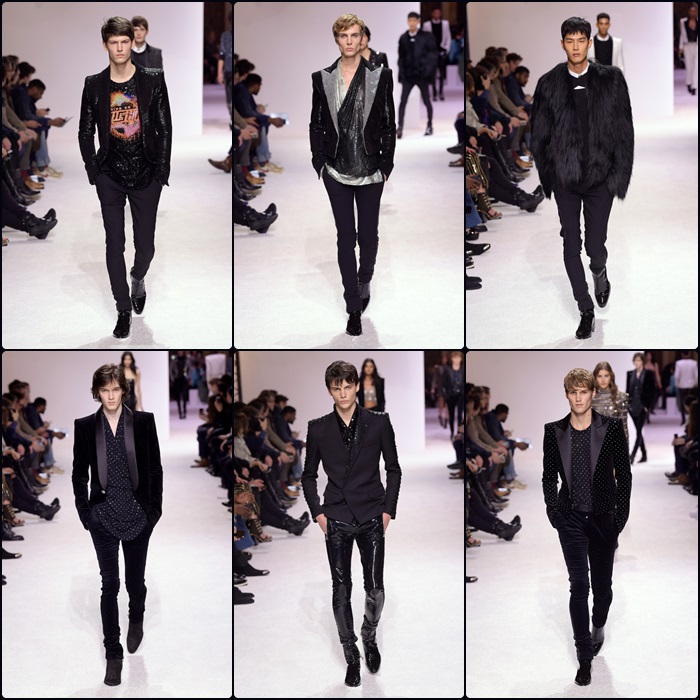 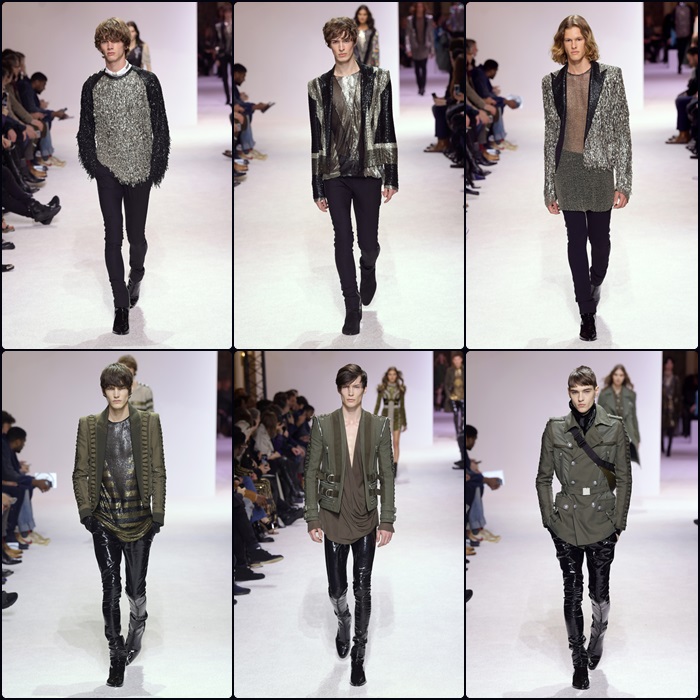 And that was just ONE collection. Balmain, Dior Homme, McQueen: all brought amazing design to the runways. 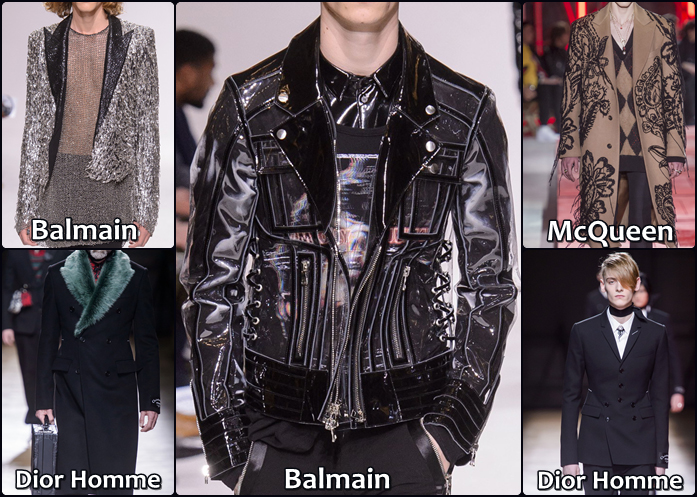 And what does SL give us?

*deep breath and all together now*

Yes, I’m fuming, but I’m also so, SO disappointed. Designers who once made amazing, innovative (but, crucially, wearable) clothing now release mostly sweatpants and sweatshirts. Footwear designers who once brought out incredible boots and shoes now mostly release sneakers. And don’t even get me started on the whole “only rigging for Gianni and Jake” that goes on these days.

First world problems, yeah, but bloody hell,  people. I’m more than willing to put in hours  of effort to put looks together and publicise your creations, but I’m getting so damn disheartened with the menswear scene in SL lately. Have you noticed that many of my fashion shots these days are head-and-shoulders-only? Or head-and-torso-only? That’s because I can’t find decent fucking pants and footwear on a reasonably regular basis. Or because all I’ve found is a new skin and some hair. Maybe some eyes.

Can we turn this around a little? God, I have no idea how many (if any) clothing designers read my blog, but show me what you can do, my sartorial darlings. Blow my mind and make me throw my L$ at you. Want some ideas? Check out my HOWL Pinterest board, because—if you can bring stuff like that to SL—you will  make me howl. (And yes, right at the bottom of that page you’ll see something that one designer has  brought into SL, and that I and many others jumped on the second we saw it.)

Because there’s nothing sartorial about fucking sweatpants…

2 thoughts on “Bitch, please: Enough with the fucking SWEATPANTS already!”