Rockstar is probably my most frequently-used persona in SL. He’s been through several variants, but he pops up with comforting regularity. With the theme of SL10B being “Looking Back, Looking Forward”, and with Skell’s Avatar Evolution image being part of Harper Beresford’s exhibit at SL10B this year (direct SLurl, if you want to go and see it), I thought I’d take a look back at the evolution of Skell’s Rockstar persona.

I’ll link to my original Flickr images here, so if you want the credits you can find them at the links. Please note that not all of these creators are still in business inworld, especially those in the older images.

We start way back in March 2009. Sculpts were coming into use, but the very first Rockstar incarnation was (almost) all prims, even the astonishingly-good combat boots. 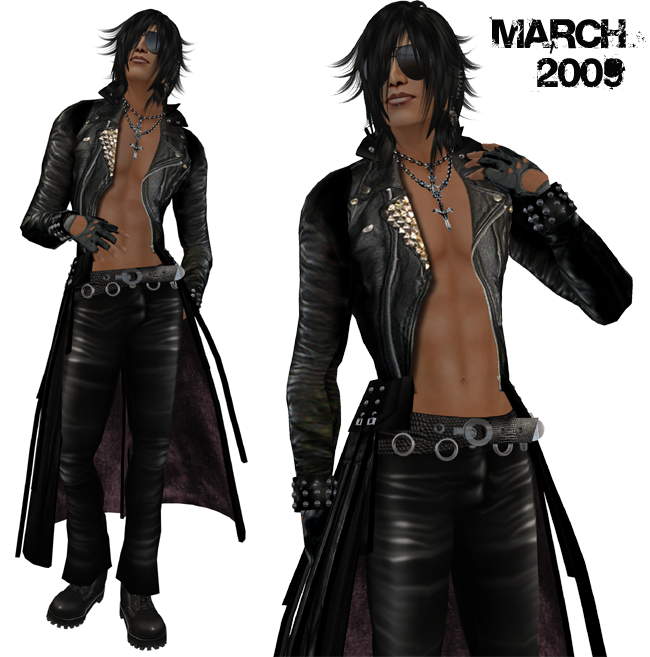 Credits for Rockstar #1 are here. The Silver Wheel piercings (although not very visible under this hairstyle) were one of my best finds in the Twisted Hunt of that year. I still pull ’em out now and then, when I want something big, bad and slightly tortuous ;-)

Closeup of the Yabukasa necklace. Again, I still wear this one sometimes: 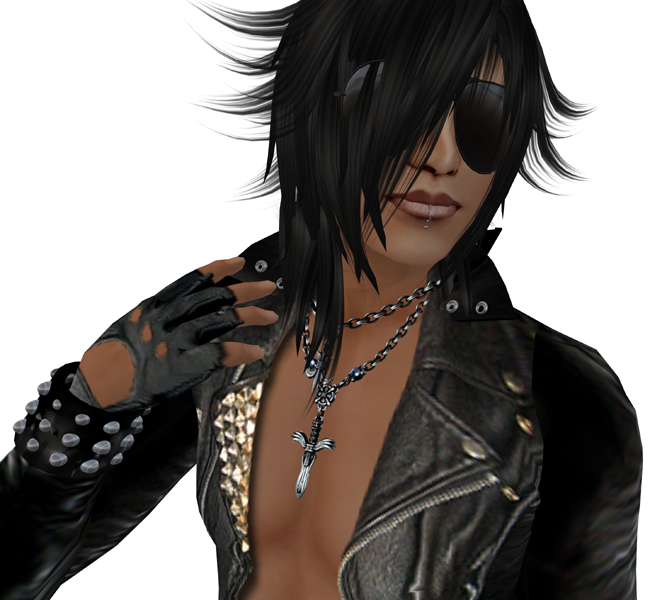 And what I can show you of the Silver Wheel piercings. Nasty-good stuff… 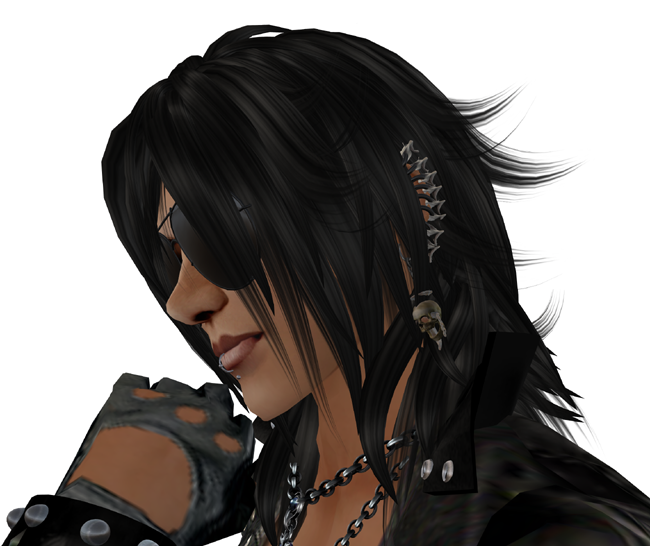 So much of this outfit is still wearable. The Rawdolls aviators were a firm favourite of mine at the time (I was rarely out of them for months) and they still work today, even with the advent of mesh.

Here’s a closeup on those Abyss combat boots: 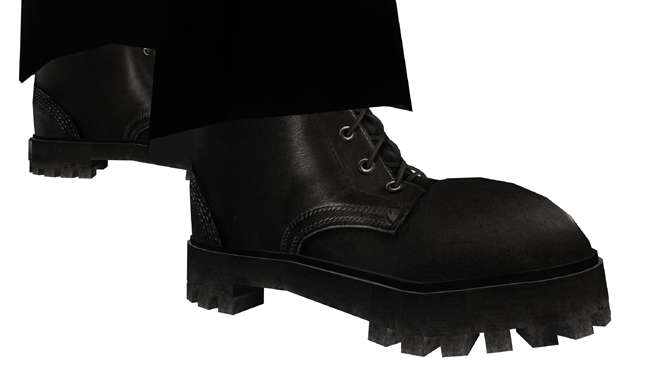 They look sculpted, don’t they? Well, they’re not. Not entirely, anyway: 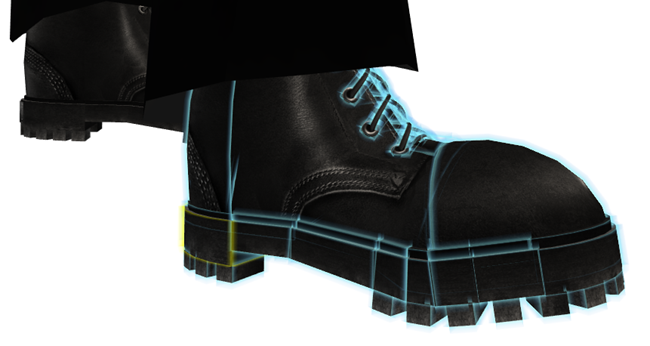 Onto the next version (Rockstar v2.0?) and we move forward to November 2009. This one was called ‘Rockstar Downtime’, and this was him as I imagined lounging in the tourbus after a gig ;-) 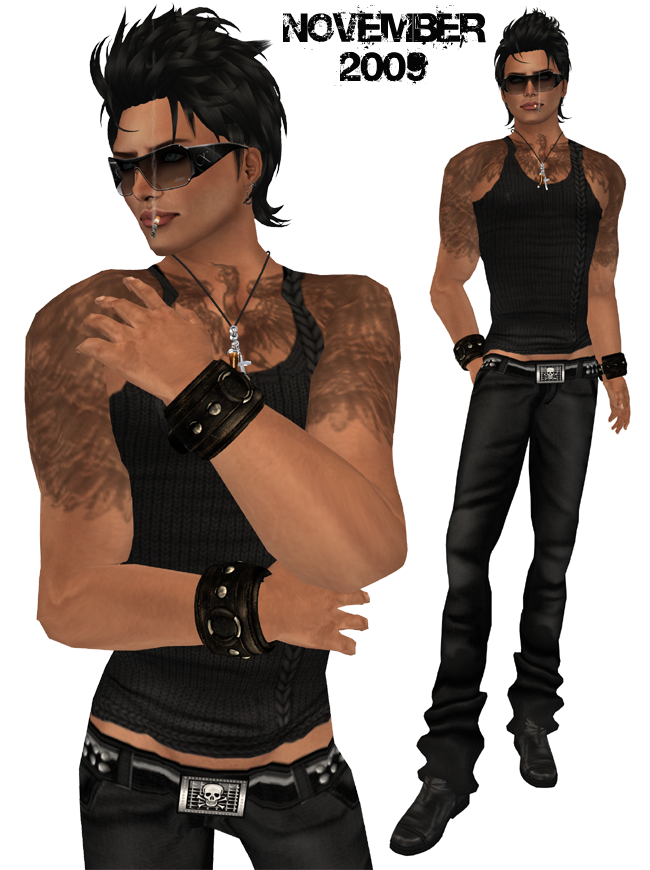 Credits for that look are here.

Rockstar v3.0 was at a soundcheck in February 2010, I think. Not quite lounging on the tourbus; he’s a tad more done-up, in case he’s stopped for autographs… 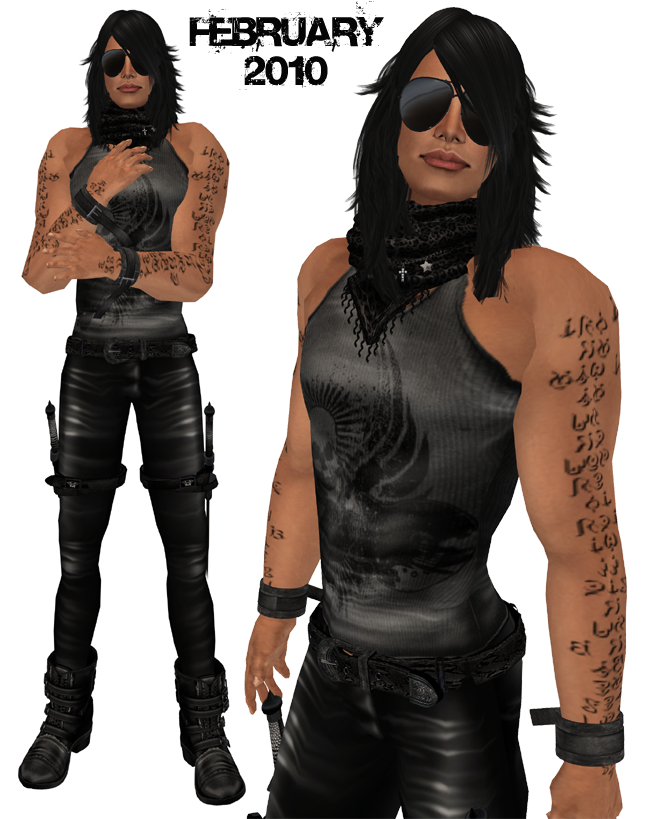 Credits here. Rock out with yer cock out, as Iggy once said.

Rockstar v4.0 in June 2011, and if we’re following the typical rocker life, I guess this is rocker after rehab. He’s noticably skinnier (actually, I used the same shape throughout in these images, but way back when I was progressing through these looks, this was the first one I put together after pulling down the muscles in Skell’s legs (because, seriously, they were kinda like two hams *g*)) 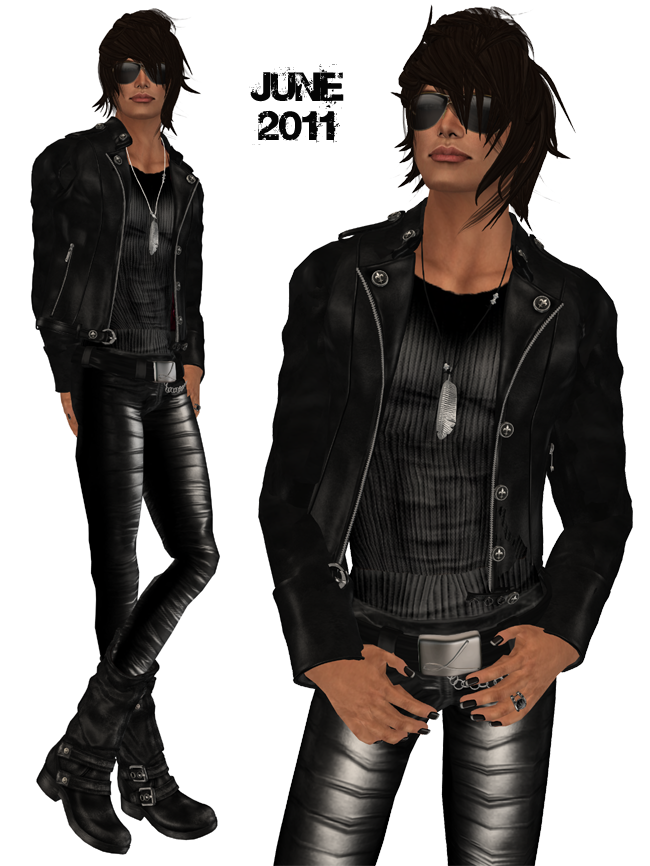 Credits can be found here.

April 2012 and Rockstar v5.0 finally gets a mesh-capable viewer. And he spends some of his millions (yeah, I wish!) on fancy designer stuff. 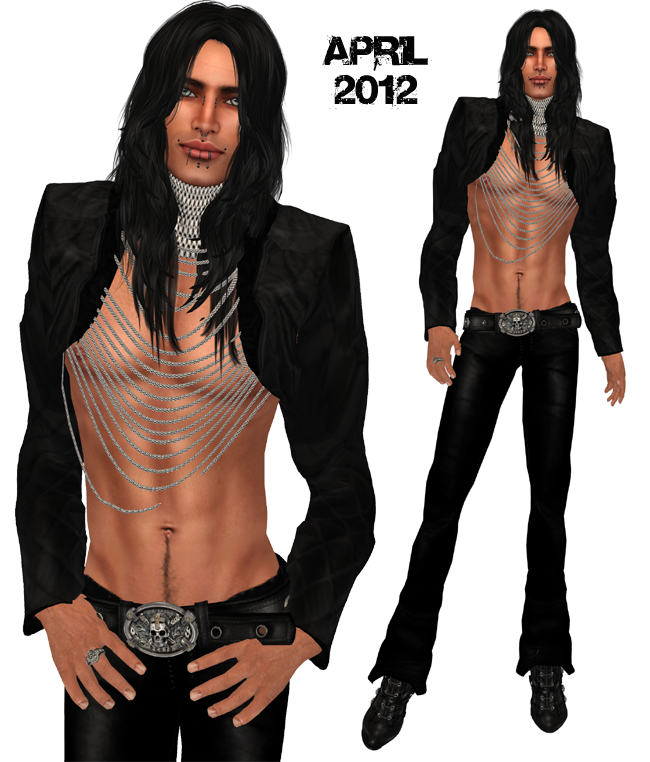 He’s also wearing heels, and one of my favourite hairstyles. Oh, and that belt. And this is where the piercings start increasing. Credits here.

In April 2012, Rockstar v6.0 is in downtime mode again. This is one of my go-to standard looks. 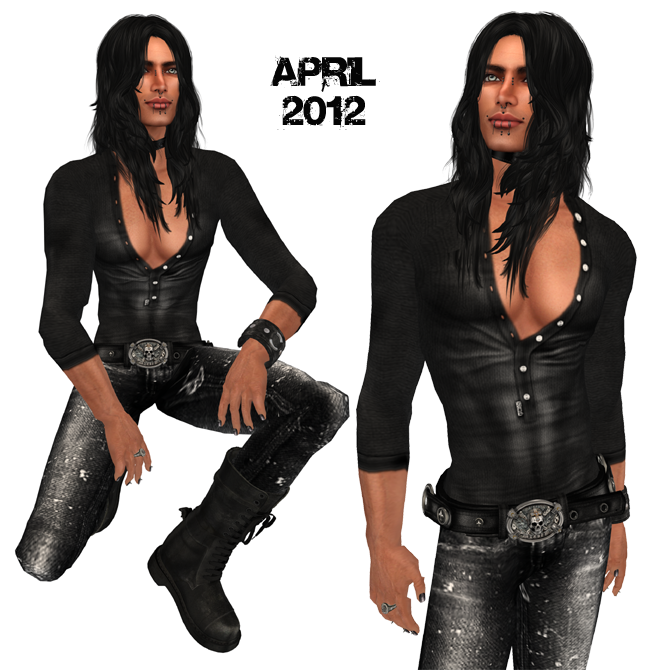 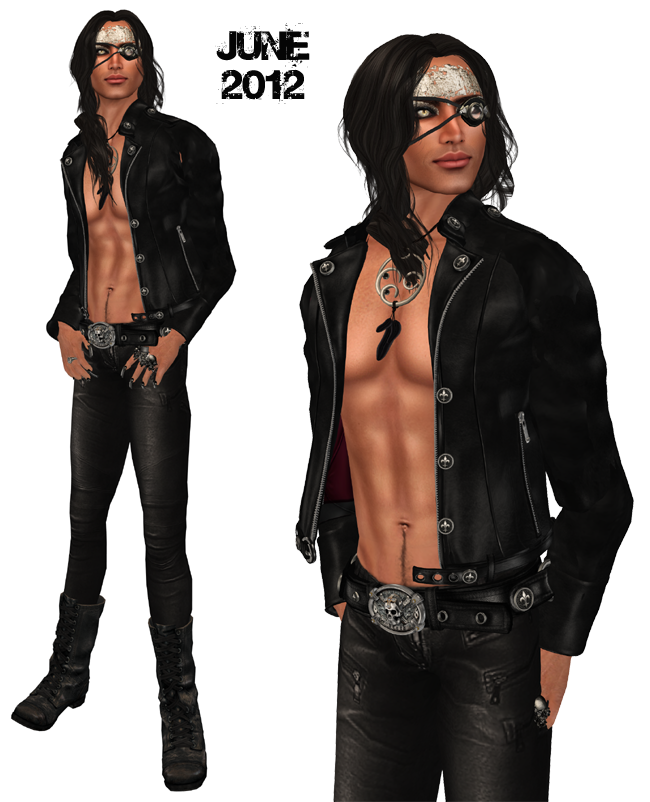 And this is Rockstar v8.0, as he is today. Older, wiser, and the band has re-formed for a comeback tour. Headlining at Download next year ;-) 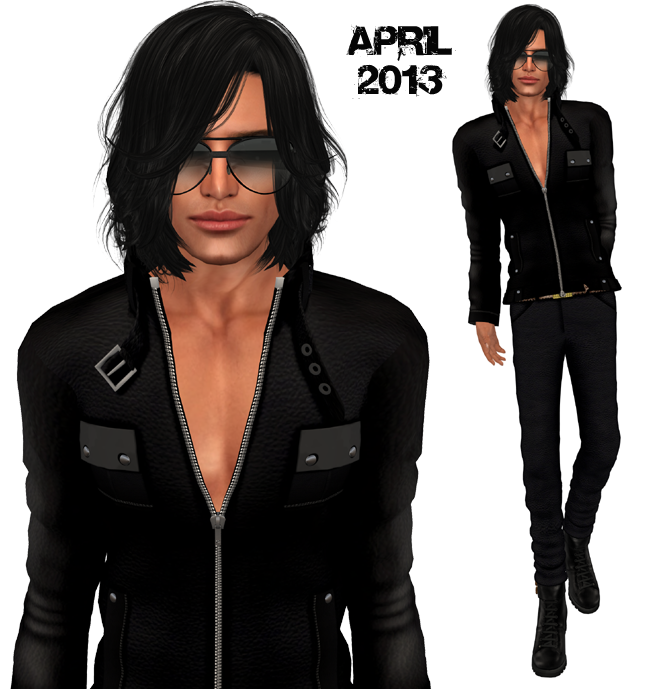 I guess you need some music. Have a brilliant track by Heatbeat, which inspired the Rocker Monster persona: