“Oh, Louis… Louis. Still whining, Louis. Have you heard enough? I’ve had to listen to that for centuries.” 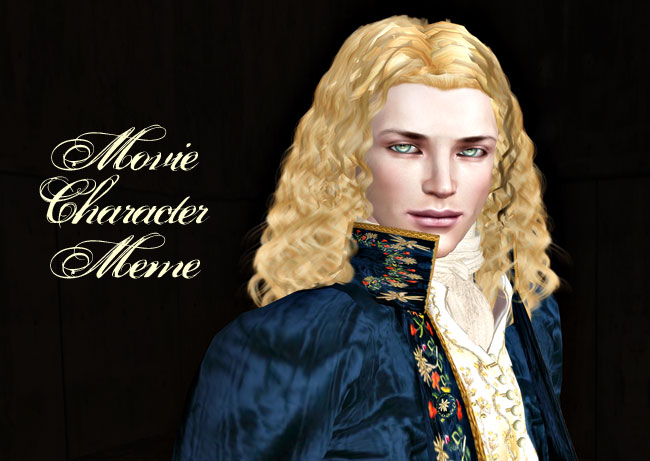 This week’s Monday Meme is all about movie characters, and from the moment I saw it I knew who I simply had  to recreate. And boy oh boy, was it tricky ;-)

Meme instructions: Dress up your avatar as a character from a movie. Don’t forget to share the link to your post in the comments and add your pictures to the Blog Memes flickr group.

The Brat Prince himself, Lestat de Lioncourt. Now I’m no fan of Tom Cruise, but in this movie he was utterly brilliant (and yes, I’ll admit it: he was also fucking hot). So I trundled off to SL Marketplace, knowing the store that I needed for the outfit, and in the vain hope that I might find a hairstyle that came close enough. I managed both, but my sartorial darlings it was one hell of a struggle because I was chucked firmly back into the days of alpha-layered flexi hair and sculpt/prim clothing.

Yeah, much though I love Le Grenier du Château for their historical clothing, I’ve yet to find a store that’s making this kind of rococo fashion for men – in mesh. There’s plenty of stuff for the ladies (as always) but the guys are still stuck back in 2009. Still, I made the best with what I had, and some judicial choosing of poses and a smidge of Photoshoppery (yes, I hold my hands up to that; a bit of cloning went on here, where the waistcoat poked a little through the coat, etc) saw me ending up with something I was pretty happy with for a meme photoshoot. 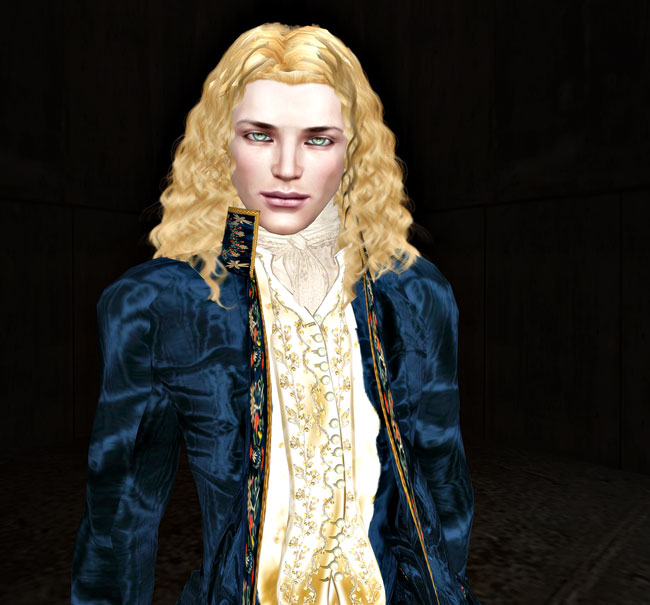 The hair, as you can see, is alpha-layered, and it doesn’t play too well when you cam around to the side of it (good old alpha conflict issues) but it’s a good replica of Lestat’s loose hair in the movie, and for that I’ll forgive it a lot of problems ;-) I couldn’t find anything approaching his mussed-up queue (the tied-back style) so I went with the formal style he had at the start of the movie, where he first encountered Louis. 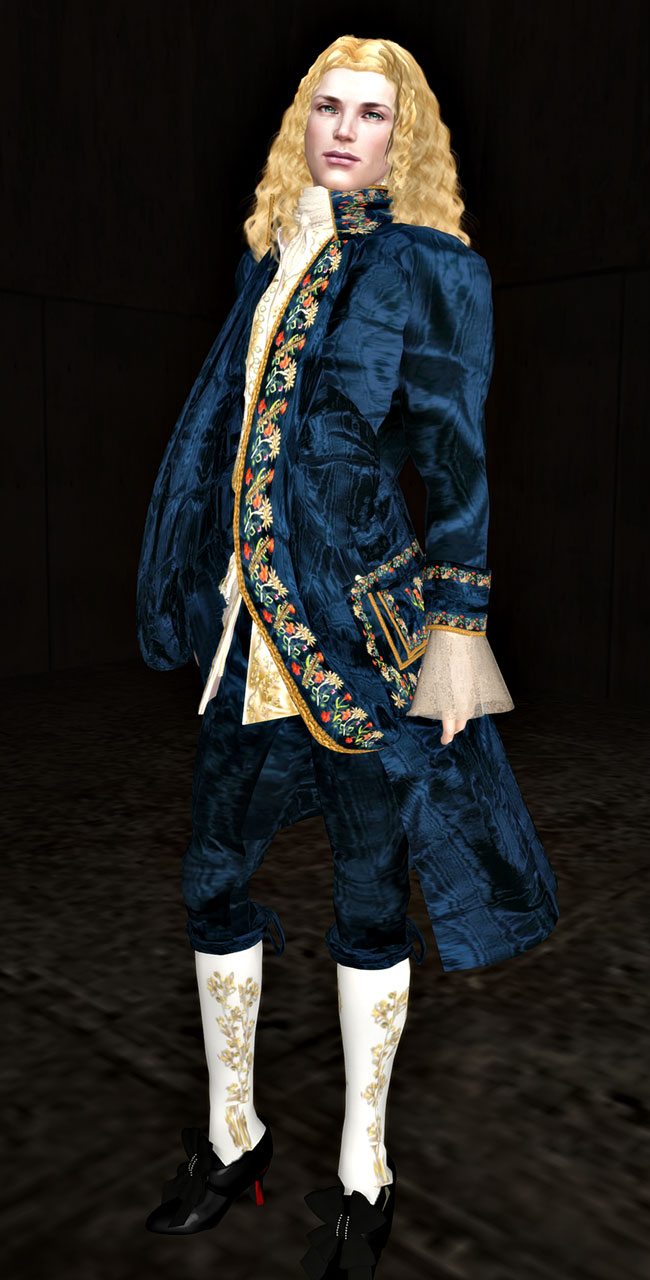 The shoes… *sigh* Again, issues. They’re absolutely spot-on, but (wait for it) they’re no copy and no mod. Argh!  So yes, you’ll have to fiddle and fuss with your foot size, find an alpha layer that works (none is included in the pack), and eventually you’ll come up with something that’s workable. These are still my go-to shoes for this kind of look, though. Please, someone make something similar in unrigged, editable mesh! 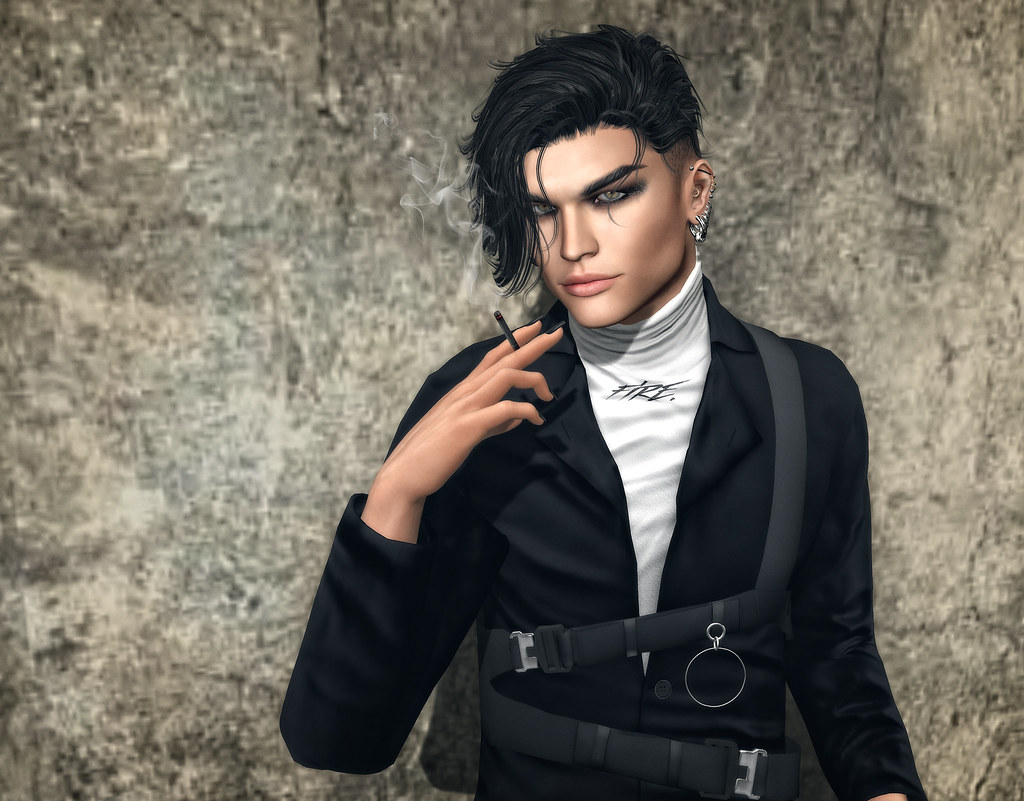