So yeah. This happened. 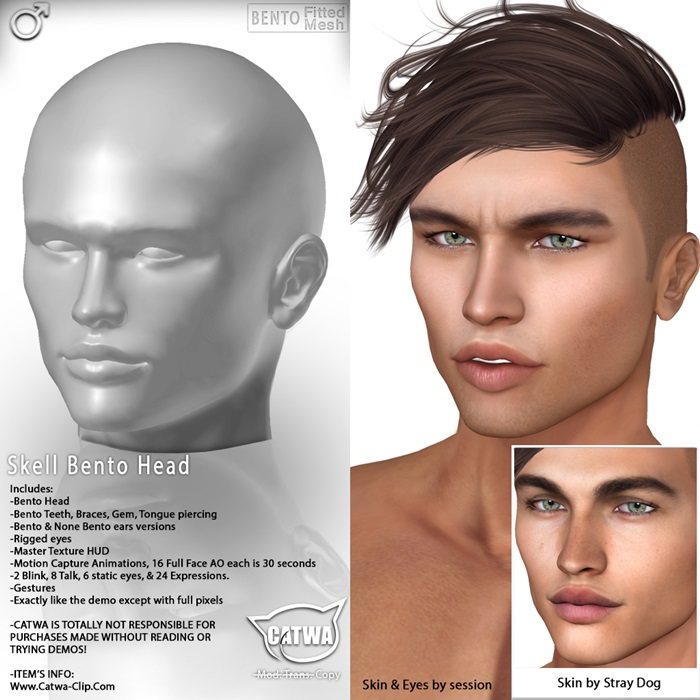 Catwa’s new male Bento head—named for and inspired by Yours Truly—will debut at Skin Fair, which begins on 9th March. It will be L$5000, and the demo is free. (Be aware that the demo contains ‘missing pixels’ while the full-priced head is complete.)

You have no idea  how hard it’s been for me to keep schtum over this, but to say that I am both thrilled and honoured to have ‘my own’ Catwa Bento mesh head would be the understatement of the year. When I finally saw the ad image and got hold of the head itself to try it out I was literally  (and I don’t use that word often; I take ‘literally’ literally) shrieking with delight.

My sartorial darlings, I AM GORGEOUS! XD 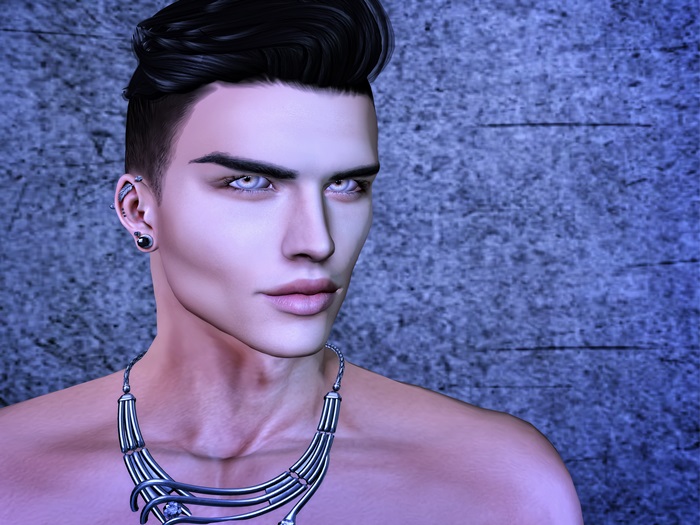 Seriously, Catwa has outdone herself with this one and given me the beautiful male head that I’ve been yearning for. Look at the cheekbones. Look at the lips! GAH! I spent about half an hour just cammed on my face while my AO played out, taking screenshots. Which, of course, I’m now going to spam you with :p 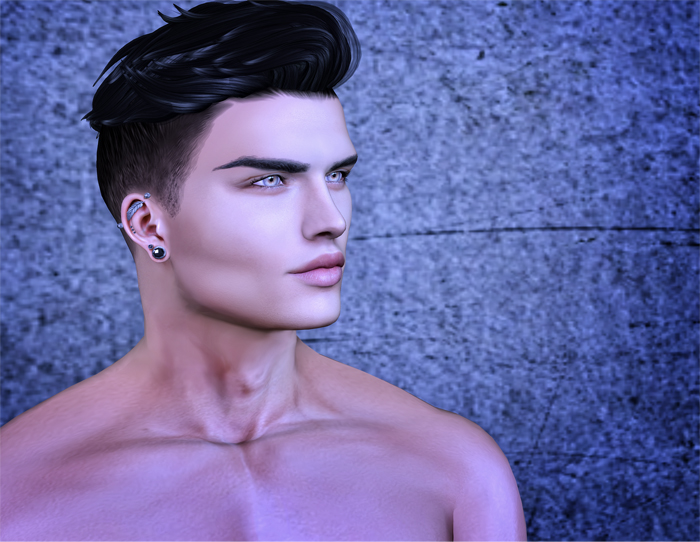 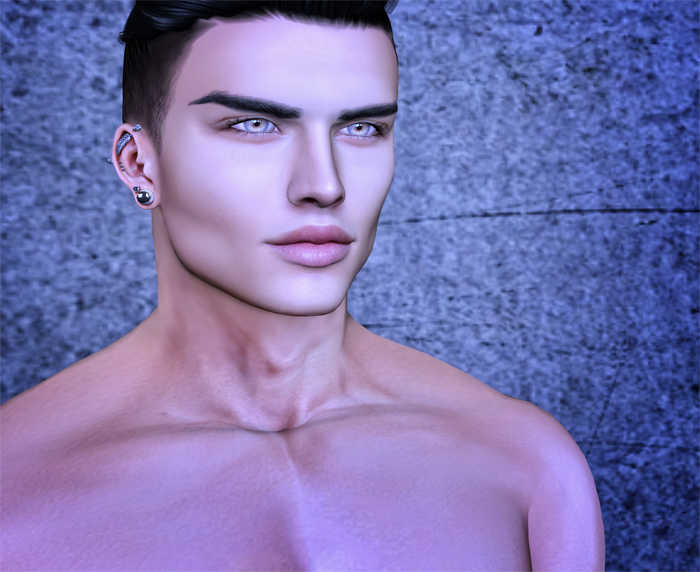 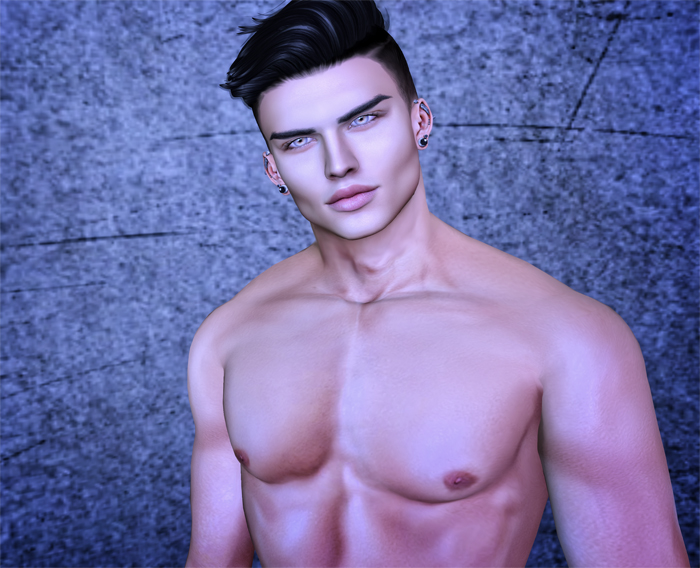 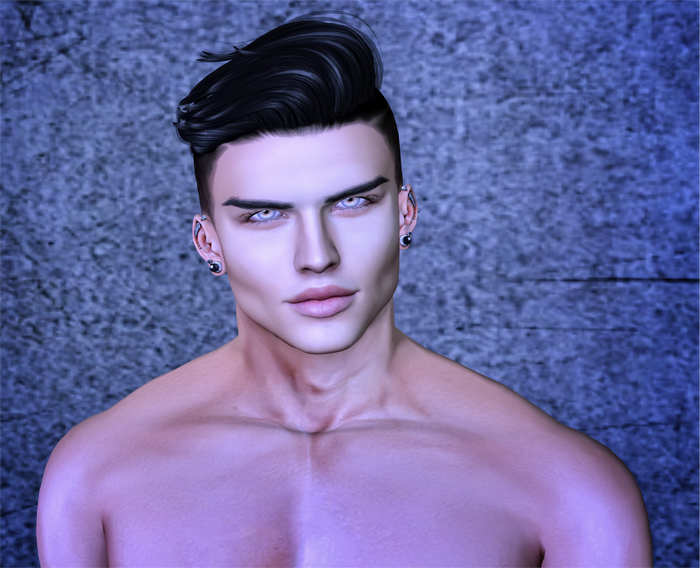 Is it wrong to want to snog your own avatar? Asking for a, uh, friend…

The above skin is one of my current favourites: L’Etre’s Toni  in buttermilk. But, of course, I had to slap a load of others onto this glorious construction to see what they looked like. And shall we say that the seal-clapping only intensified when I did that?

Yeah, I guess we should. Honestly, I think that by now you’ve realised this isn’t so much of a mesh head review as it is an out-and-out GUSH. Shit, son, I’m sorry, but can you blame me? ;-)

(And yeah, I kinda wish I’d switched out Windlights for the following pics, but I’m all about the continuity, me…) 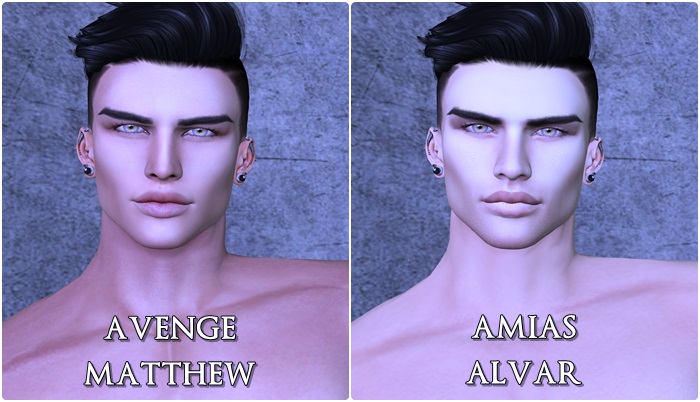 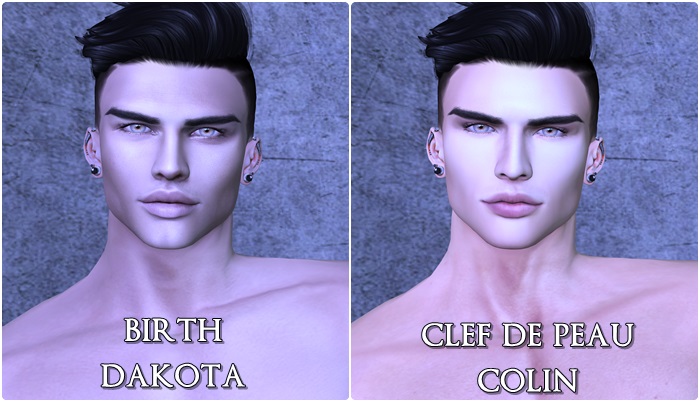 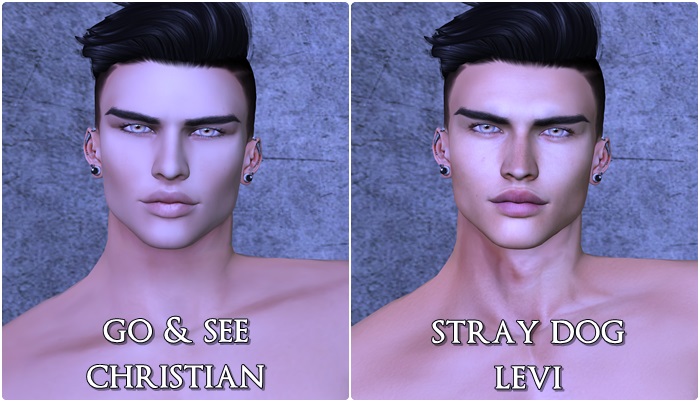 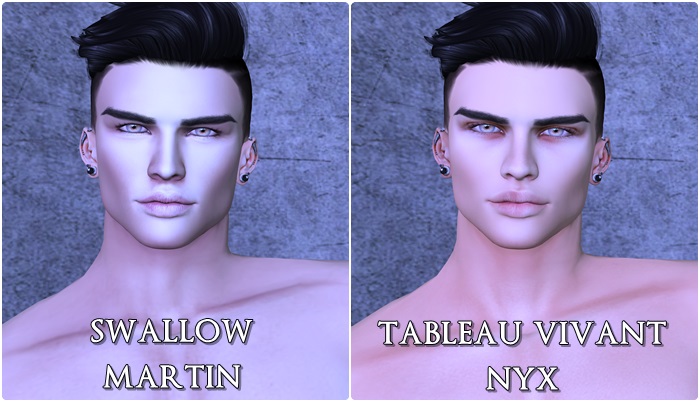 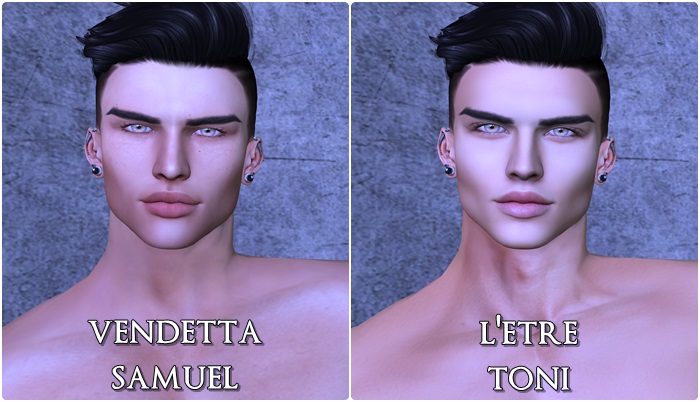 Skell is the first of Catwa’s male mesh heads to be at v3.2, and contains some nice little quality of life improvements, which will be coming to all of Catwa’s Bento mesh heads soon. There are new gestures added to the gesture pack, and the issue where using high-priority sit or stand animations sometimes stopped some of the head’s animation features (such as blinking) from working has now been fixed. The default skin options on the Master HUD now show what colour brows they have (and also which are the no-brow options), and Catwa has included some nice tintable guyliners in the eye makeup section. You don’t have to go full-on Robert-Smith-of-The-Cure with these, but if you have a skin that needs a little bit of ‘pop’ around the eyes (we’ve all got that one skin, right? We love it, but our eyes look like pissholes in the snow from a distance!) you can put on any of the eyeliners, tint them a colour that suits your skintone, then use the blend slider to find that Goldilocks ‘just right’ spot.

6 thoughts on “Playing with myself – Catwa ‘Skell’ Bento mesh head”