Shit, son, there is so much good stuff  out there at the moment! 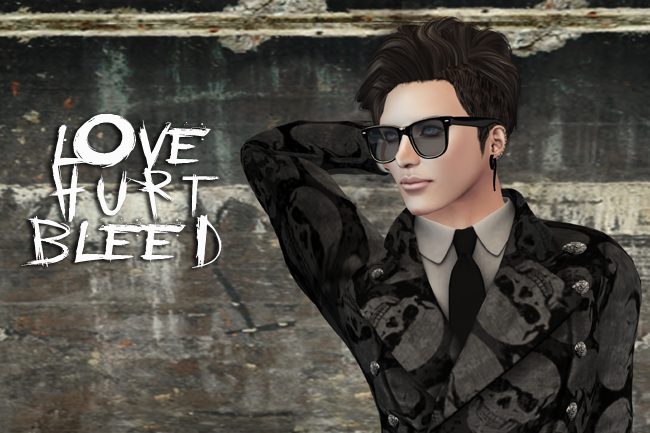 If, by the end of this post, you’ve not run to grab half these items, then I dunno what’s wrong with ya ;-)

Firstly, yes, Skell looks kinda butch lesbian here. It’s intriguingly andro, but in an opposite direction than the one in which he usually goes. 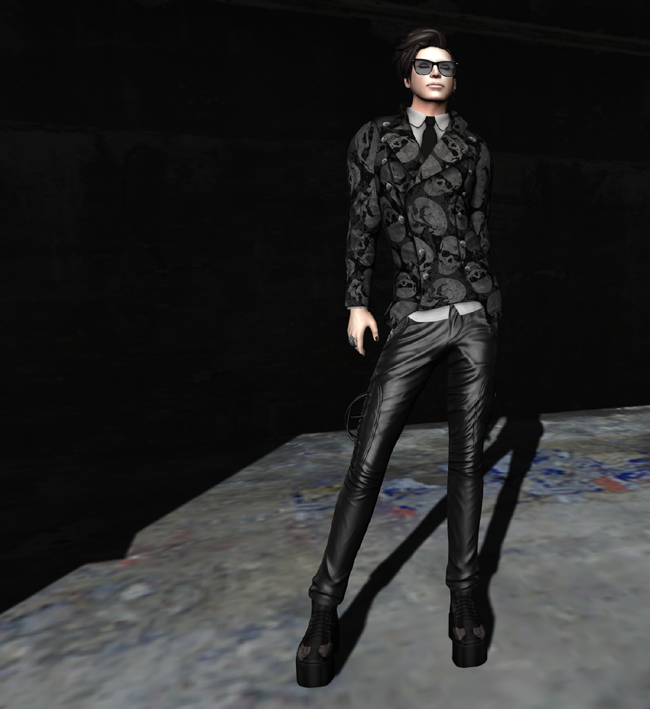 Yeah, you totally  want those pants, don’t you? I saw them, shrieked, and hit that ‘buy’ button so hard after I’d demo’d them. They are a teensy little bit low in the crotch, but not so low that Skell won’t wear them (and you know how fussy he is about that “just crapped myself” look).

Betcha want the jacket, too. Would you believe that’s only L$99 on Marketplace and L$25 inworld? 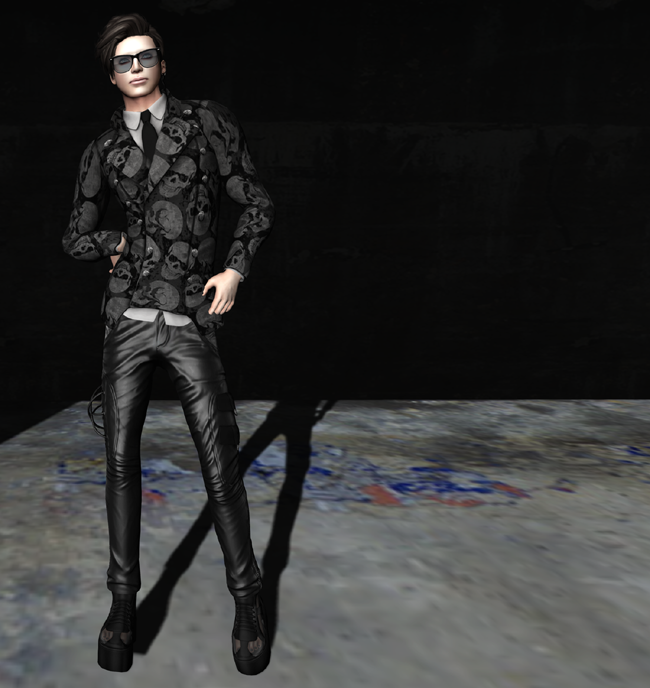 How about those bitchin’ shoes? They’re made for Slink feet, and yep; they’re see-through. 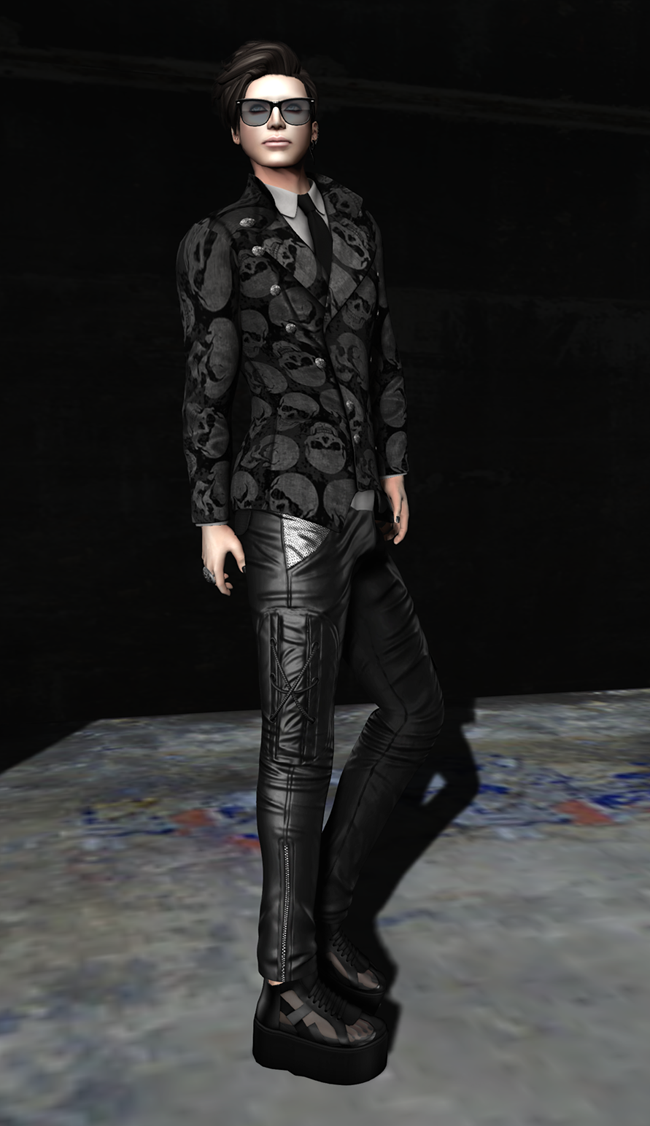 Skin and hair, all new. And your eyes do not deceive you. Skell is  wearing nerd glasses. 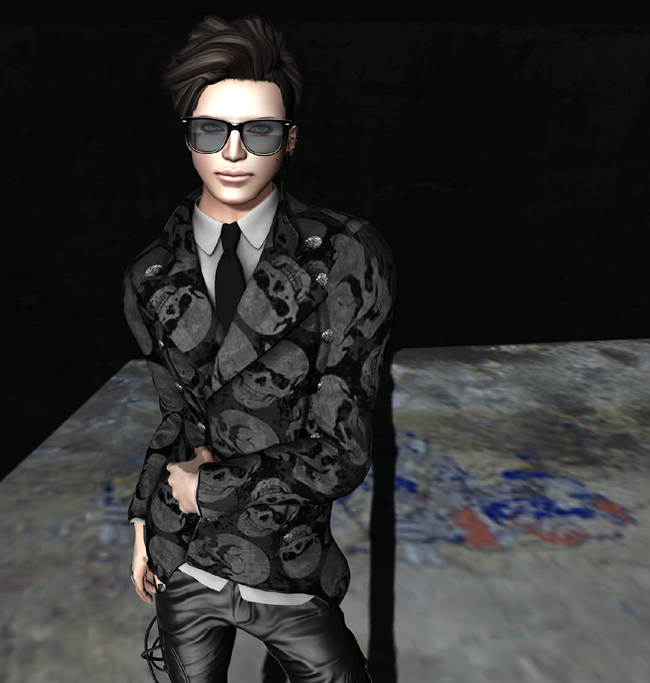 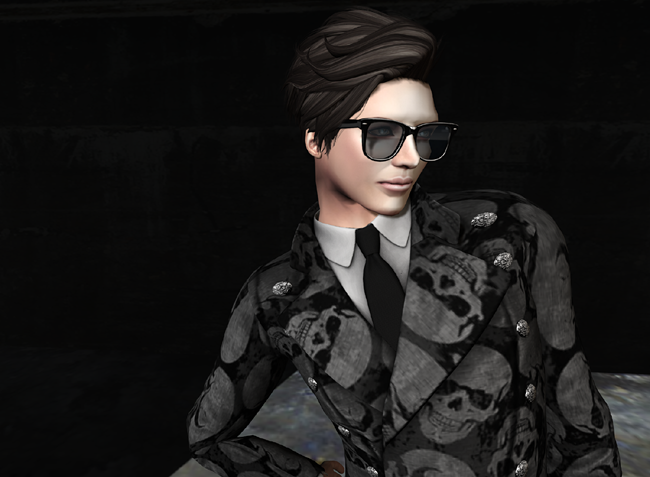 Pants! Yes, you’re panting. I hear ya. OMG, these things are so gorgeous. 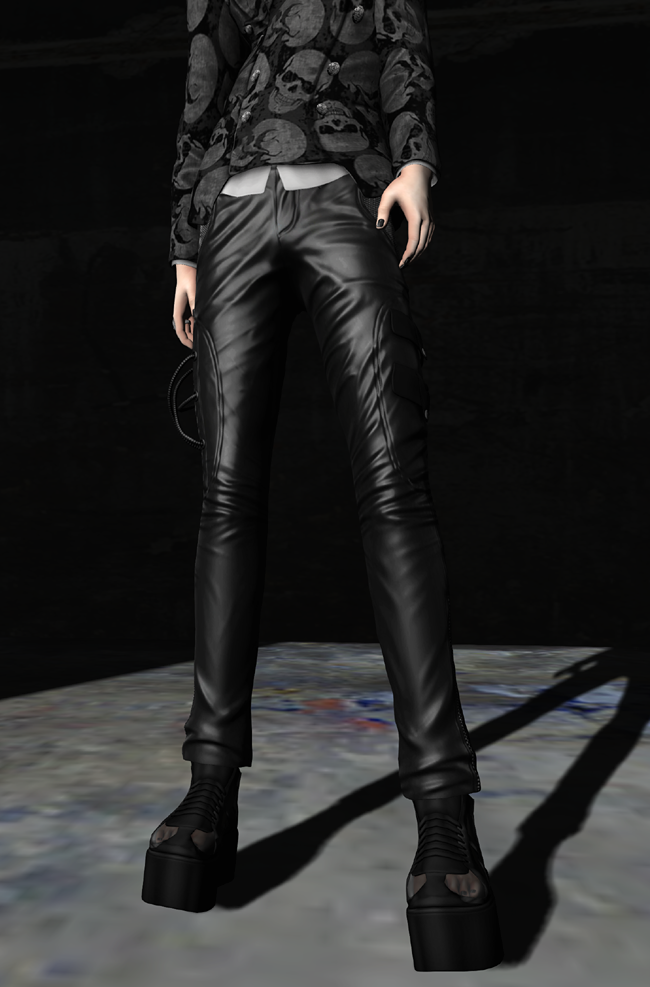 As for these shitkickers. Honestly, I’m head over painted toenails for ’em. 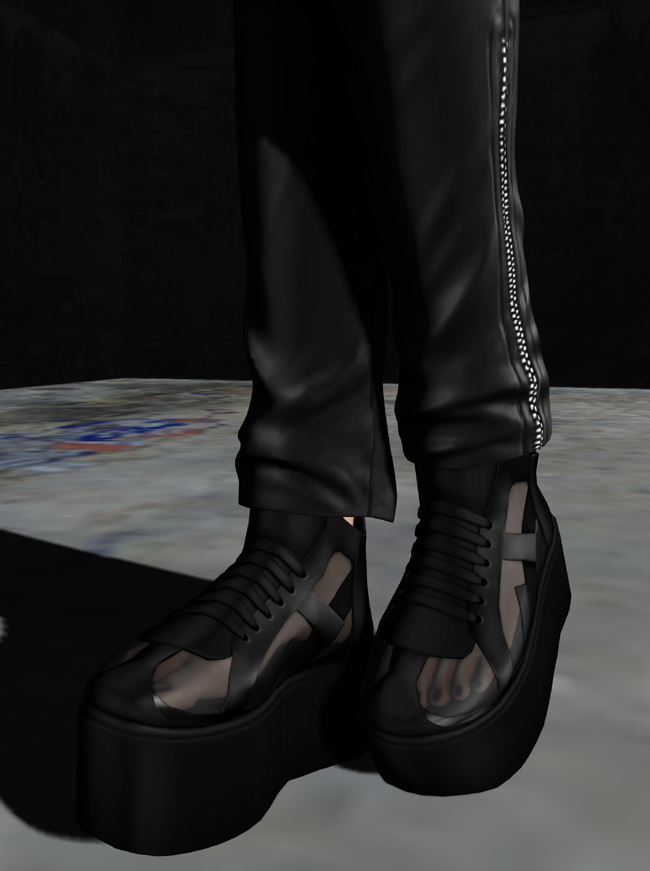 Some non-shadow shots for you now. The skin is by Swallow @ Mens Dept. Shades are by Steinwerk. Jacket by No Salvation Designs. Eyes by IKON. Hair by INK @ Mens Dept. Eyeliner by Lovely Disarray @ Final Fantasy Festival. 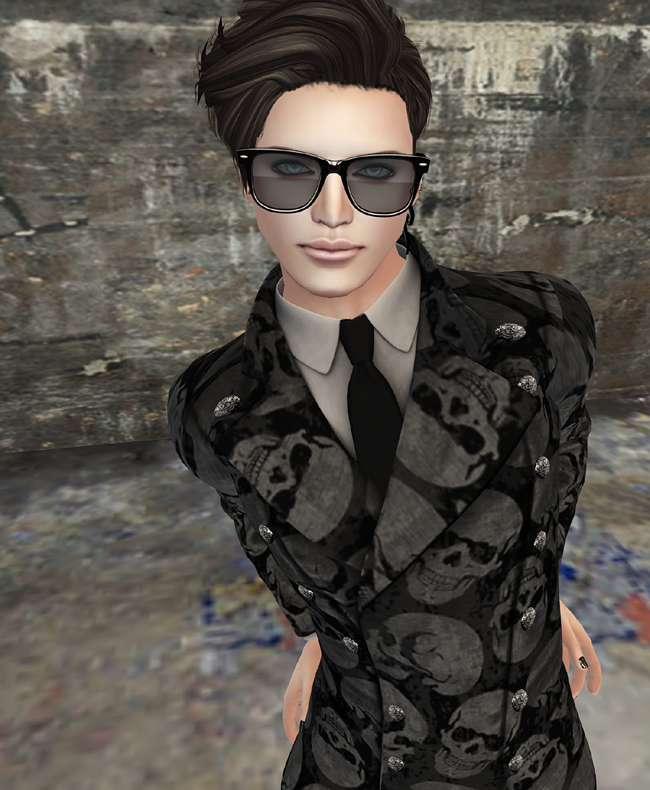 Hands by Slink (the Swallow skin has appliers for both hands and feet sold separately @ Mens Dept). Ring by Maxi Gossamer. Nail appliers by A:S:S. 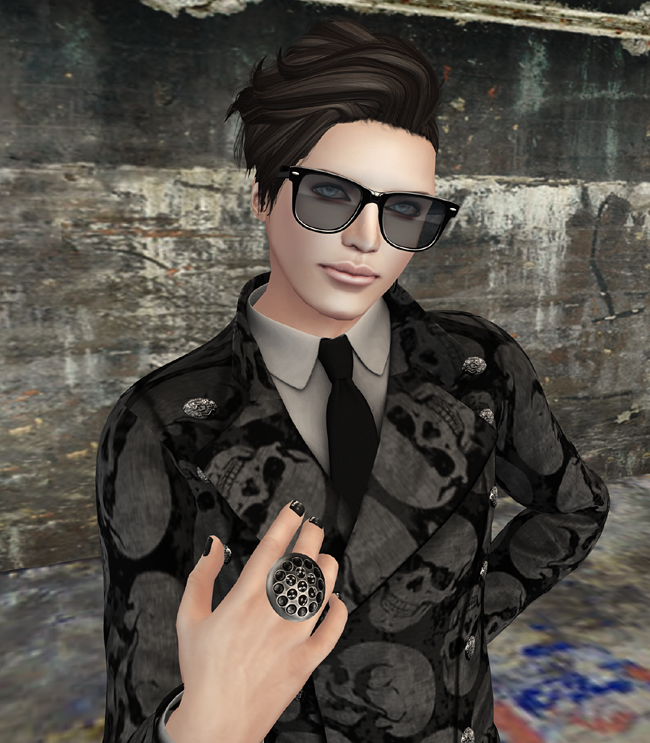 Pants (oh god, those pants!) by No Salvation Designs. 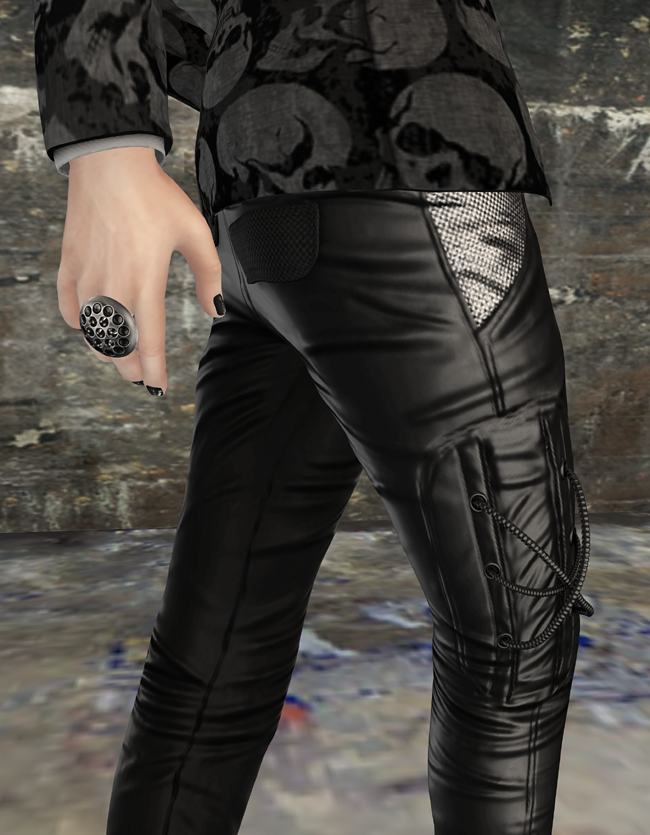 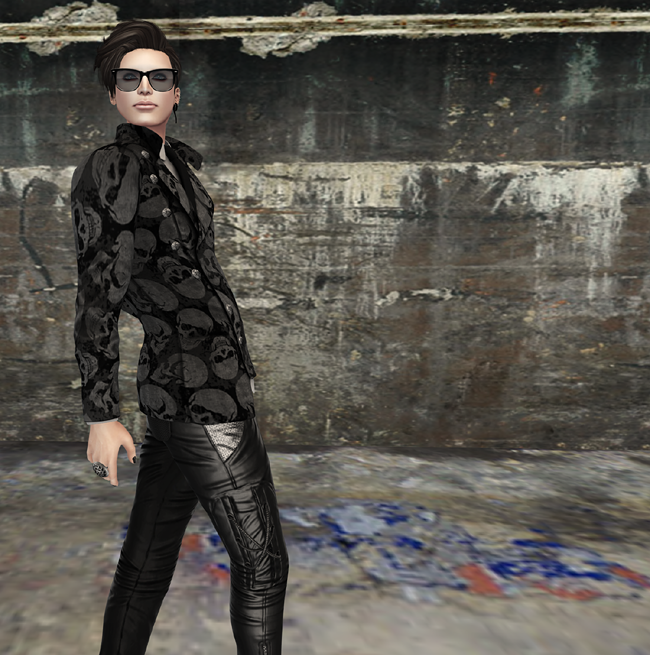 Now go out there and SHOP! 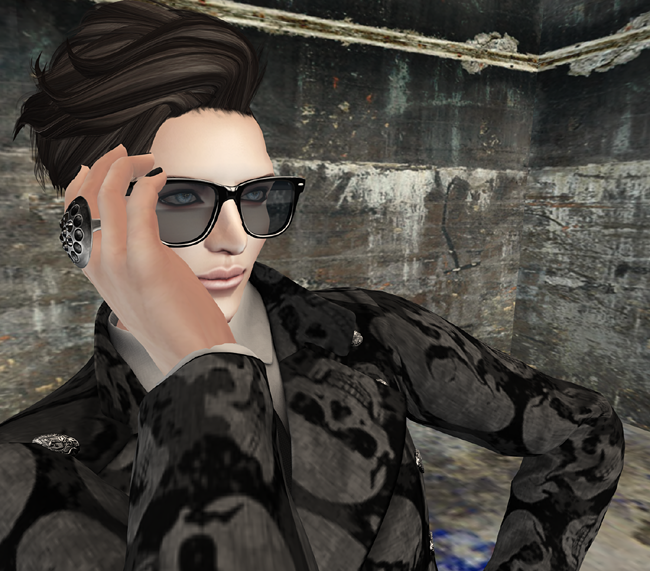