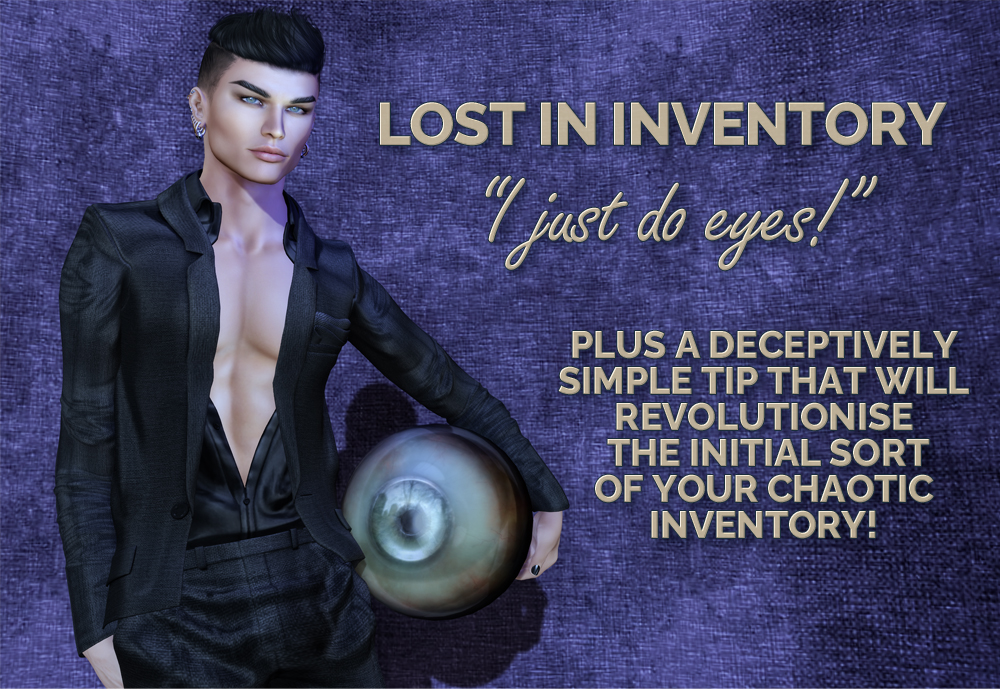 We’re back to it, my sartorial darlings, holding our collective breath and diving back into the virtual chaos that is our inventory. Today’s focus is on eyeballs, but I have an added bonus for you in this post: a deceptively simple tip that will help you in your initial inventory sorting, whether you’ve already attempted it once (or several times) or are taking the plunge after months (or years) of avoidance. This tip has revolutionised how I work with my inventory, and I want to share it with you because it could help you, too.

There is an awful lot of inventory sorting advice available out there, but what a lot of it boils down to is one simple statement:

You’re the one who has to wade through your own inventory on a daily basis, so the method that you choose has to make sense to you.

Now, that’s all well and good when it comes to the actual structure of your eventual filing method, but what if – like most of us – you’ve not yet reached that virtual Nirvana, and are still trudging reluctantly through the morass of folders that – in desperation – you’ve labelled “OMFG SORT THIS STUFF OUT” and then promptly ignored the existence of for the past 2 years? How do we even reach that filing structure if we’ve got stuff quite literally all over the place?!

Does any of this sound familiar to you? 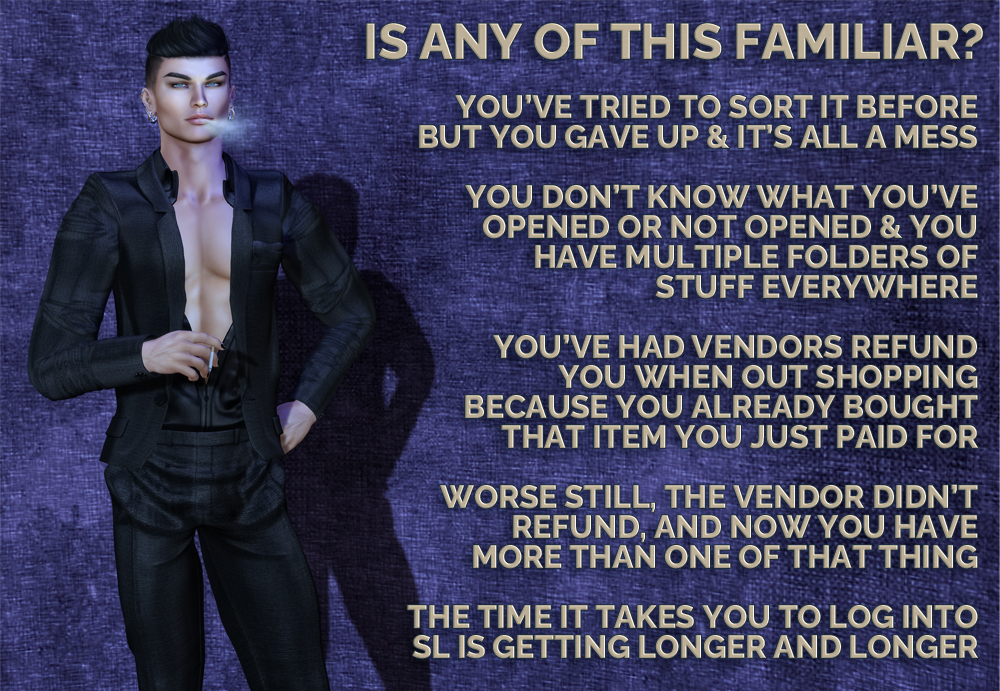 We’ve all been there, and a large majority of us are – I suspect – still there. We make a supreme effort. We delete the demos, the notecards, the landmarks, the unpacker scripts, the sizes we don’t wear… and then within a couple of week we’ve hit up Fifty Linden Friday, Wanderlust Weekend, Saturday Sale, and Happy Weekend, and our inventory turns around and yells “SURPRISE!” at us. 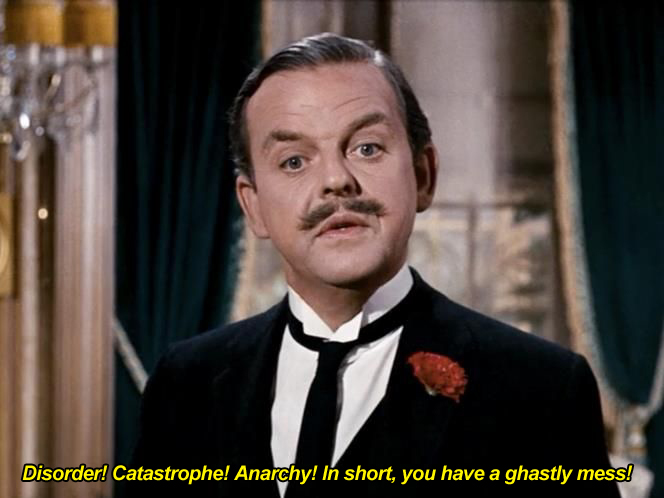 What if we had a way to cut through some of the biggest pain points in that bulleted list up there? What if there was just one thing we could do, that wouldn’t involve too much effort, that we could do while we were otherwise engaged; an inventory sorting task that could be done without spending hours getting cosy with a pose stand, or unpacking anything. Something we could tackle while dancing at our favourite club, or chatting with our mates? 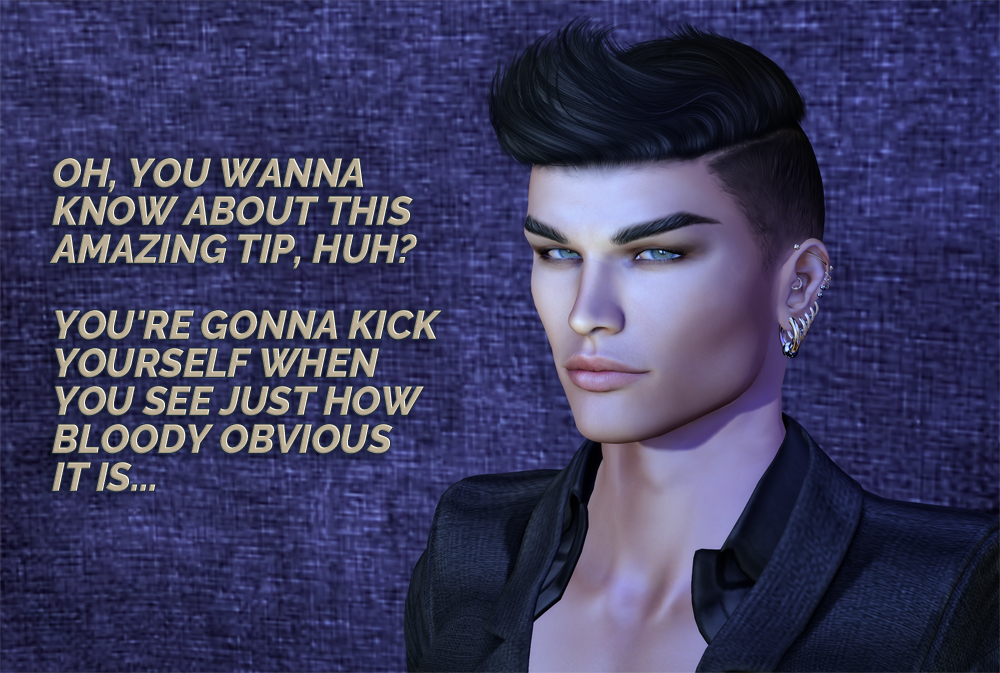 Excuse me while I come over all Lord of the Rings on ya:

No no no. I’m not suggesting that you create one enormous folder to chuck everything into. That way lies disaster; a ‘flat inventory’ that would mean you could forget about logging into SL altogether, because your login would time out.

No, I’m talking about…

ONE FOLDER PER STORE

That’s it. That’s your amazing tip. I’ll wait while you roll your eyes and start protesting, “But Skell, I don’t think of my inventory that way, and all those tips-n-tricks posts say it has to make sense to me!”

Yep, I know. But remember: we’re still trudging around the foothills. We can see Base Camp waaaaay up there on the mountain, but it’s a bloody long trek before we can get to it. We’re not yet at the point where we should be thinking about how we’re going to file stuff. We’re at the point of sorting all that stuff out first. Ever watched one of those ‘hoarders’ series, where the entire contents of the house is dumped out onto the lawn to be sorted first? That’s where we are right now, only we’re going to have a whole heap of lawns. One for each store, to be exact.

Bear with me. I promise this will make sense. 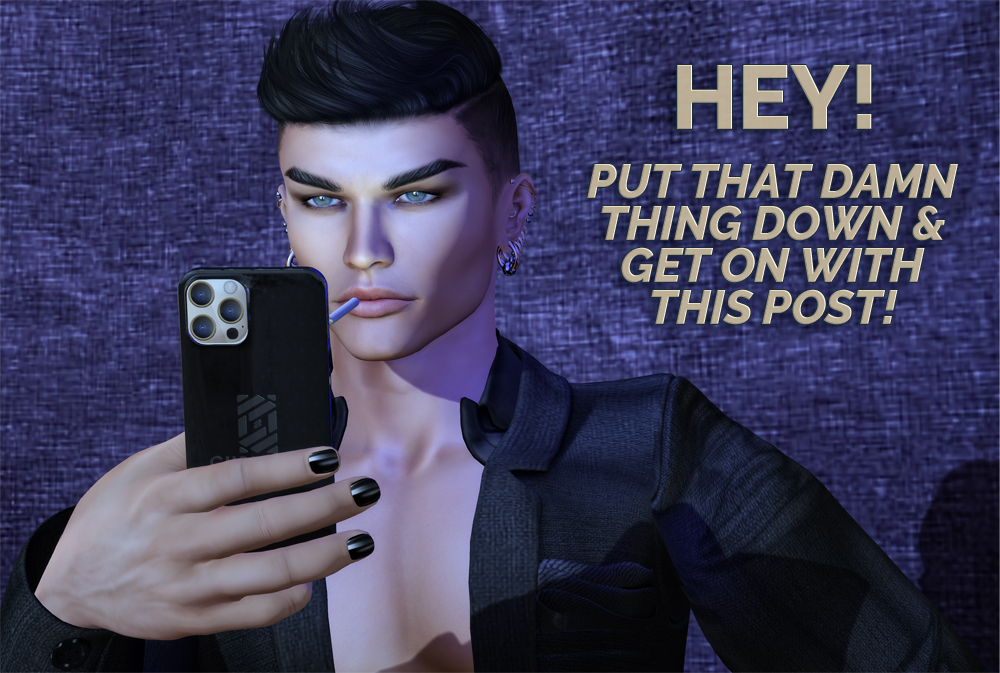 (I swear; he’ll do anything to get out of this…)

Because my current sorting focus is on eyes, that’s the example I’m going to use here. You might want to do the same, if you’re like me and regard eyes as fashion accessories, or you might want to start with hair, or shoes, or clothing. I’d definitely suggest starting with some form of avatar customisation stuff; and pick something that you have quite a bit of, from multiple stores. That will help you to understand just how powerful this simple little tip is.

Before you start, rez a box. Stick a nice texture on it if you want. Edit it and change the name to .box:  (make sure there’s a space after the ‘.box:’). Then, shift-drag a whole pile of them; as many as you have space for. 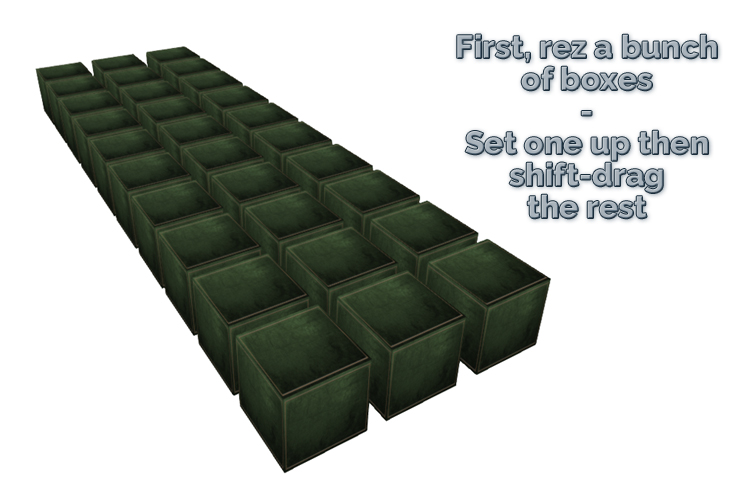 The store that I’ll be using for my example in this post is Avi-Glam, and it’s a good example. Avi-Glam are mostly known for eyes, but they’ve also made skins, makeup, and brows. And, while I do have skins, makeup, and brows from Avi-Glam, my task today is to work with those eyes. This means that my ‘store folder’ is going to be created in my inventory’s main ‘Body Parts’ system folder. If I were working with ContraptioN items, my folder would be created in the main ‘Clothing’ system folder, even though ContraptioN also make decor items. You get the idea. 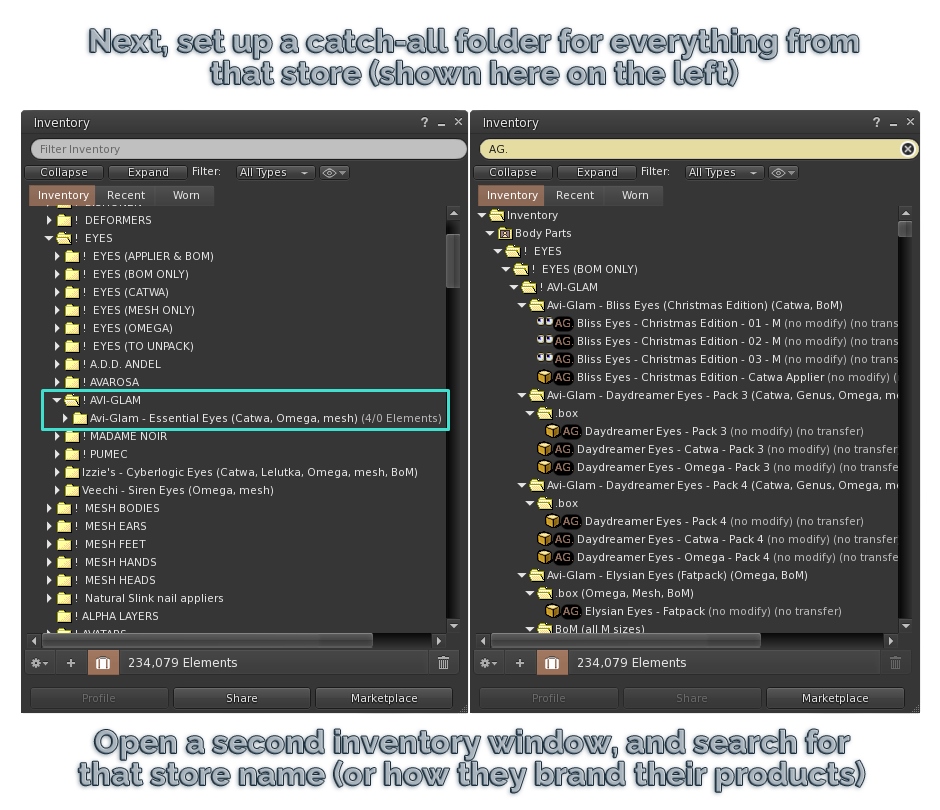 I then close all the folders in that window with the search term in it. 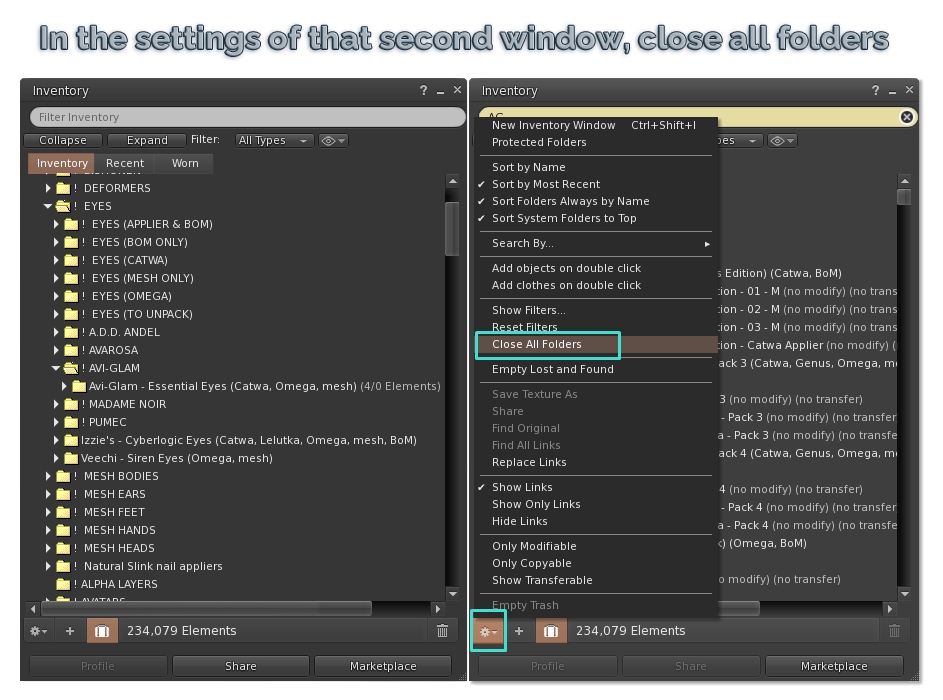 Once that’s done, I expand each folder one by one, finding all the Avi-Glam folders and boxes inside, and dragging them into the newly created ! AVI-GLAM folder. (If you’re worried that you might accidentally drag things into the contents of your house or building platform, you can also cut and paste the items in.) 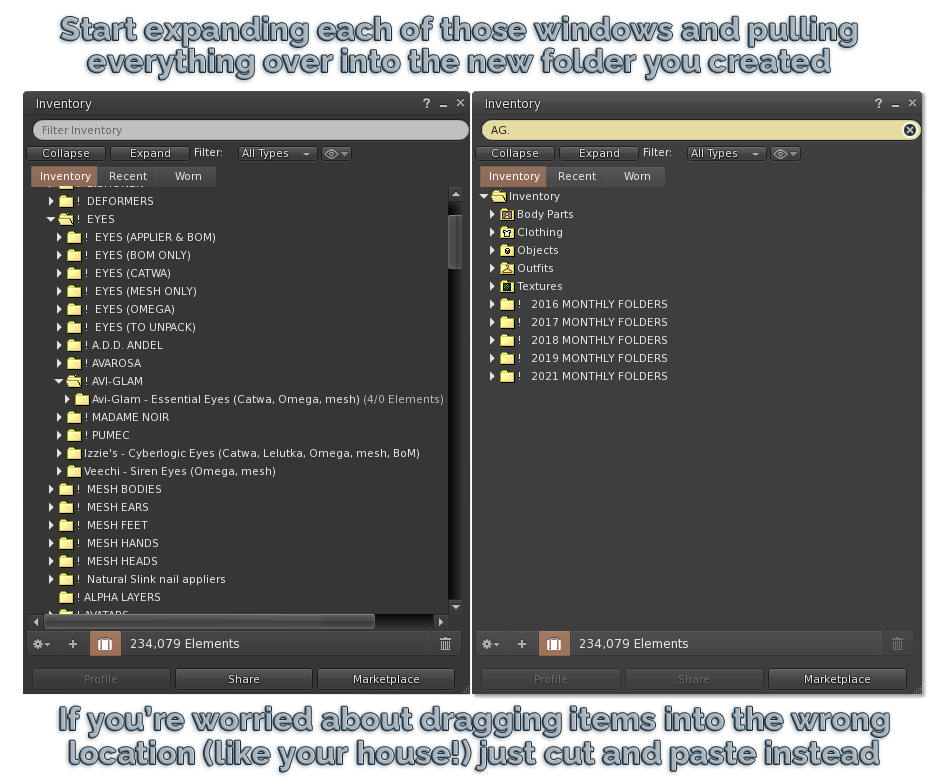 Here’s the important bit: Move absolutely everything across. Every folder and every box. No judgements, no hesitation when you realise you have duplicates; just keep going. Don’t forget your Received items folder, too. Textures, if you saved any ad textures. Even landmarks. Put everything in that folder. This is the bit you can do while you’re otherwise occupied, and believe me: you’ll have a lot of folders to set up, search terms to use, and cut/pasting to be getting on with!

Once you’re done, check that your inventory is sorted alphabetically, and prepare to be horrified. 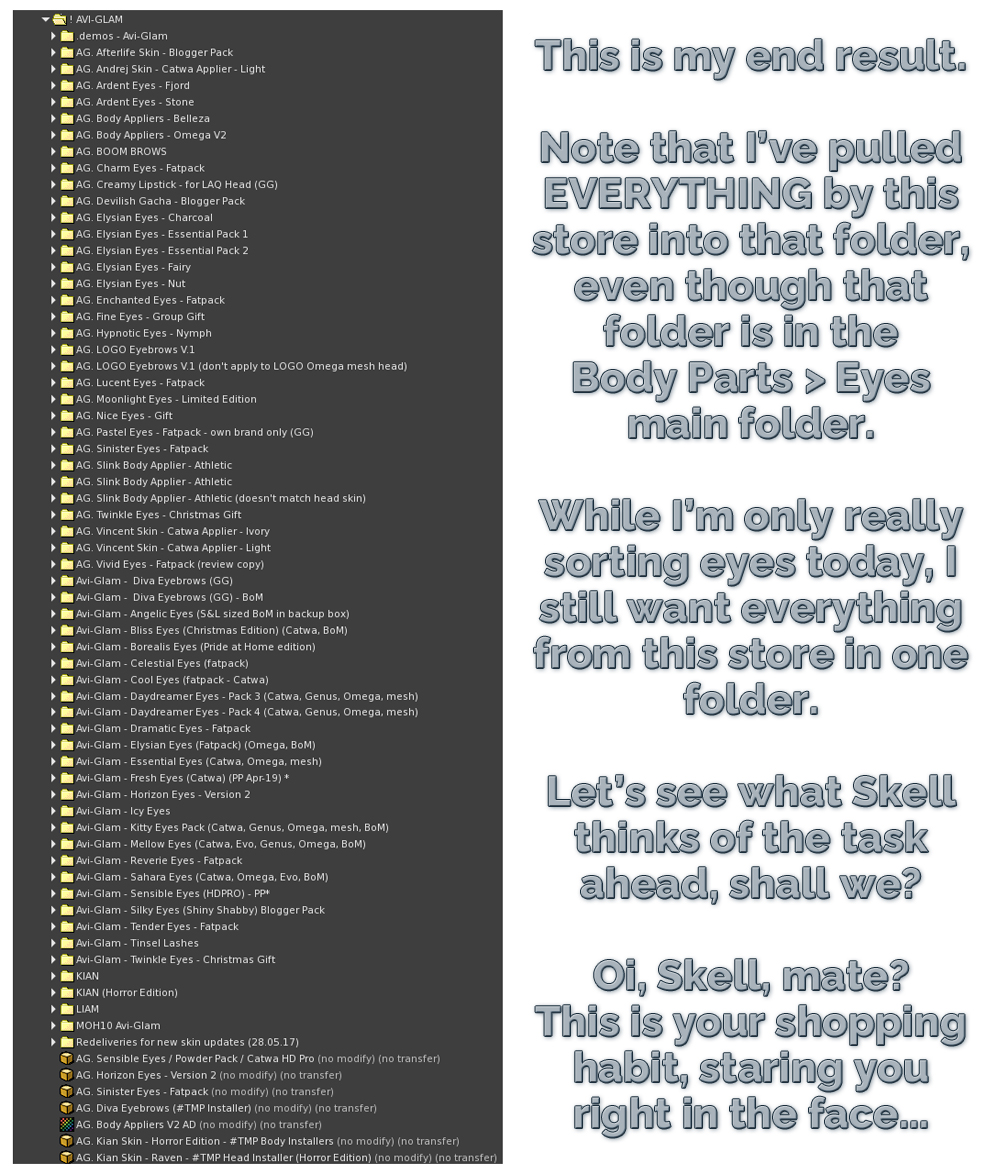 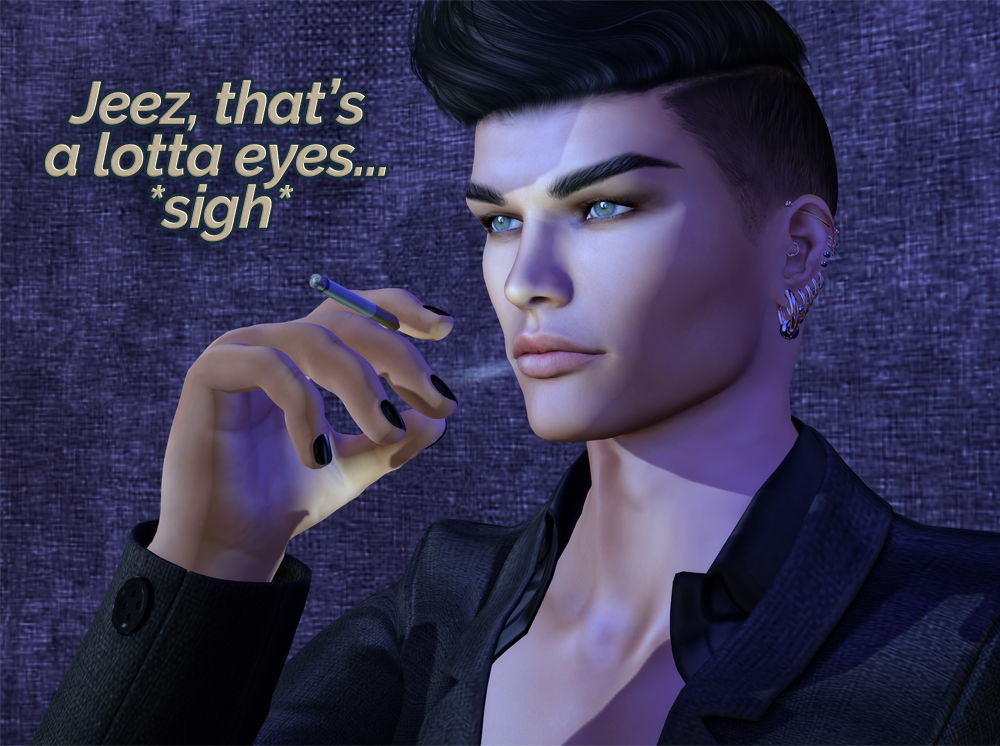 It sure is. But, out of control shopping habits aside, this is the point where you truly begin to see what you have. You might have an object named the same as a folder. Great; looks like you did unpack that. Erm… maybe three times. Oops? 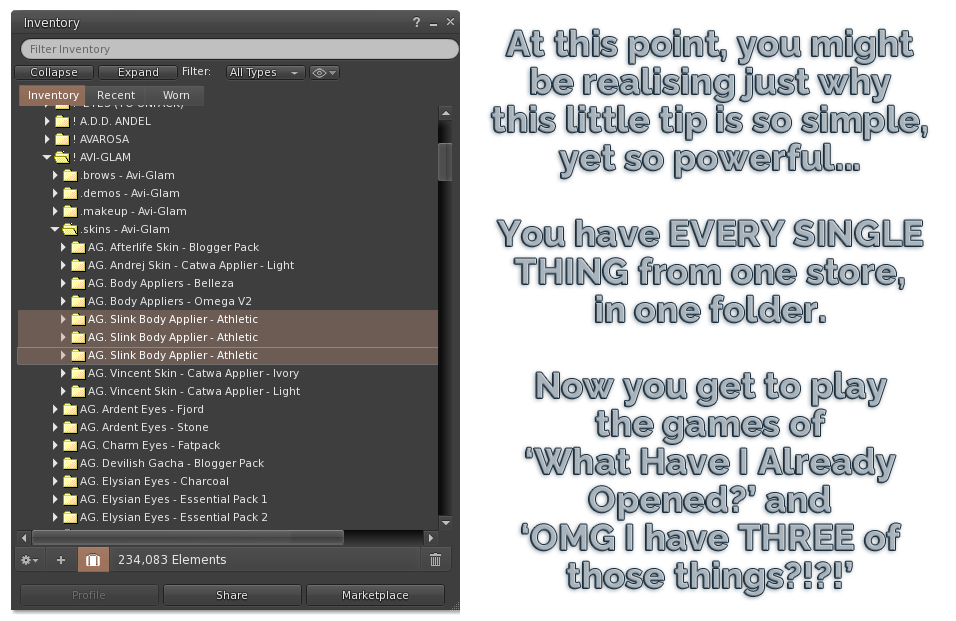 Now that you have everything from that store in a single folder, you have a few choices for what to do next. You can:

If you do No.1 on that list, keep those items in that main, single store folder for now. Don’t start creating sub-folders elsewhere in your inventory. Remember: one folder per store, and put that folder in the place that you either have the most items of, or that the store is most known for. 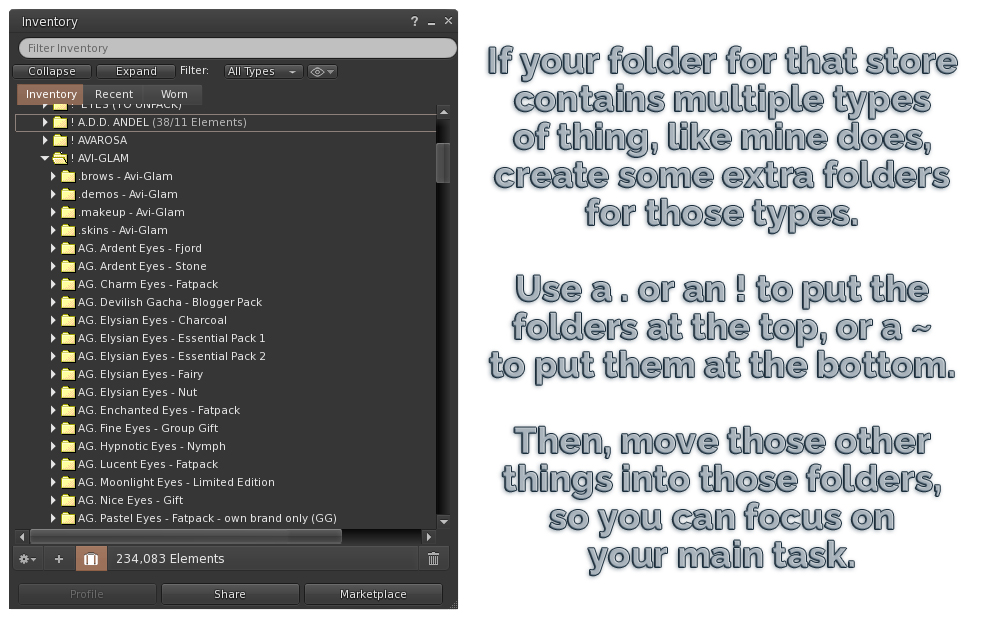 If you do No.3 on that list, carry on reading, because we’re now going to head in that direction.

There are lots of different ways to tackle a single store folder, but the way I do it is like this: 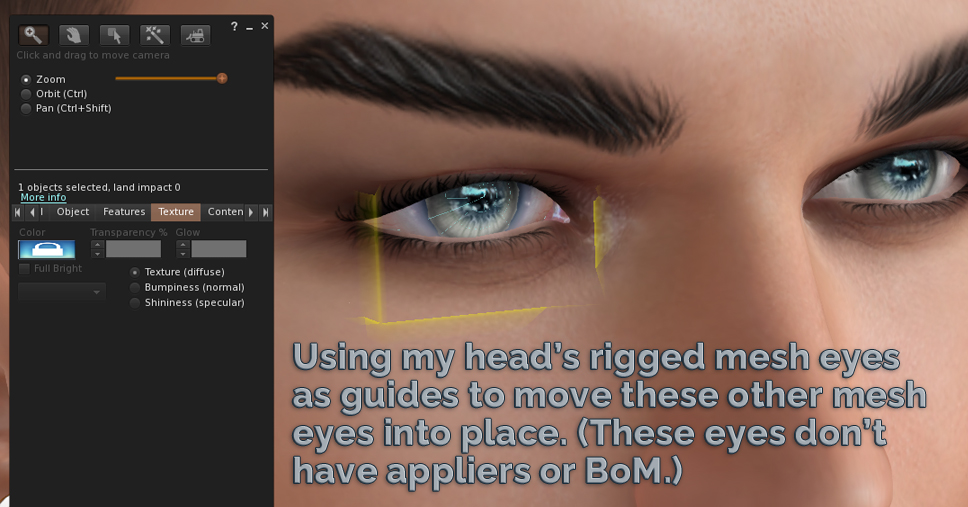 By the end of my sorting session, I have this: 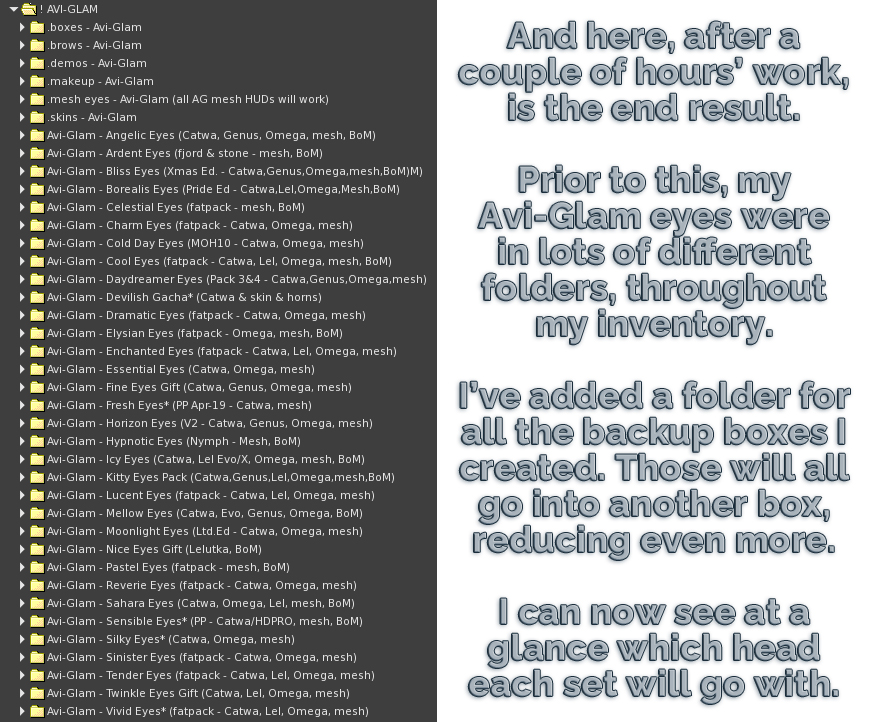 Note that .mesh eyes folder. I discovered that – for the older Avi-Glam own-brand mesh eyes, all the different HUDs would work on the same pair of eyes. That meant I could keep just one pair, adjusted for my preferred mesh head) and get rid of the rest.

From this point, I’ll start working my way through those other sub-folders, but – crucially – they will stay in that main ! AVI-GLAM folder until I’m ready to start working on my eventual filing system.

The backup boxes could all be put into another box, reducing my inventory count by just a bit more, too. 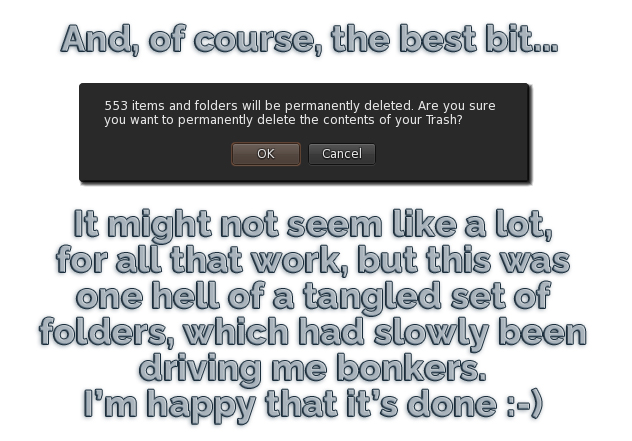 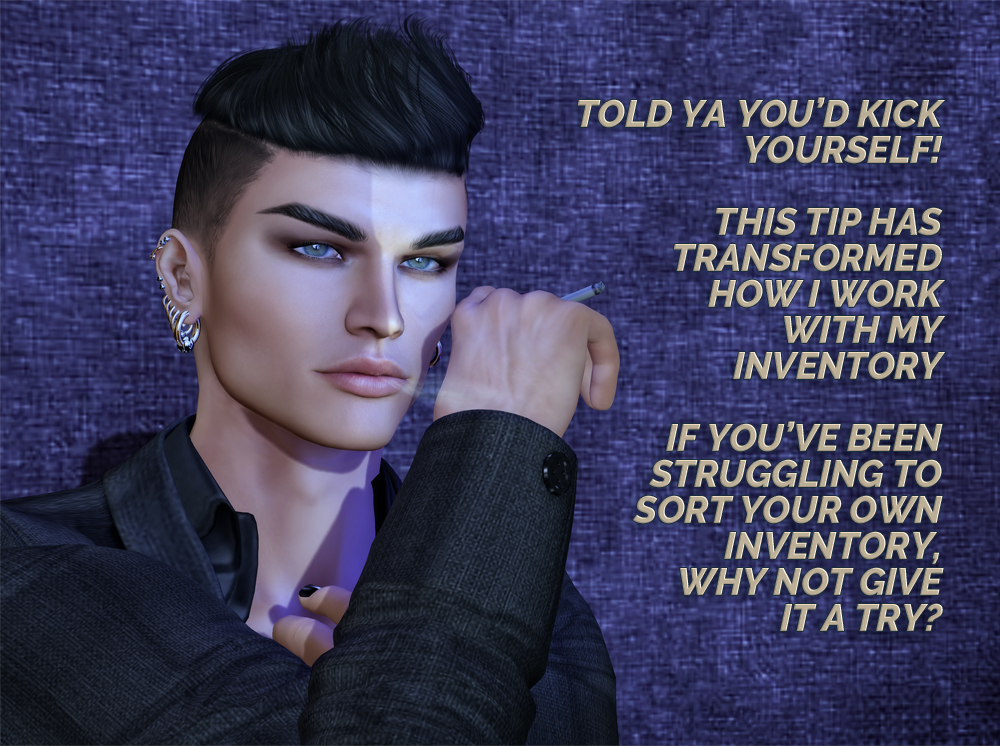 So there you have it. One very simple little tip that has literally revolutionised how I sort my inventory, and I think it could do the same thing for you. Of course, it won’t work for every single thing you own. You’ll probably have many items that are a ‘store one-off’ so it’s pointless creating a single store folder for each of those. You can figure out later how you want to handle them (I haven’t even considered how I’m going to handle my own one-offs, so I won’t try to give you advice on that) but this tip will help you to sort out the vast majority of your stuff.

The reason so many of us feel overwhelmed when we try to sort our inventory is that we don’t actually know what we have. We try to file things into lots of different folders, sorting and categorising, and then partway through filing we realise we want to change that filing system because it’s not quite right for us, but we’ve already done so much of it, so we just create a ‘TO SORT’ folder, and shove it all in there, intending to start again, and then and then… we just give up.

Once you know what you’ve got, you’ll be in a better position to start thinking about how you want to file it all.

I’ve got a long way to go, but already this week I’ve reduced my inventory by almost 3,000 items. Let me know in the comments if you’re going to give this tip a try, and – if you do have a bash at it – how you got along with it. As always, comments will stay open for 30 days after the date of posting, and will close after that date (since spammers like to try hitting older posts). 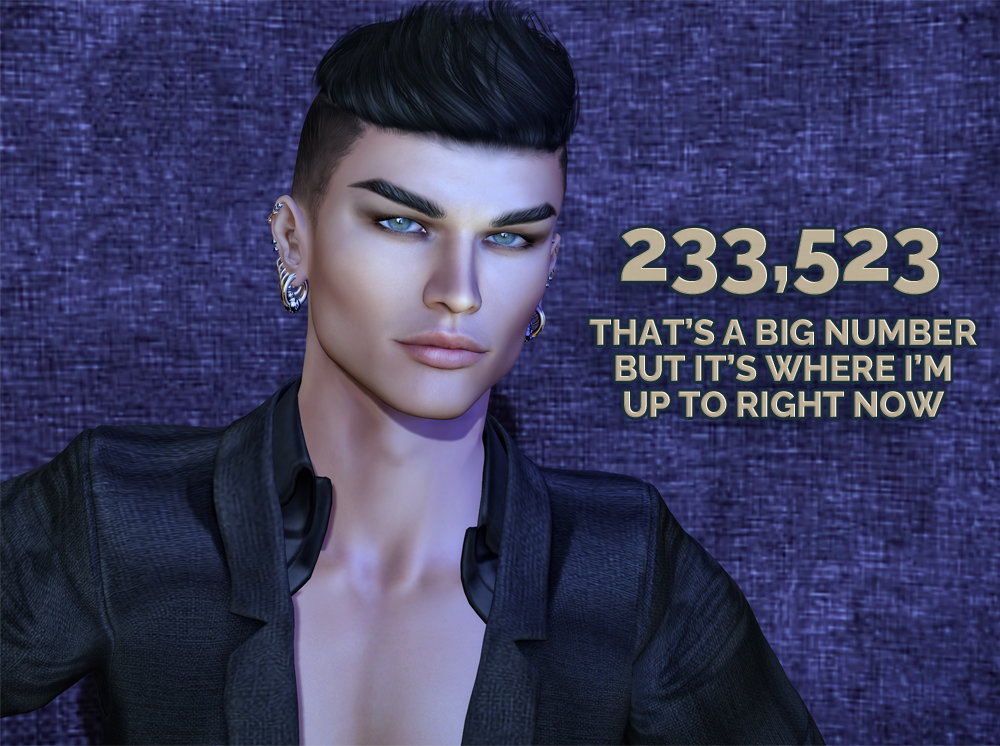 3 thoughts on “Lost in Inventory: “I just do eyes!” (Plus an awesome tip for that initial sort of your chaotic inventory!)”