Camshoppers of the world, UNITE! 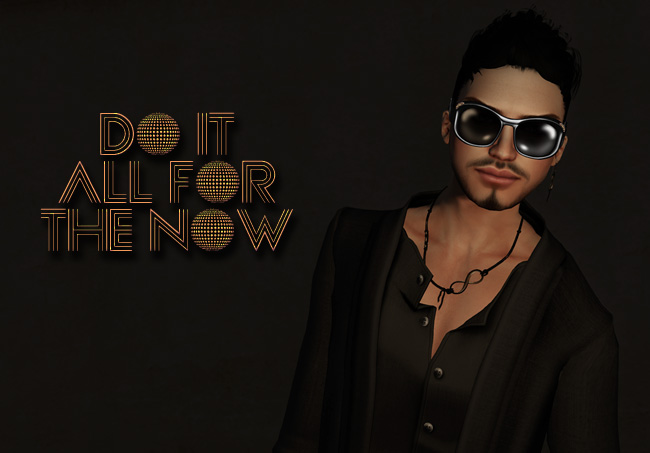 The new Mens Dept collection doesn’t open until tomorrow (August 5th) but when I nipped over there today there was a gaggle of intrepid camshoppers hovering outside the closed store, so I joined ’em, grabbed demos, spent 15 minutes trying stuff on, and legged it back to make my purchases. Luckily, everything out on my ‘wanted’ list of the demos that I’d snagged was already on sale. Bingo!

So, what do we have? Well not everything was available, of course, but this is a full look from what was available, and I’m damned chuffed with it. Possibly the two standouts for me were the mesh items from Redgrave (seriously, that store was very high on my shopping list way back in about 2009 when I first started getting heavily into SL fashion, and I bought just about everything they made, from clothing to footwear), aaaand… a new avatar from Æros, complete with all the extras they’ve been offering of late, from facial hair and Slink appliers, to hair and eyes.

So, to begin with, an artsy-fartsy shadow shot, because what’s a fashion blog without one of those, eh? ;-) 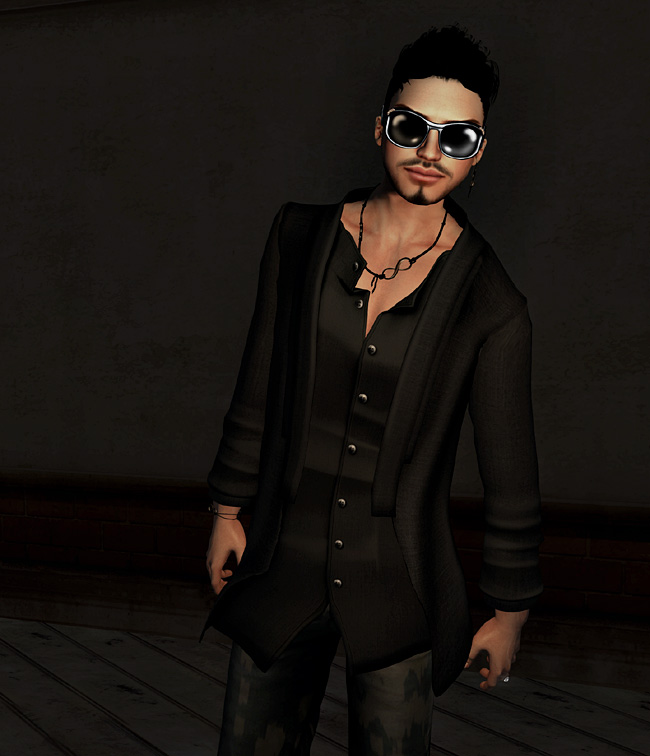 And now, onto the stuff you can actually see :p

The jacket and shirt combo is from Scars (another store I’ve been buying at for donkey’s years) at Mens Dept. I really love this; loose and casual, understated-yet-classy. You’ll get a HUD to change the colour of the shirt with each purchase. 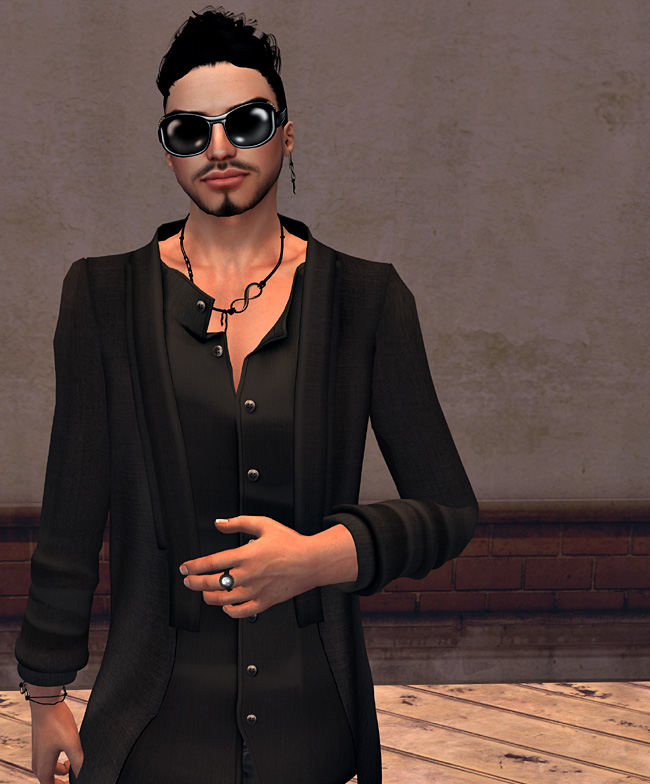 I’m wearing jewellery from KOSH, another firm favourite of mine: the Infinity  necklace, earring and bracelet, plus the Raised Moon  ring. All four are slightly grungy, but work well with this look.

The “no photos, please!” shades (actually called the Obscurity Shades; I’m being facetious really) are from Modish at Mens Dept. Plenty of colours available and two variants in each pack: one with and one without the studs on the frames. And the hair is from Moon, also at Mens Dept. You’ll need a hairbase with this, as it doesn’t come with one, so I dug into my Dura folder and pulled out a black hairbase from there. 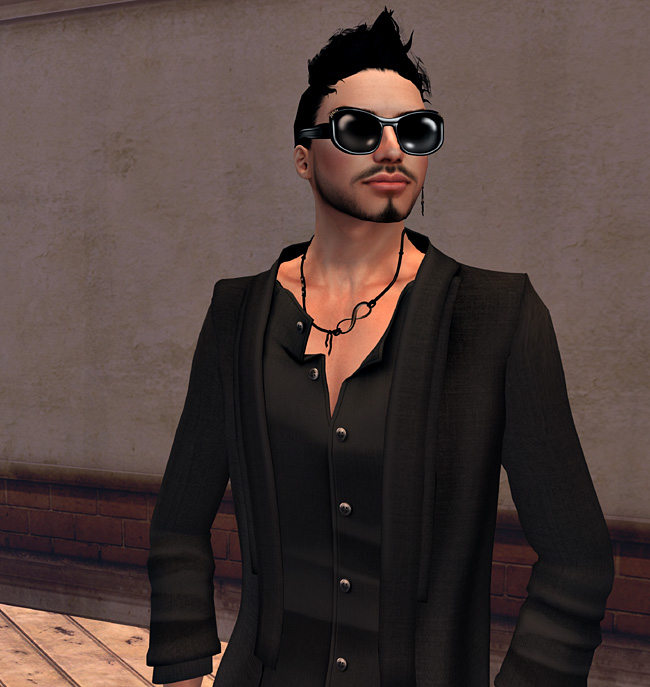 Onto the jeans, and by god I fucking love  these. They’re leather pants in fitted mesh, and oh boy do they have a great butt on ’em – enhanced, of course by your own butt sliders, for which oh! be happy! No more flat butt mesh because some creators don’t give their clothing the same kind of arse that you like to have. Now you can have the backside you  want. <insert snoopydance here> 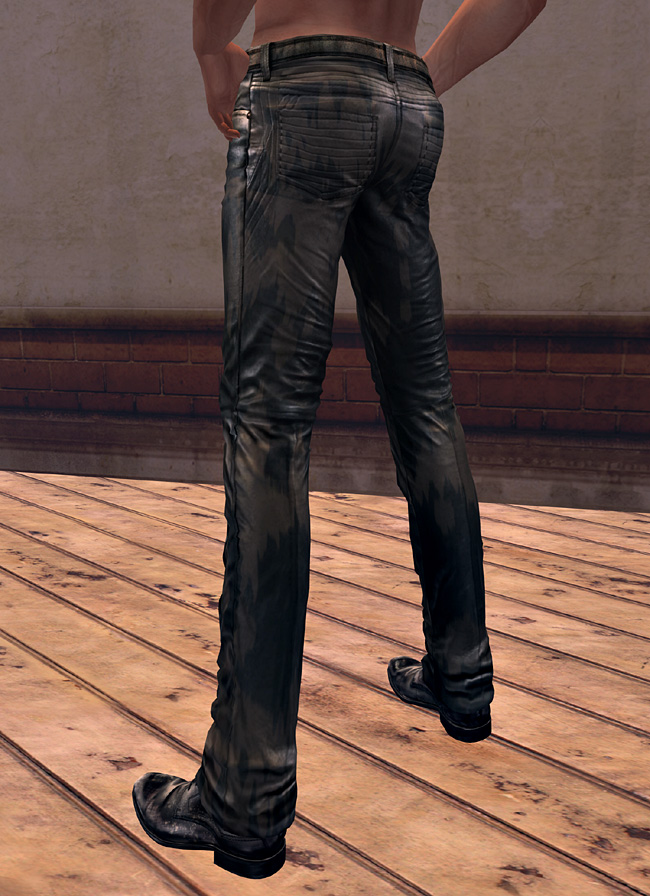 And while we’re on the subject of Redgrave, here are the shoes in close-up. At Mens Dept you’ll get three pairs for one price. I’m wearing the dirty black pair here. 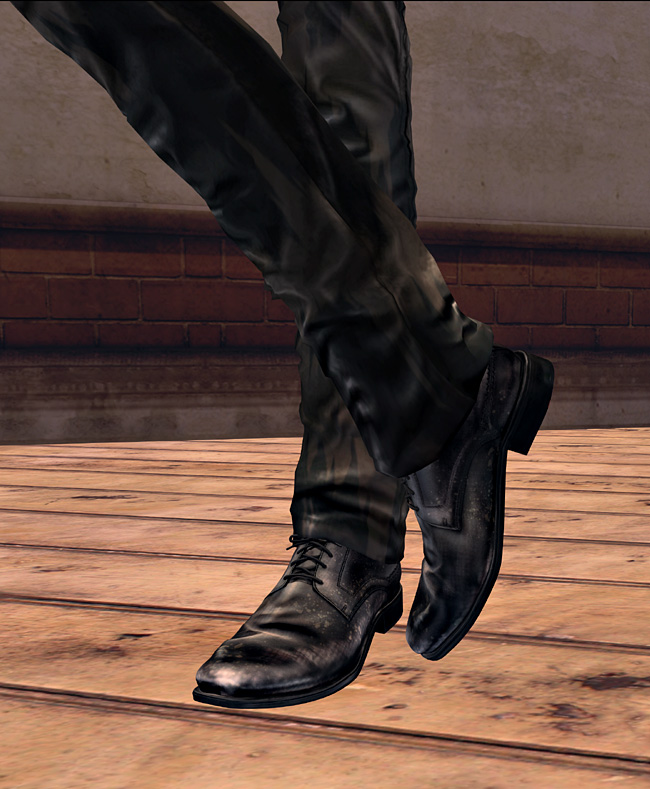 And now, my sartorial darlings, we move onto the skin. I own several avatars from Æros, and they’re all beautifully-done. Recently the designers have included lots of add-ons, such as Slink appliers for hands and feet, separate facial hair options, and even hair. And, as every bloke in SL knows, Æros also make damn fine dicks, too ;-)

So, the detail. How detailed is this skin at Mens Dept? Well, do you own any other skins that include an ear piercing  hole? Nah, didn’t think so, but this has one, and I’ve moved my earring aside here to show you: 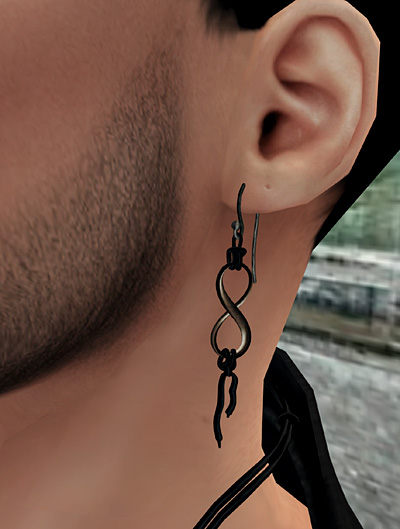 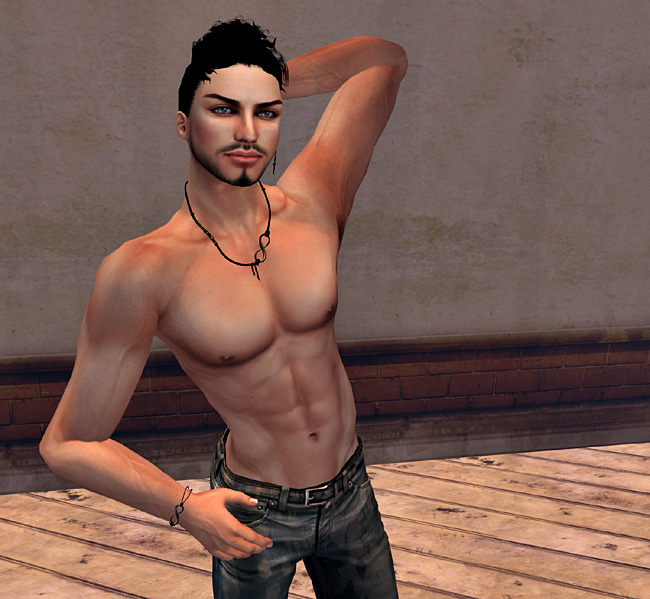 The beard is an add-on, but just look at those fierce brows and the shading around the eyes. Oh, and you also get decent underarm hair on this skin, as well as some finely-done veins on the arms and legs. Oh, and ABS OF STEEL. Rahr.

Seriously, this skin is gorgeous. Also on sale is a shape, but the skin worked so well on my usual shape that I kept it that way. 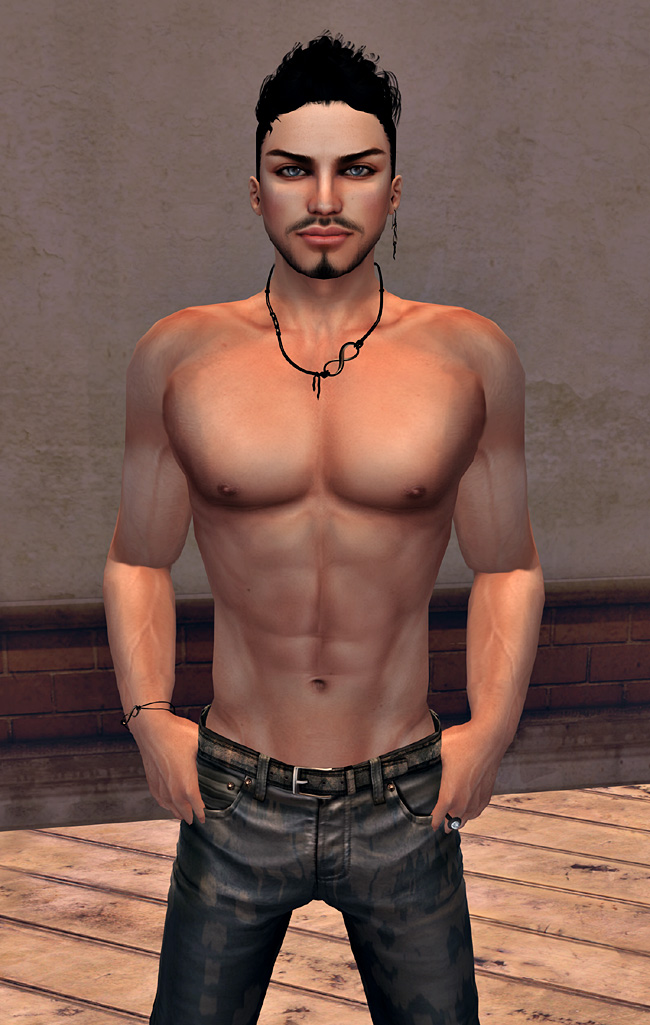 The Mens Dept can be found here. The collection opens on August 5th.

Sexist as all hell, but a stunning video nonetheless (I love the ballet dancer; she’s such a powerful creature). And oh,  those beautiful Lamborghinis :-( 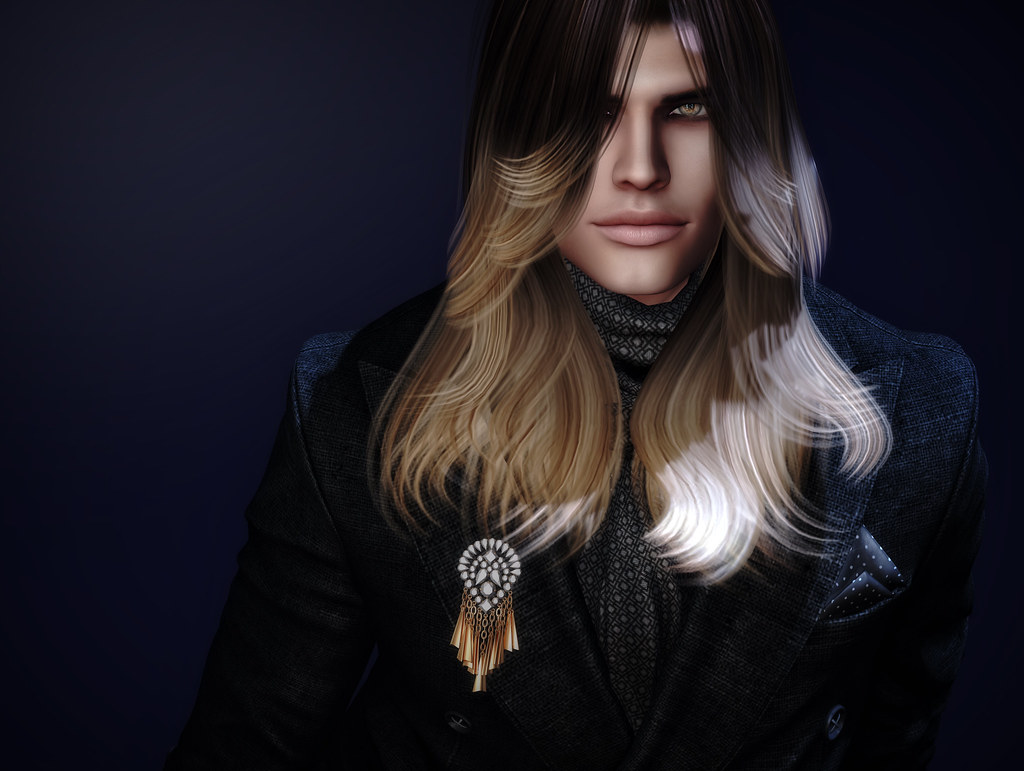