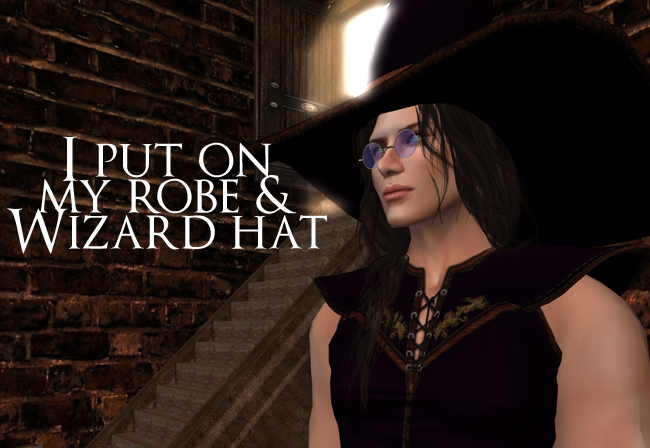 About three miles away a failed wizard was hanging by his hands from a high branch in a beech tree.

This was the end result of five minutes of crowded activity. First, an enraged she-bear had barged through the undergrowth and taken the throat out of his horse with one swipe of her paw. Then, as Rincewind had fled the carnage, he had run into a glade in which a number of irate wolves were milling about. His instructors at Unseen University, who had despaired of Rincewind’s inability to master levitation, would have then been amazed at the speed with which he reached and climbed the nearest tree, without apparently touching it.

Now there was just the matter of the snake.

It was large and green, and wound itself along the branch with reptilian patience. Rincewind wondered if it was poisonous, then chided himself for asking such a silly question. Of course it would be poisonous.

“What are you grinning for?” he asked the figure on the next branch.

I CAN’T HELP IT, said Death. NOW WOULD YOU BE SO KIND AS TO LET GO? I CAN’T HANG AROUND ALL DAY.

“I can,” said Rincewind defiantly.

—Terry Pratchett: The Colour of Magic

I seem to be filling this blog with nothing but memes of late. I guess the fashion inspiration is taking a snooze at the moment. This week’s Monday Meme from Berry is asking whether you’re a geek, a nerd, or a dork. As to why I’m posting it on a Tuesday? Well, because reasons. (Scroll down and you’ll see.) 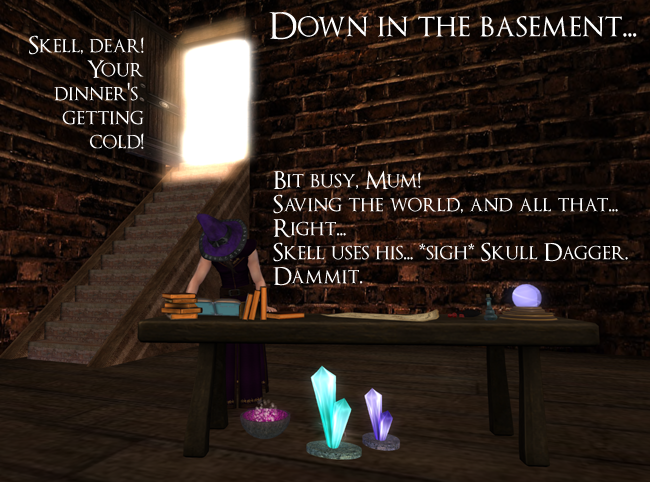 Meme Instructions: Create an image depicting what you consider to be geeky/nerdy/dorky and/or answer the following questions:

What do you consider yourself to be? Geek? Nerd? Dork? None of the above? All of the above?
A bit of all three, to be honest. Being English makes it hard for me to tootle my own trumpet, as it were (oh hush; that’s not a euphemism!) but sod it: I am smart. I love gaming (hello, Steam Sale; thank you for bankrupting me when you happen!), and as to the internet… well, that goes without saying. So that’s Geek covered. Nerd? Yeah, I don’t do too well in large social gatherings. I pull on a decent enough mask when I’m surrounded like that (and a few drinks always help), but so help me god, I need to escape to a quiet place to decompress after a few hours. As to ‘large quantities of knowledge’? I was that kid with the “100 Bits of Useless Information” books in my bedroom, and I devour stuff like the QI books these days. Physics isn’t the field of science that my job is in, but give me a (written for the relatively intelligent layman, because even I gave up on THAT infamous page of A Brief History of Time) book on Quantum Mechanics*, and I’ll be lost for hours. And dorky, with its odd interests and quirkiness? Ah, if you only knew me… ;-)

*Michio Kaku’s Hyperspace is a good layman’s introduction to that, incidentally.

What was the first computer you ever owned?
A past boyfriend had an Atari 800XL, on which I recall spending something like three hours manually typing in a program that was printed in Atari Gamer magazine, only to find that his tape cassette machine was broken and the entire game couldn’t be saved! We used to take it in turns to play Mountain King and see who could exit the caves the quickest. I usually won :p

My first personal computer was an old reconditioned IBM office model that I bought for fifty quid from my job at the time. It had a green-on-black screen and the spreadsheet software was Lotus 1-2-3.

When and how did you first get on the internet?
Geek (or should that be ‘packrat’?) that I am, would you believe that I still have the receipts for the first computer that I actually got online with in my own home? Before that, though, I was a regular at my local library, which (back then) had six terminals, at which – upon presentation of one’s library card – one could have 30-minute stints at a time (and continue in 30-minute increments, as long as nobody was waiting for a terminal). I learned early on to keep an eye on the timer and save my work frequently. When I think back to the things that keyboard saw me type… God, the librarians would have blushed ;-)

In my own home, though, my first ISP was… (shit, what was it again? It was bought out by Tiscali, who then became TalkTalk) – oh yes! Line One! I was on a 56k dialup modem, with its familiar squeals and squeaks, and I still have (not so) fond memories of Kazaa sessions that took 30 whole minutes to download a single mp3 file before timing out JUST as the file was about 10 seconds from the end. That first PC ran Windows ME (bastard thing that was), and it was back in…

*goes to dig out receipts*

*returns 15 minutes later, covered in dust and dead spiders* OK, they’re somewhere in the loft, and I’m not digging any deeper. I do still have them, so take my word for it. Windows ME. Look it up :p 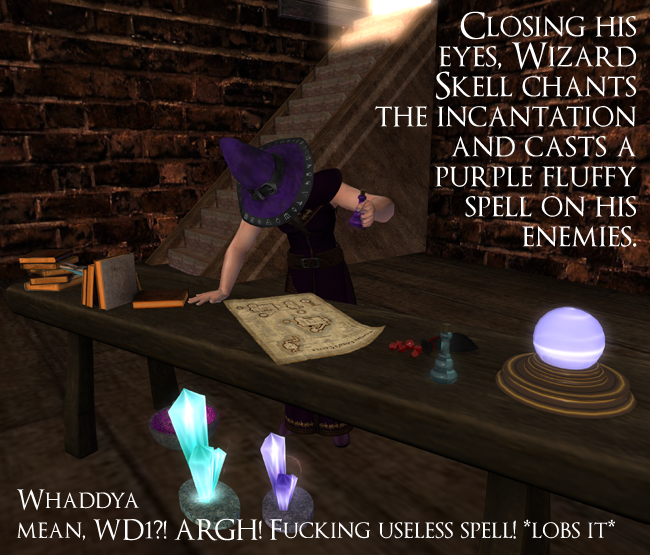 Which geek fandom do you subscribe to?
Terry Pratchett’s entire Discworld series. Oh my god, I am such a friggin’ fan of that man’s intellect and observational skills! To see just why, take a look at these quotes from the Discworld series. Those are the more philosophical ones, but he’s even better at hilarity:

“He talks pretty big for a gutter wizard,” he muttered.
“You don’t understand at all,” said the wizard wearily. “I’m so scared of you my spine has turned to jelly, it’s just that I’m suffering from an overdose of terror right now. I mean, when I’ve got over that then I’ll have time to be decently frightened of you.”

“Luck is my middle name,” said Rincewind, indistinctly. “Mind you, my first name is Bad.”

The reason why I’m posting this meme today, is because of this tweet from Terry Pratchett himself:

This book was published exactly 30 years ago today. There's since been upwards of 80M more #happybirthdaydiscworld pic.twitter.com/ugG3JmNuDS 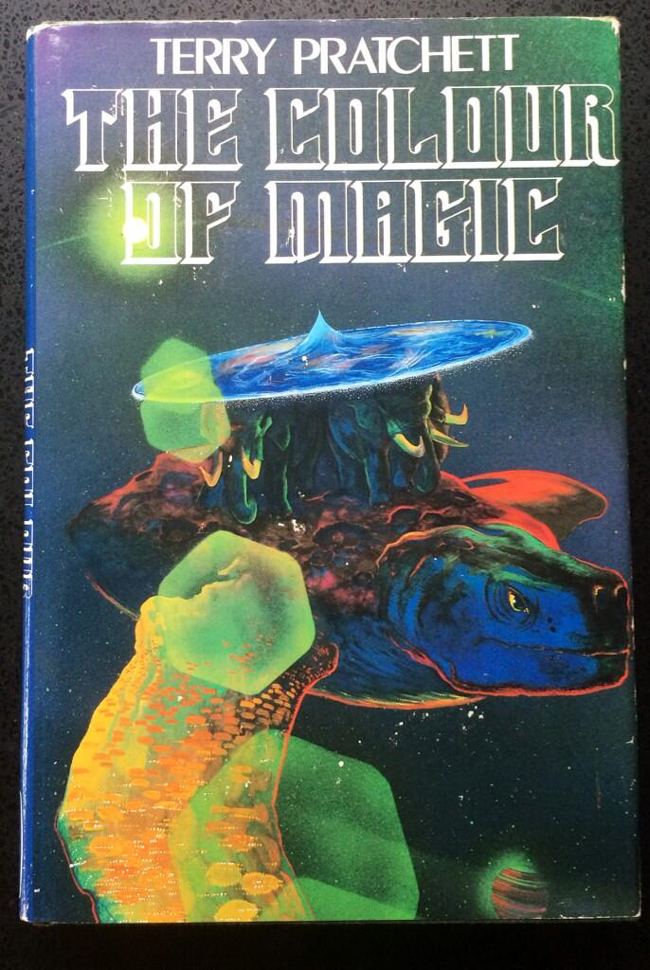 I was gutted when I heard of Pterry’s diagnosis with Alzheimer’s. That disease is fucking terrible at any time, but to strike a mind like his seems especially cruel :-/

Star Trek or Star Wars?
Star Wars, of course! I mean, hello… Han Solo, anyone? (Although, like most people, I’m still side-eyeing Lucas for giving us Jar-Jar Binks…)

How Geeky Are You?
*cough* Um… 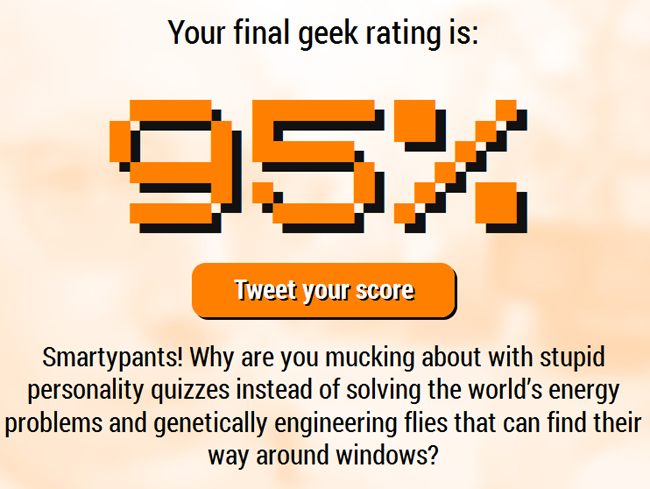 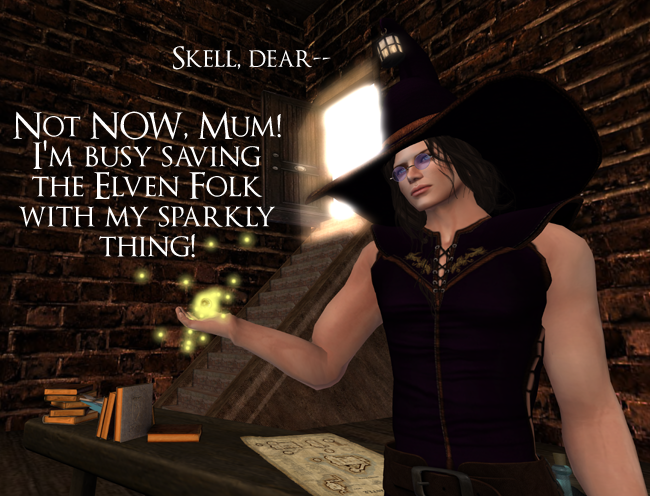 3 thoughts on “The Geek Meme”