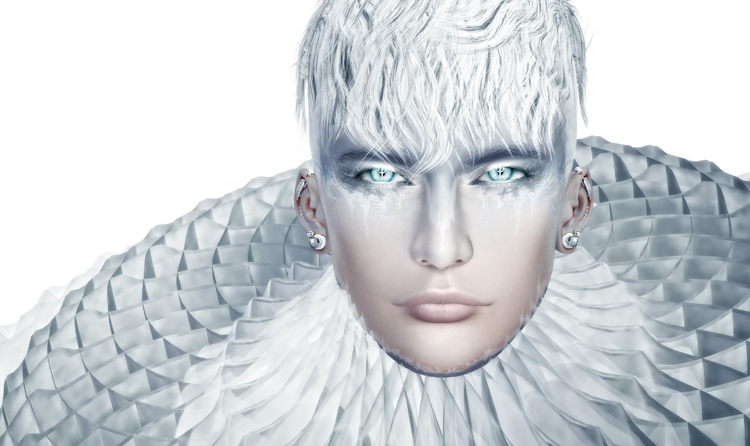 The second I spotted this Elizabethan-style ruff on a cam around the SaNaRae event it was one of those inhale-sharply-GOT-to-have-that  moments. But I had no idea that playing around with Windlight would give me images like the ones below.

It’s by ParxDesign, and I picked up the ‘classic pack’ which features white, blood red, and pitch black. I’m looking forward to what I can do with the others, but for now it was the white one that I immediately had ideas for. Initially they were as the above: pure white and glittery-wintery, but then… oh then  I started playing with Windlight…

The difference a Torley preset (okay, and a couple of filters; I’ll post an unedited shot at the end) can make, huh? I just love the chiaroscuro in these shots. It’s rare for me to fall head over heels with my own photography (I always see the flaws) but these? Yeah, I’m a little bit heart-thumpy over these *g* 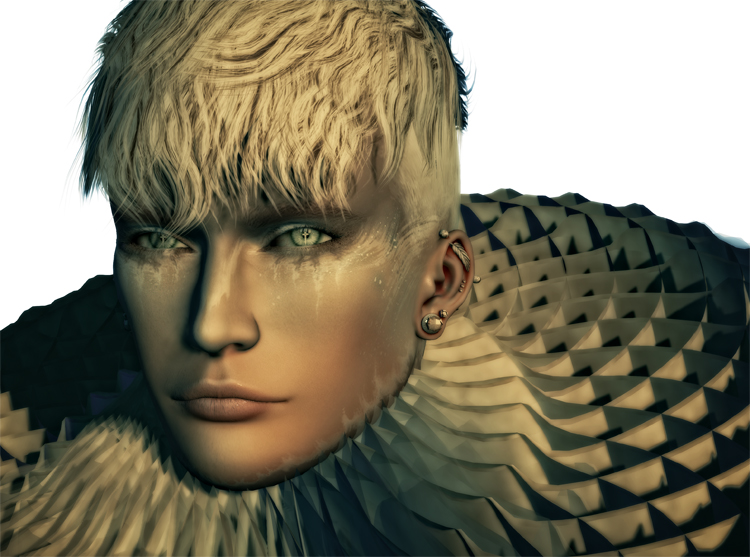 The eyes are by ARTE, and they were initially what I knew  I’d be putting with this ruff, alongside the skin. 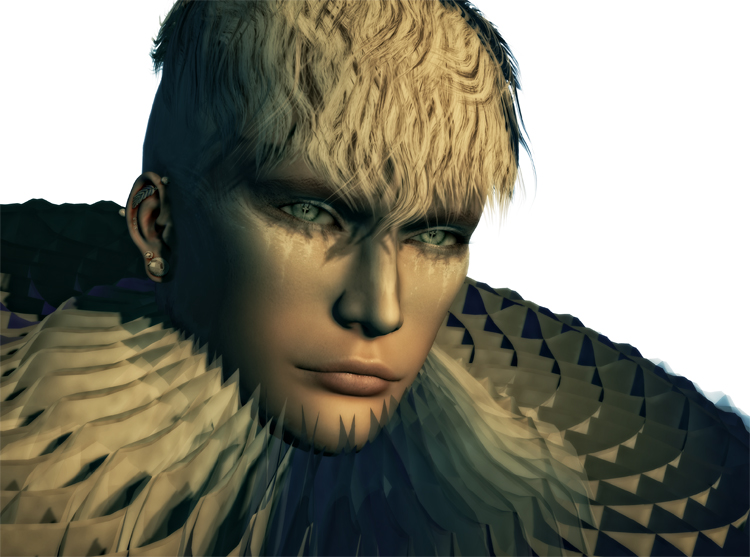 The ears are by L’Etre, who have rapidly become my go-to for pierced mesh ears. Simple to customise with a fantastic colour and tinting HUD.

Lastly, the hair is by Modulus and it’s out at the current (January) Man Cave, which ends in a couple of days, on 31st January. 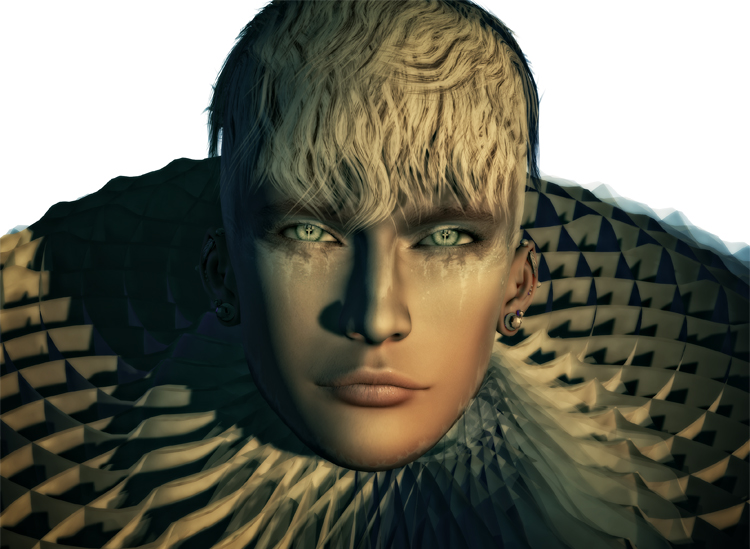 Oh, and I promised you an un-edited pic with that Windlight. It’s Torley’s “Foggy – Southern Delite” setting, and it looks incredible (even without filters) on all-white looks: 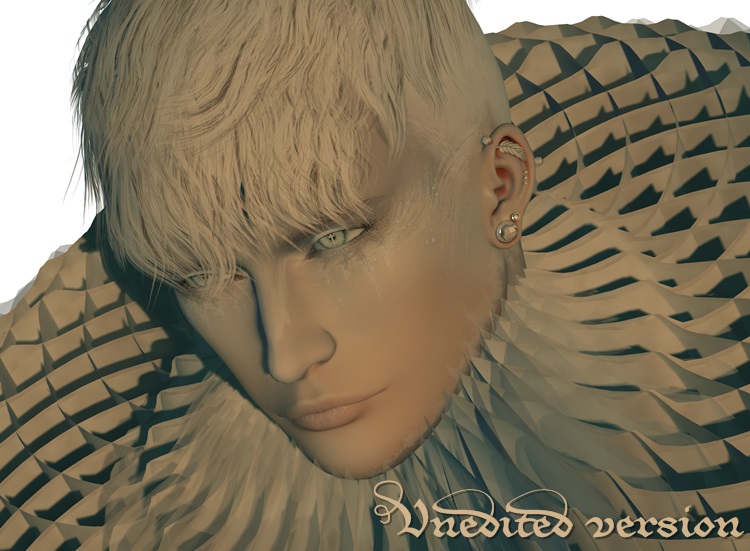